From the editors' desk: why we wrote 'in their own words' 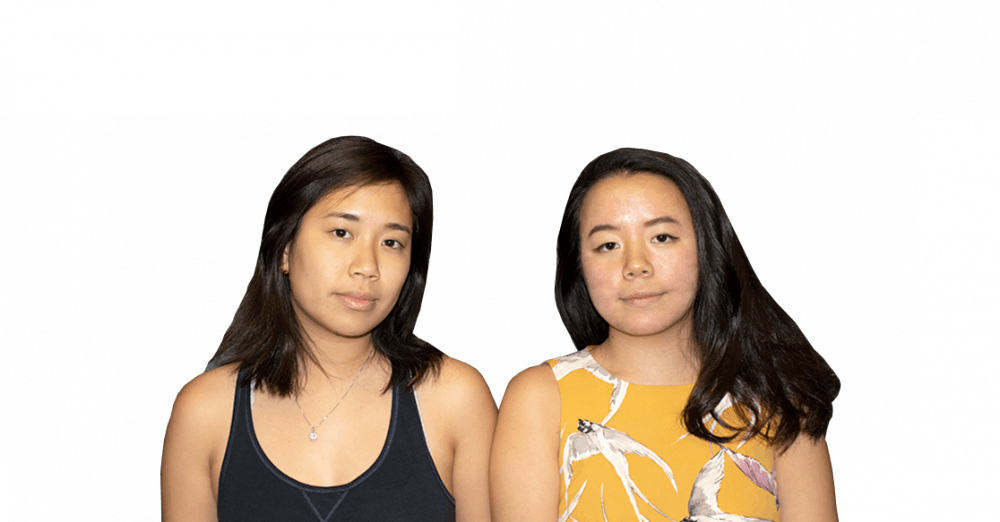 Realizing that the anonymous opinion writer is only one of countless survivors at Rice, we decided to open a call for students and alumni to share their own experiences for our feature, “In their own words: survivors’ stories of sexual assault at Rice.”

The decision to publish the opinion was apparently controversial enough to prompt Houston Chronicle to ask us why we did it. The answer is simple: because the details of the case were factually accurate and the opinion expresses a side of Rice that many Rice students have the privilege to never acknowledge or see. That privilege was on display through the shock and surprise many students expressed to us — that they couldn’t believe something like that happened at Rice.

When we released the form with such a short turnaround time, we expected a maximum of ten responses.

No content warning can truly prepare a reader, particularly a survivor, for the 4,500 words that make up “In their own words.” The dozens of stories in the feature are graphic, shocking and to some, belatedly eye-opening. In total, the submitters wrote over 20,000 words detailing their experiences. Alumni from the ’80s were able to recall with vivid detail the circumstances in which they were assaulted. Those who didn’t submit a statement met with us or spoke with us on the phone for a total of six hours of transcriptions.

Writing this piece was a marathon. From 8 p.m. on Saturday to 4 a.m. on Sunday, we realized with dread that our role had shifted from storytellers to curators. Within the bounds of our own paper, we could not do every story justice. So we had to make decisions on which stories to “cut” — even though every story was important. And for six days, we battled other problems: the question of the word “alleged,” for example, in a world where journalists like us get sued for properly believing survivors. We talked about whether or not we should break our own policy of not allowing quote review, sending quotes back to sources to make sure they were okay. In this case, we decided to. No retraumatization is worth adherence to strict ethical standards. And lastly, we grappled with the conflict between protecting survivors and the Thresher and obscuring the identity of their assaulters. The irony of the latter is not lost upon us.

As a survivor myself, I cannot accurately express my admiration for these survivors who relived their trauma even as I started crying out of sheer frustration for their situation. Who took the time to ask me if I was okay. Who willingly and candidly wrote and spoke of their frustrations, fears and sadness.

At the end of six days, I find myself utterly shell-shocked and fundamentally changed. And I am so fucking angry. At the perpetrators themselves, for forcibly taking away power and happiness from others. At the administration, for letting rapists slip through cracks. At the support structures on campus who let down students with nowhere else to go. But most of all, I am so incredibly angry with myself.

Throughout the process of reading and listening to these 58 stories, I realized with horror that people I interact with on a friendly basis are the perpetrators or bystanders in these stories. That the stereotypes and assumptions I make to go about my day have shielded me from the raw pain of survivors on this campus. That despite my best efforts, and despite the fact that I have experienced my own personal traumatic hell, I have unknowingly failed so many people in my four years here.

In the process of writing this piece, I’ve read and memorized over fifty survivors’ stories. There are some I will never be able to forget.

But for each one, there is a survivor who lived through it. Then they took the time to relive it in telling it to us. I can’t tell you what it means to me to be trusted with these stories. And I am so sorry.

I beg especially those of us who are not survivors to read this piece in full. Reporting on this piece has changed me and how I think about being a person in a world where assault happens. If you think you’re doing enough, you’re not.

Reporting this story is the first time that I have come to fully understand my own failures. I have smiled at my friends’ rapists. I have allowed them to feel at home and comfortable in social spaces, knowing the irreparable harm they have inflicted on people I love, because I was too nervous to become socially ostracized myself. I have heard others talk about them positively and not said anything. I hide behind the fact that I don’t want to inadvertently out their survivors. But I know I do it because I’m too weak.

And I have failed in other ways. Worse ways. I have failed to ask questions. Failed to be there. Failed to support my friends when they needed me the most. When I wrote “7 of 70,” I did it out of the selfish desire to feel like I was doing something good. I don’t know if anything actually came out of it. So many people have continued to be hurt. Christina told me that she’s scared that after all of this, nothing will change. I don’t know if anything will. I can’t promise anything to anyone. Just that I’ll listen to them. I will pay attention. I will, finally, hold rapists accountable. We need you to, too.

Don’t let this die in bureaucracy. Listen to your friends, question yourself, protest, if you want.

We researched, wrote and published “In their own words” to challenge the student body to take a deep look at themselves. You’ve read accounts from students who were assaulted by not only strangers but also their friends, their advisors, their professors. You’ve read accounts from students whose lasting anger remains not with their assailant, but with the friends who failed them in their time of need and the bystanders who overlooked their incoming trauma. Your takeaway should not be to otherize rapists and assaulters as inaccessible bogeymen but rather to evaluate your own behavior and inevitable participation in rape culture.

If there’s a line being drawn, think twice about which side you’re on. Before you hit share on this, before you sign a petition or participate in a protest, think: Have you defended a friend based on the character you saw in them, instead of listening to a survivor? Have you believed or spread a rumor about someone’s hookup without considering the possibility that it might not have been consensual? Let someone go home with a person they didn’t know? And think: Have you grinded on someone without their consent at a party, or groped them as you slid past? Gotten someone drunk so you could get them closer to you?