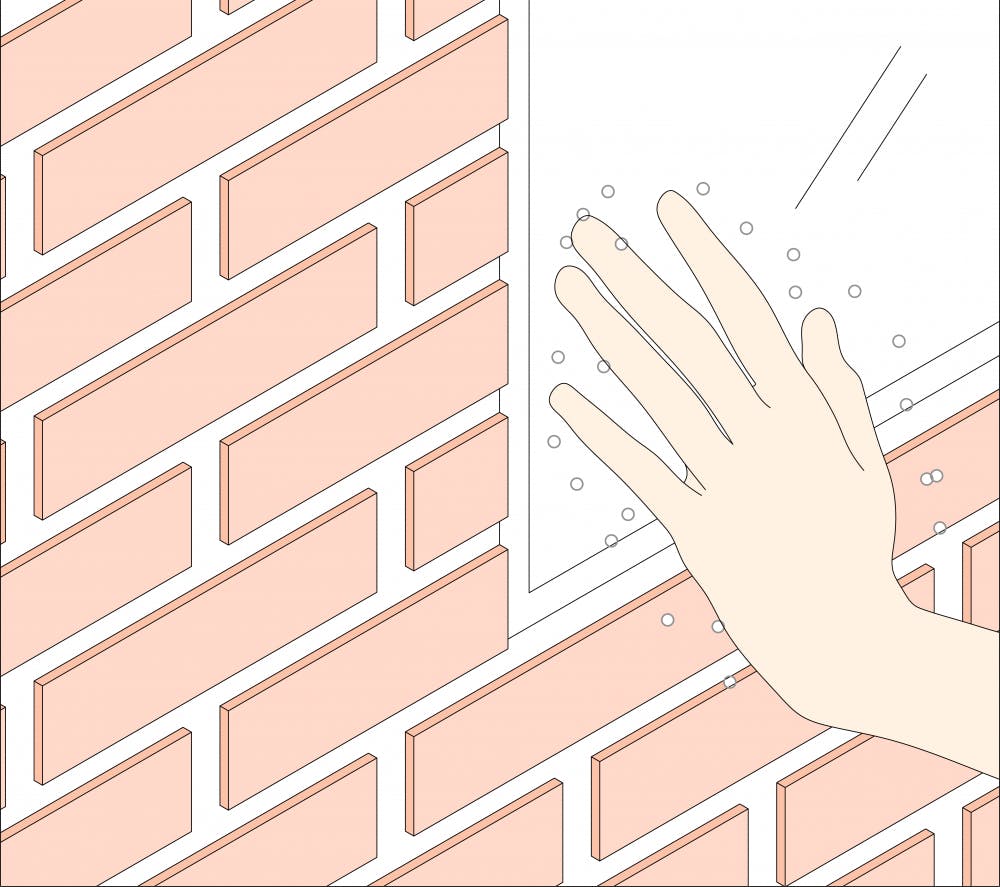 With shaving cream for a costume, Baker 13 run participants will once again leave their mark on college windows this coming Halloween, as contact with glass and defenses have been reallowed under new official rules.

The official rules, which were approved Oct. 11, began as a proposal from Baker 13 leaders after contact with glass was banned last fall amid concerns of student injury, according to Dean of Undergraduates Bridget Gorman.

“I am impressed with how Baker 13 has responded to my concerns,” Gorman said. “I am optimistic that the new rules will facilitate a run that reduces the potential for injury to runners or damage to property.”

Although rear-ended slams onto glass are still prohibited, runners can express their comic potential by “fingerpainting” college windows, according to a summary of the new rules provided by former Baker 13 captain Michael Price. Price also noted that runners still cannot enter college buildings, and that defenses must be mounted from the ground floor.

“Our vision for defenses from now on is basically something like the Beer Bike water balloon fight, where we just go to the academic quad in front of Lovett Hall and throw water balloons at each other,” Price, a Baker College junior, said. “When runners come up, the defenders can launch water balloons, get garden hoses to spray, get pails of water to chuck at them.”

These defense stipulations would disqualify several college defenses — the free-flowing water cascaded down Sid Richardson College’s upper-floor balconies for the several past years, the pickle-juice and chocolate syrup whisking by runners at Hanszen College last Halloween and the firehoses spraying down intruders at Wiess College, according to Baker 13 captain Nicholas Lester, a Baker College junior.

Will Grimme, a Will Rice College senior, described leading a defense against a riled band of runners — who edged the Will Rice quad bleating their F-word-inclusive chant — by lobbing water balloons off the building’s first-floor deck. This deck can no longer be used under the new rules, something Grimme would like reexamined.

“Defense is so important because there’s a lot of people who are uncomfortable participating in Baker 13 as a runner, and this gives them some way to get involved,” Grimme said.

In the face of a water balloon onslaught, runners can no longer retaliate with shaving cream-laden hugs, a change of pace from the “attack if attacked” rule of the previous Baker 13 guidelines, according to Price. Although this tradition has not caused any known incidents, Gorman said banning physical contact between participants is a precaution against unwanted engagement.

“[If] you’re naked, you shouldn’t be running up to another person and trying to touch or engage with them if they are not asking for that,” Gorman said. “Keep it outdoors, which has the benefit of … not putting someone in a position of feeling like they’ve had someone who’s not wearing clothes touch them when they haven’t asked for that.”

Incidents of glass breakage, most notably the shattering of a $15,000 Fondren Library window during a 2011 run, has drawn the concern of administrators for several years. The fracturing of a Sid Rich window last fall became the breaking point of administrative tolerance and the cause of the now-overturned ban on contact with glass, according to Gorman.

“And, you know, I feel like movies don’t do us any favors. Every movie you’ve ever seen where someone goes through a window, they all look fine,” Gorman said.

Although attendance of Baker 13 has sagged after the bans, with only 60 to 70 people donning shaving cream for last year’s senior run, an event that has historically drawn 100 to 150 runners, Price envisions that reallowing contact with glass and defenses will reverse this trend.

“The big thing about Baker 13 was the interaction between runners and the [defenders]… and that was kind of lost in the past year,” Price said. “When we had hands on glass back on the 13th it was completely like, ‘Oh my God, I’m having so much fun again.’”