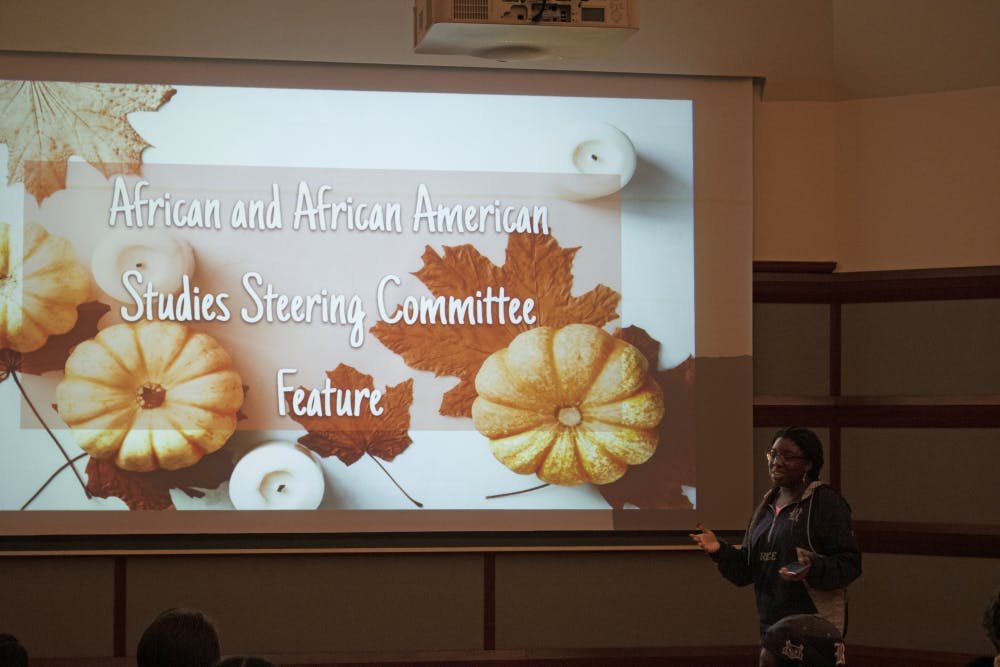 At the Student Association Senate meeting on Oct. 7, Center for African and African American Studies steering committee member Zubaidat Agboola presented current progress on the Center and the selection of a second undergraduate member of the steering committee.

“We intended to focus on the minor so current students can study in the field and to have a stronger claim to propose a major,” Agboola, a Wiess College junior, said. “As of now we are focusing on redesigning the African studies minor [and will propose] a curriculum soon.”

Task force member Axel Ntamatungiro said that he found that many students who wanted to minor in African studies were unable to due to a lack of course offerings and scheduling issues.

“The frustration from knowing that Rice students pursuing the African studies minor could not graduate with their intended minor of study pushed me to find out why the state of the minor was how it was and pursue change within the administration,” Agboola said.

Okeremi said that course offerings at Rice should reflect the diverse and multicultural student population.

“Houston is the most diverse city in the United States and Rice, being situated in this city, has a diverse population of students,” Okeremi, a McMurtry College sophomore, said. “I believe a major that allows for students’ cultures to be accurately represented in the academic realm is important because there is in general a lack of discussion around Africa.”

According to Ntamatungiro, most peer institutions established African and African American studies departments or majors about half a century ago.

“Rice not having an AAAS major goes against its mission statement […] and undermines its V2C2 goal to ‘expand access, diversity and inclusiveness,’” Ntamatungiro said.

Agboola said that she was glad to see the progress that has been made so far in establishing an African and African American studies major. Agobala said they are happy to see this milestone before graduation.

“It has been amazing to see the dedicated work of students and faculty from before our time at Rice as well as the efforts of our committee manifest into a Center for African and African American Studies,” Agboola said. “I am happy that I could see this change within Rice’s academic sphere before graduating and have the chance to be a part of shaping its direction.”

According to Agboola, much of the progress made in establishing the center rose from efforts made by the earlier task force and SA Senate resolution.

The School of Humanities and the School of Social Sciences are hosting an opening reception for the Center for African and African American Studies Oct. 16.