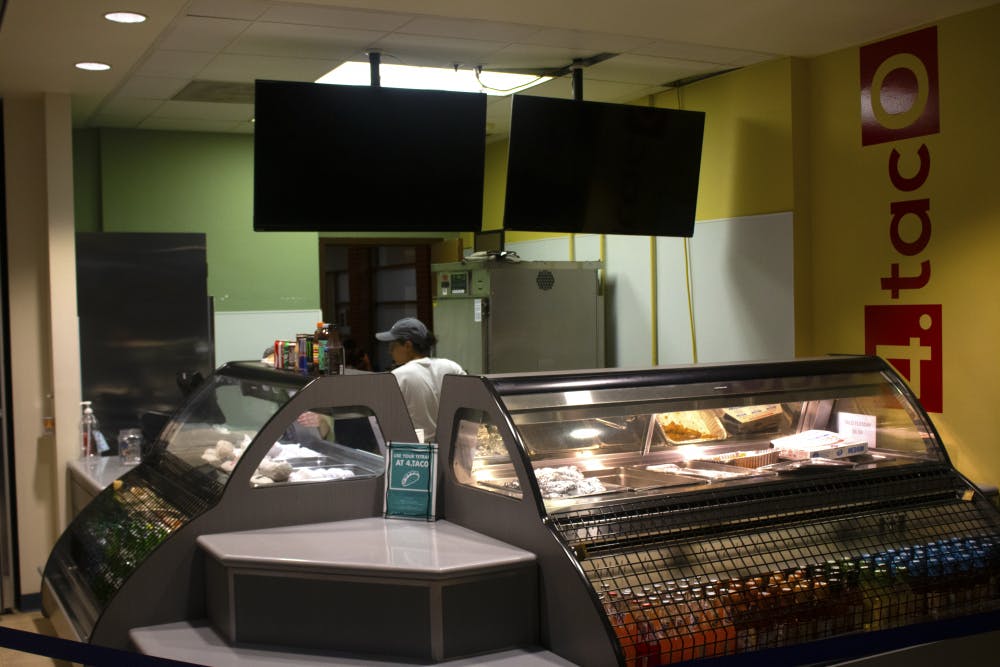 The Hoot has undergone two major changes this semester, expanding their operating hours to Fridays and Saturdays and adding a chicken sandwich from Smashburger to their menu. The addition came after The Hoot announced last semester that they would be discontinuing the sale of menu items from Chick-fil-A.

In previous years, The Hoot served regular chicken sandwiches, spicy chicken sandwiches and chicken nuggets from Chick-fil-A, along with their accompanying sauces, according to their website, which has not yet been updated to reflect the menu changes. The chicken sandwich is the first menu item offered from Smashburger.

According to a Facebook post The Hoot made in April announcing the change, the business said that the change was based on a disagreement between The Hoot’s values and those expressed by Chick-fil-A.

“We will work to have many replacements to ensure that The Hoot still has a variety of options,” The Hoot’s Facebook post said.

General manager Janani Velchamy told the Thresher in April that The Hoot would replace its Chick-fil-A offerings with more diverse options, including fresh and healthy food.

Lucas Lemonholm, a Hanszen College sophomore, said that he supported the changes to the menu.

“As someone affected by anti-LBGTQ+ organizations, I always felt awkward going to The Hoot when they served Chick-fil-A,” Lemonholm said. “I hope The Hoot keeps that energy for the less iconic but similarly bigoted and damaging businesses they patronize like Cane’s and Domino’s.”

The Hoot, which reopened on Sept. 3, is now also open seven days a week, according to the business’s Facebook page. The Hoot is now open on Fridays from 7:30 - 9 p.m. and on Saturdays from 11 a.m. - 2 p.m. Previously, it had been open only from Sunday - Thursday, according to The Hoot’s website.