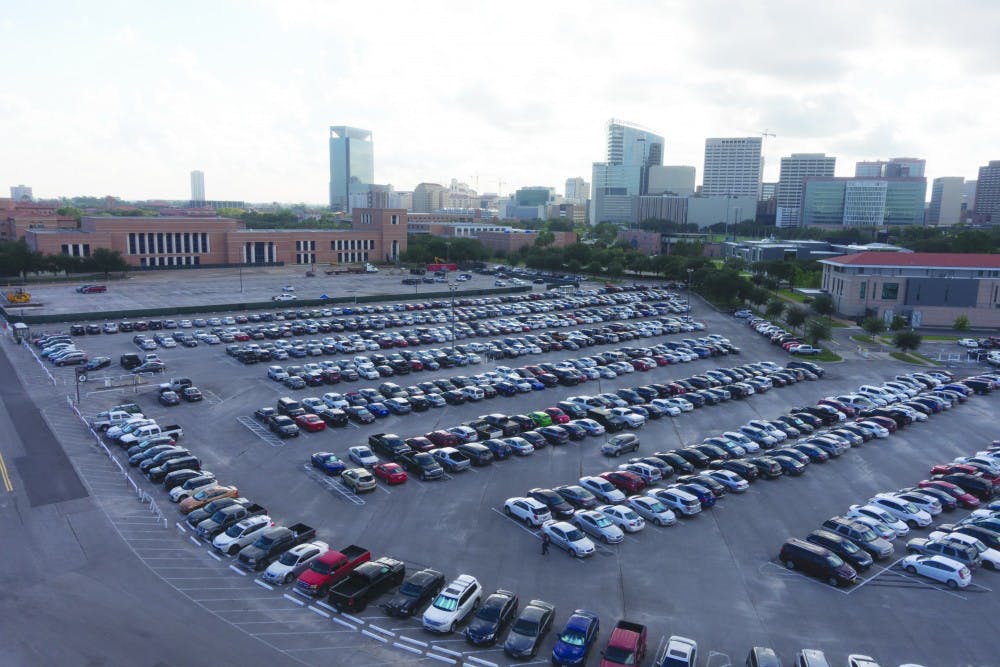 Student drivers, both new and returning, are expressing displeasure with many aspects of Rice parking policy that they say hinder the ease of using their car, such as concerns regarding flooding and availability of convenient parking and transportation to and from lots, despite the hundreds of dollars that parking permits cost.

According to Student Association president Grace Wickerson and undergraduate Parking and Transportation representative Tessa Schreiber, the most pervasive issue with parking is financial accessibility. Schreiber and Wickerson both said that financial accessibility was the number one student concern related to parking found in a 2018 Student Association Undergraduate Parking Survey that was sent out to the entire student body.

Wickerson said this survey revealed that 31 percent of Rice students saw the current parking situation at ‘unacceptable’ while only 25 percent saw it as ‘acceptable.’ The remainder marked themselves as ‘neutral’.

One initiative both Wickerson and Schreiber plan to work on is reducing parking costs for low-income students, especially given that expensive parking passes were a recurring issue mentioned in the Fall 2018 Student Association Survey on Financial Accessibility.

“This year, our main goal is to emphasize financial accessibility for students who rely on their cars to get to and from Rice from home at the beginning and end of each year, or to get to off-campus jobs and internships,” Schreiber, a Hanszen College junior, said.

“Many people I know who are off-campus struggle to find [convenient] parking spots on a daily basis,” Wickerson, a Brown College senior, said. “A good amount of students have parking passes because they commute from off-campus, and I do think that should be taken into consideration when passes are given out.”

Toluwani Taiwo, who lives off-campus this year, said she is struggling with this issue.

“Finding parking is often an inconvenience when running late to class [as] buses aren’t consistent and they don’t always stop for students,” Taiwo, a Sid Richardson sophomore, said.

The distance between the cheapest and most popular parking lots in West Lot, Greenbriar Lot and South Stadium Lot and residential colleges remains a popular complaint.

Stephanie Martinez, a freshman from Sid Richardson College, said her biggest issue with parking is that the buses from the parking lots don't run during the weekend.

"The weekend is usually when I go home or go to the store, and if I'm coming back from dinner with my family, I have to walk all the way back to Sid at night," Martinez said, further adding that she doesn't feel safe walking back because of the poor street lighting.

Laura Semro, a junior from Sid Richardson College, said she tries to avoid coming back to Rice after dark, because she doesn't want to walk alone in the dark back to her college, especially on the weekends in the hours between when the sun starts to set and a night escort from the RUPD is available.

“It’s about a 15 minute walk and I don’t want to walk that alone, [especially since] Rice doesn’t have very good street lighting, so I usually don’t feel very safe walking back,” Semro said.

For this school year, both Wickerson and Schreiber said that they intend to look into responding to the volume of negative in-person feedback they have been receiving about parking by addressing financial accessibility and ease of access for off-campus students.

In comparison to previous years, however, many measures have been taken to improve the availability of parking, according to Parking Manager Mike Morgan.

In 2017, the construction of the Rice University Music and Performing Arts Center closed off a significant portion of West Lot for the fall semester. This caused a lot of discontent within the student body, because many students who paid for parking in West Lot were unable to find spaces and were forced to park in cheaper, further lots like Greenbriar. This issue was covered extensively at the time in Thresher article “Searching for Space”, written by Rishab Ramapriyan.

In the two years that have passed, students who were interviewed said they no longer felt like finding space in the lots was their primary concern.Alex DeAnda, a Sid Richardson junior, said that he has no problem finding parking in the West Lot these days and that the lot is hardly ever at capacity.

"I'm not even sure if they usually sell enough to fill it," DeAnda said.

Morgan said he has yet to completely fill the spaces for any of these permits on any day.

Xavier Elizondo, a freshman from Baker College, similarly has not had trouble finding a spot to park. He said he could remember only one time when he felt there was not enough space in West Lot.

"One time during the day I had to park further down West Lot [than usual], closer to the stadium," Elizondo said, stating that day as the only time he felt space was a mild issue in the West Lot.

However, a concern that Elizondo did mention was that he was worried to leave his car in West Lot when it rains, and was especially anxious during tropical depression Imelda this past weekend.

“We weren’t given directions as to where we could relocate our cars for safety, but many upperclassmen told us that West Lot isn’t particularly safe from flooding,” Elizondo said.

Morgan said the Rice Parking Department is working hard to address their complaints, especially in regards to past issues of availability of convenient parking spots, and specifically addressing the concerns of off-campus students.

“Although it is a common misconception that [Rice parking] fills up and there is not enough parking for certain permits in some areas of campus, that simply is unfounded,” Morgan said. “For example, the West Lot Commuter permit has West Lots 3, 4 and 5, and 3 and 4 have reached capacity a few times as it usually does later in the weekday mornings, yet West Lot 5 has always had spaces.“