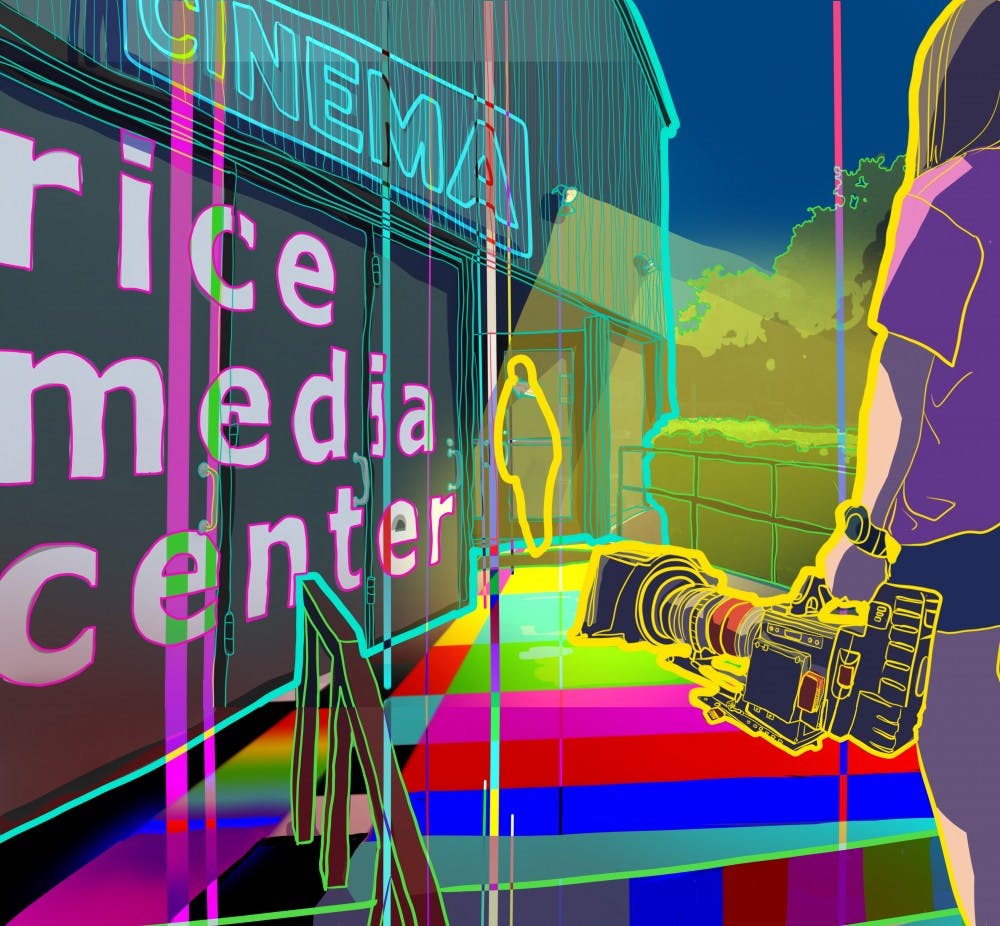 In celebration of its 50th anniversary, Rice Cinema has begun its new year-long screening series, “Low-Fi: Analog Deep Cuts from the Archive.” Every Thursday night at 7 p.m., film enthusiasts from across Houston can gather in the Rice Media Center to experience obscure independent films housed in the Rice Cinema film and video archive as well as analog films contributed by local cinema art institutions.

Tish Stringer, film program manager and lecturer in the department of visual and dramatic arts, said the series grew out of an ongoing project to catalog and conserve Rice Cinema’s extensive film and video archive, which focuses on Rice-produced materials. The heart of this archive, Stringer says, is the collection of student-made media.

“Even if it’s a horror film, it’s still shot on campus so even something that has nothing to do with an official Rice event still has these images of the past of Rice and traditions that have really evolved over time,” Stringer said.

A large component of “Low-Fi” involved exposing the Rice community to the physical formats of archived film and video, many of which have been rendered obsolete in the age of Netflix and Hulu.

“Physical media is not really part of students’ lives now,” Stringer said. “You guys don’t play CDs or records or tapes or DVDs or VHS tapes, so at the beginning of the night we’ll actually show the physical medium, talk a little history about whether we’re showing 16 mm or laserdisc or VHS or DVD. Therefore, we get a media literacy lesson too.”

In addition to screening films archived in house, Rice Cinema is inviting other local film institutions to contribute their films to the “Low-Fi” series. Stringer casts her net wide for those whom she affectionately dubs “analog film nerds”: media educators and community partners such as the film studies program at the University of Houston-Downtown and lead projectionists at The Museum

of Fine Arts, Houston among others.

One such “film nerd” is Camilo Gonzalez, the education and technical director at local nonprofit media arts center Aurora Picture Show. He mentioned his idea to bring Aurora’s Andy Mann archive to Rice for “Low-Fi.” Mann was a pioneer of video art and contributed significantly to video art installation and public sculpture in Houston throughout the 1980s and ’90s.

Stringer said one of the joys of running this series is the spontaneity with which films are chosen. On any given night in the series, the actual film being screened is not announced in advance.

“This whole thing is so fluid and flexible, it could be anything crazy when you come. And we don’t really want you to know,” Stringer said. “It’s a different kind of film watching than being really driven to see a particular film and have high expectations. We just want people to trust in the fact that we’re going to show something cool and the goal of it is basically to build a sort of analog film nerd community on Thursday nights.”

Stringer emphasized the vitality of Rice Cinema and the Media Center not just within the university, but for the Houston film scene at large. For half a century, the Media Center has served as a hub for community filmmakers, projectionists and an array of local film enthusiasts.  The center has hosted a multitude of independent film festivals including Houston’s annual LGBTQ+ film festival, QFest, and Señorita Cinema, Texas’ only festival dedicated solely to Latina filmmakers.

Rice Cinema’s rich, reputable history has been punctuated with challenges as well as successes.

“In the 50 years we’ve been here, there’s been different states of marginality with the university,” Stringer said. “When we were built by the de Menils, there was so much money and excitement and equipment. Then that relationship ended at one point and there were really threadbare years here where, for example, students had to maintain equipment so that classes [could] continue.”

The biggest challenge for Rice Cinema as well as the VADA department as a whole is its lack of geographic unification.

“The art department is all over - in Sewall [Hall], in Hamman [Hall], at the Media Center and it’s been a challenge to be cohesive as a department,” Stringer said. “For example, my film students and the theater actors don’t naturally intermingle because of their distance on campus. If they were in the same building, imagine how easy it would be to cast your film.”

With the announcement of Rice Humanities administration’s approval of a new building dedicated to visual and dramatic arts, the department will be able to unite its major programs with closer proximity and collaboration. This major facility change entails the demolition of the Rice Media Center, a circumstance that is mobilizing Rice Cinema to ramp up excitement and appreciation for the building in the local film community. The “Low-Fi” screening series is just one of many endeavors to honor the media center’s legacy and continue Rice Cinema’s community-driven programming.

“We’re really deeply steeped in our history right now as we’re going through all these things,” Stringer said. “I don’t know how long the Media Center’s going to be here so I really just want to kick up the level of excitement and celebration this year. It’s always free, it’s always super nerdy and exciting and fun, I guarantee it’ll be interesting and weird every week. People just have to trust us.”

The “Low-Fi” series will continue for the rest of the academic year on Thursdays at 7 p.m. Check out their online events calendar to learn more about upcoming screenings.