Reunited and it sounds so good: KTRU buys back original call sign 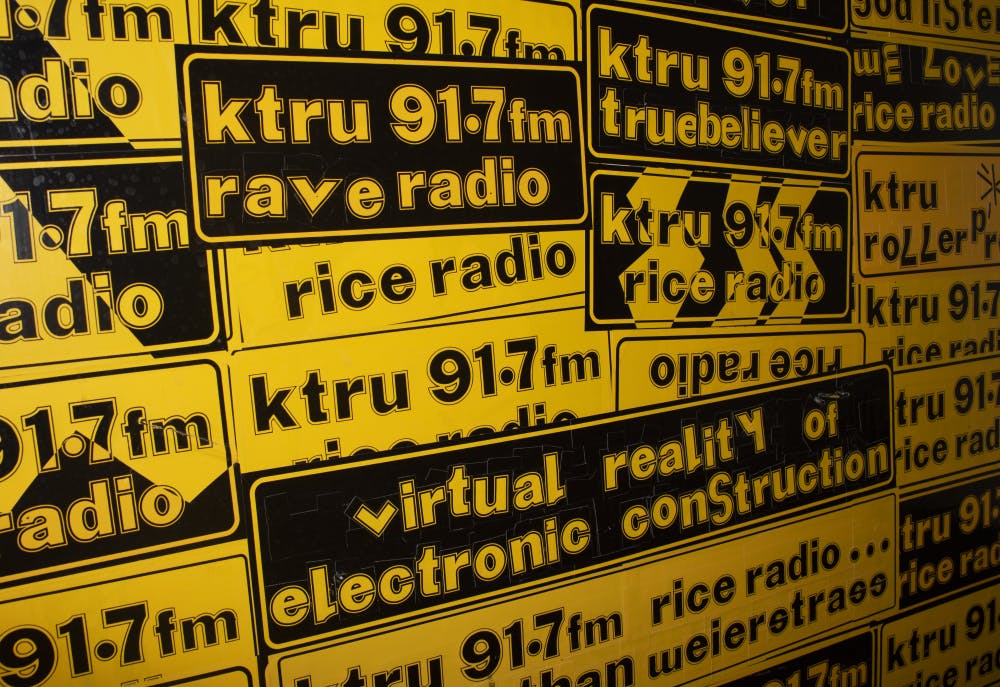 The change is the result of months of discussion between the most recent owners of the call sign and KTRU operations director Harrison Lorenzen, who spearheaded the recent buyback. Lorenzen said the letters cost $10,000 to acquire, a sum covered in full by an anonymous donor.

From 2011 until Aug. 21, KTRU had been referred to as “ktru” because its iconic name didn’t match the letters used to identify the station on the air.

“The differing call letters did confuse many listeners when we would announce our legal ID every hour by saying ‘This is ktru on 96.1 KBLT-LP Houston,’” Lorenzen said. “Many people that were unfamiliar with the sale of the station by President Leebron and the Rice administration did not know that KTRU was not legally KTRU on air.”

The KTRU call sign had been used since 2011 by Grace Public Radio, a Christian radio station in Iola, Kansas. According to Lorenzen, they were unwilling to negotiate with Rice radio on a sale of the letters, but sold them to another entity last year.

“The new owners of KTRU were willing to accept an offer to buy the low power designation of KTRU,” Lorenzen said. “I spent about four months talking with various members of the board of KTRU in Kansas before they agreed with our purchase price. The Rice General Council assisted with the legal negotiations to finalize the deal.”

When KTRU first upgraded from an AM to FM transmission in 1969, the station was required to change its call sign from KOWL to KTRU due to Federal Communications Commission guidelines, according to a timeline provided by radio station manager Kaarthika Thakker.

The station slowly upgraded its antenna over the years, and in 1991 a neighboring station boosted KTRU’s broadcasting power from 650 watts to 50,000 and moved KTRU’s antenna to Humble, Texas. In 2010, Rice administration unexpectedly announced their plans to sell the station’s transmission tower, FM frequency and broadcast license, including call sign, to the University of Houston for $9.5 million. The sale was closed in May 2011, making Rice radio an internet-only station until October 2015 when KTRU returned to FM under the call sign KBLT-LP.

The decision to sell the tower and license was unilateral, with Leebron saying that it was an exception and kept under wraps due to the confidentiality of business dealings. The money from the deal went on to fund Rice Emergency Medical Services initiatives, intramural field lighting and the construction of Seibel Servery.

“[KTRU] had no say in the sale and were not able to work with Rice to try to keep our broadcast license with our call letters,” Lorenzen said.

Thakker said that KTRU and its antenna was a central part of the Houston community. In 2000 and 2006, the station was selected by the Houston Press as Houston’s best radio station and had an estimated 24,000-25,000 weekly listeners, according to former station manager Kelsey Yule (Hanszen College ’11). The station’s antenna currently sits atop Rice Stadium and reaches only a five-mile radius — a stark contrast to the extensive broadcast range enjoyed by the station in the ’90s and early 2000s.

“KTRU used to be a bigger deal for the Houston community when we had our old antenna,” Thakker said. “Many Houston natives have told me that KTRU was what they grew up listening to. After the station was sold, they weren’t sure how to continue to listen to KTRU, and — when KTRU came back on air — didn’t know about the new station numbers and call letters.”

After nearly a decade, the station’s historic name finally matches its legal designation once again. Thakker said the change is especially significant for KTRU alumni who were students at the time of the sale nearly 10 years ago.