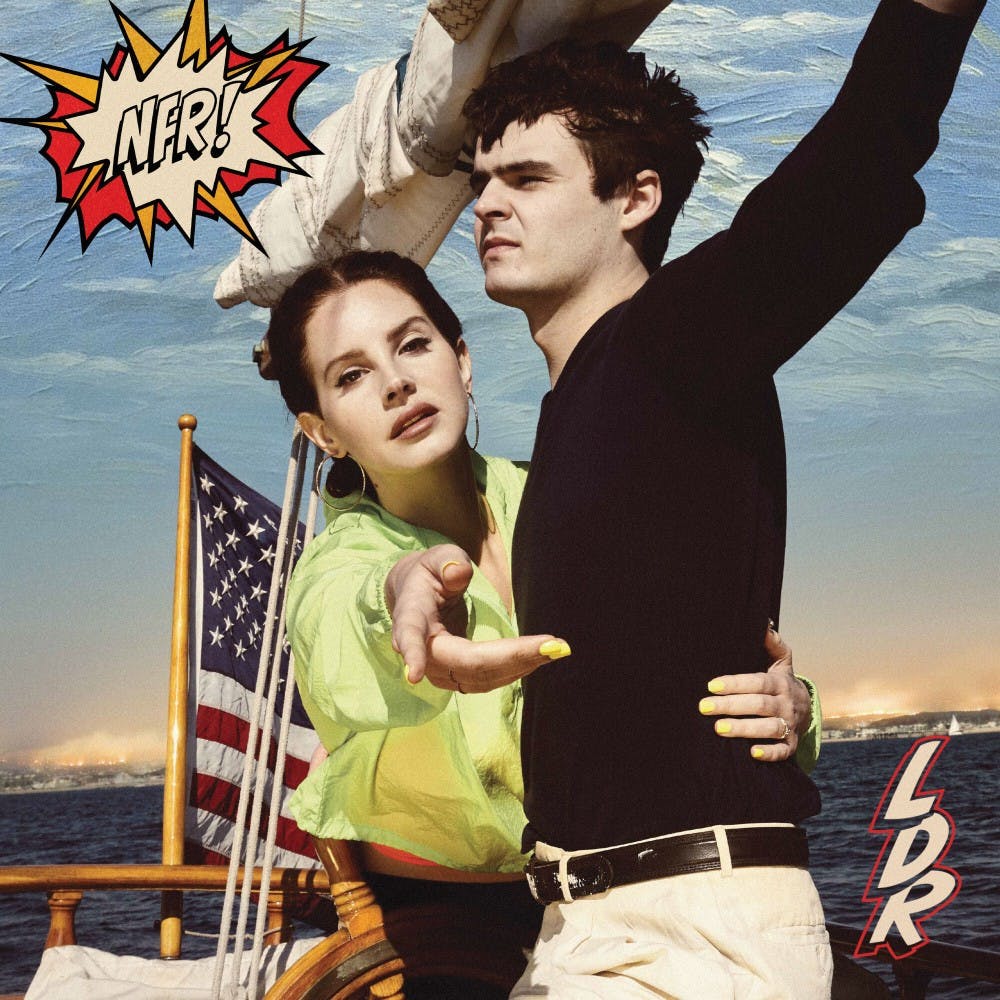 “Hot girl summer” has been eclipsed by sad girl autumn thanks to “Norman Fucking Rockwell,” the sixth studio album by singer-songwriter Lana Del Rey. With this project, the New York native composes an ode to the West Coast by not only alluding to locales like Venice and Malibu beaches, but also by adopting elements of surf and folk genres to capture a nostalgic Californian psych-rock sound. At an hour and seven minutes runtime, “Norman Fucking Rockwell” paints a rose-colored portrait of contemporary Americana with especially poignant reflections on love, loneliness and youth. Come all you foolish lovers and carefree beach bums, muses and artists alike —Lana Del Rey welcomes you home.

Norman Rockwell, huh? What was it exactly about the prolific American painter that caught Del Rey’s attention and cast Rockwell into the spotlight of her latest project? In an interview with Beats 1 DJ Zane Lowe last year, Del Rey explained, “It’s kind of about this guy who is such a genius artist but he thinks he’s the shit and he knows it and he like won’t shut up talking about it,” Del Rey said. “So often I ended up with these creative types or whatever, and you know, they just go on and on about themselves, and I’m like, ‘Yeah, yeah.’ But there’s a little bit of merit to it also. They are so good.”

As both the title and opening track, “Norman Fucking Rockwell” perfectly captures this blend of exasperation and admiration for pretentious artists. In the first of many lofty chorales, Del Rey sings about the exasperation of dealing with a man who is too absorbed in his own voice to appreciate others’. Del Rey turns the tables with “Mariners Apartment Complex,” one of four singles released last year, and asserts her own validity as an artist and her ability to influence people around her. Rather than look to another, she boldly states, “I’m your man.”

On her third single “Venice Bitch,” Del Rey proclaims that she’s “fresh out of fucks, forever” and proves it with a nearly 10-minute symphony of psychedelic synths and buzzing electric guitar, making it her longest song to date. The metamorphosis from tender, barely-there melodies to soaring ballads is a prominent stylistic pattern throughout the album and puts Del Rey’s vocal range front and center. Tracks “Cinnamon Girl” and “The Next Best American Record” follow suit, each with their own ethereal harmonies.

This album wouldn’t have Del Rey’s stamp of approval without a few words for the hopeless romantics out there. Tracks “Love Song” and “Happiness Is a Butterfly” capitalize on romance in a way that Lana Del Rey has utterly mastered over the years. The emotions brought out by this song emerge pure, simple and painful. In layman’s terms, I almost cried on public transportation twice while listening to these songs that so intimately prod at the vulnerability of love and the devastation of yearning. How does one just ask someone to be their “once in a lifetime?” No one but Del Rey may ever know.

Rest assured, not every song on “Norman Fucking Rockwell” is a forlorn love ballad. Despite its title, “Fuck It I Love You” is about Del Rey’s move to California in search of a new perspective on life. “Doin’ Time” also exalts the carefree Californian summertime lifestyle. The single is Del Rey’s dreamy rendition of punk outfit Sublime’s 1997 track of the same name,  which also borrows from a 1935 George and Ira Gershwin show tune “Summertime.” All of the songs share the same opening line — “Summertime and the livin’s easy” — but none convince us of that fact like Del Rey’s. Paired with its music video, which depicts a 50-foot-tall Del Rey stomping around Los Angeles and getting revenge on a cheating boyfriend, this song conjures the quintessential end-of-summer fantasy. On an album full of melancholic crooning, this sunny summertime bop is much needed and appreciated.

The album loses a bit of its charm on  “Bartender” and “California.” Their respective choruses lack a certain refinement that would better distinguish them from the rest of the songs on the album. The lyricism is not as poetic and more blunt, signaled by Del Rey’s monotone whispering in place of her usual vocals. While still enjoyable, these songs are a little too bland and homogenous with the rest of the album, making them ultimately forgettable.

With this project, Lana Del Rey asks all the right questions: “Do you want me or do you not? Why wait for the best when I could have you? Is it safe to just be who we are?” The 14 tracks on “Norman Fucking Rockwell” each tread the fine line between hopeless devotion and tenacious independence and collectively emerge as a masterpiece — a golden relfection of modern American musings on love, power and growing up. Rockwell would approve.