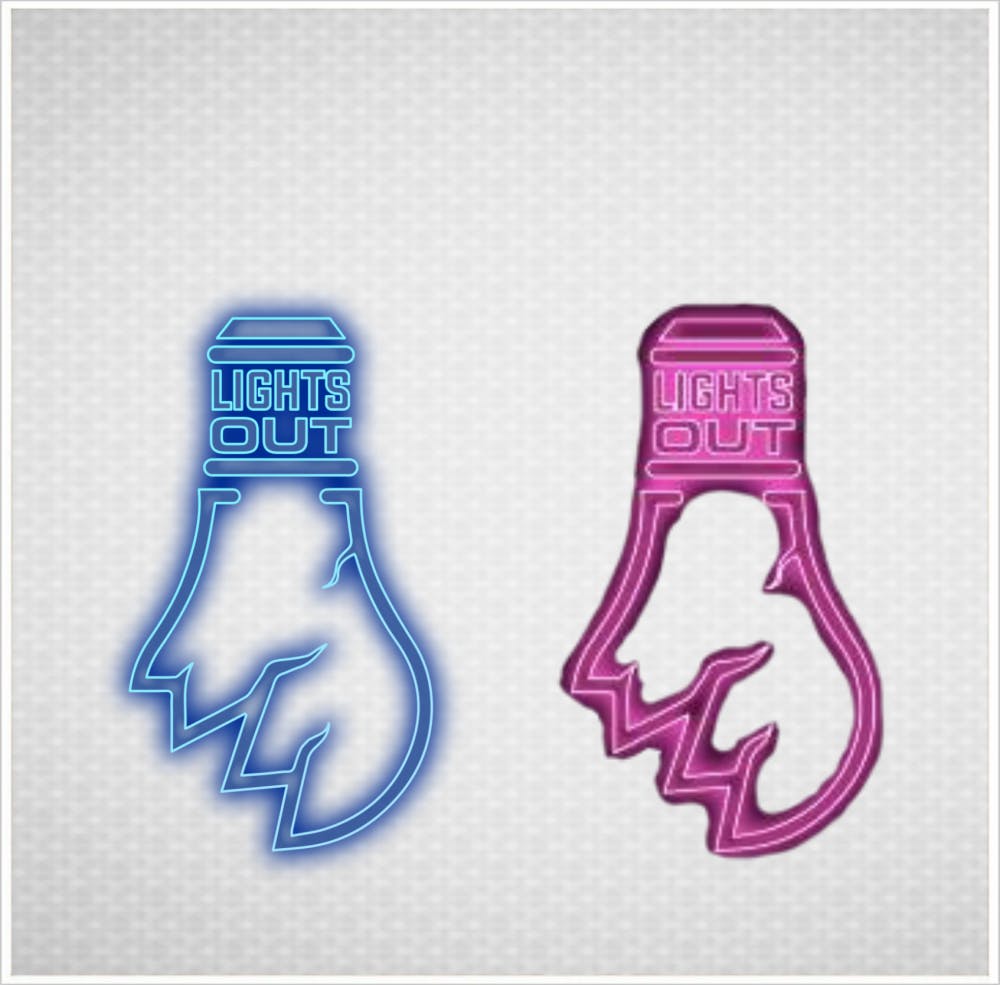 Hanszen College hosted “Lights Out: Don’t Sleep on Hanszen,” described as a “pajama party you don’t want to miss” on Facebook with music from “three of the best DJs on campus.”  As Hanszen’s first fall public party in the last four years, “Lights Out” was meant to change up the Hanszen party scene, according to Jeremiah Murrell, a Hanszen social chair and senior.

“Hanzsen’s basically a new kind of space, we have new magister, new things are happening, we’re about to get a new building. So we wanted to start something new,” Murrell said. “We wanted to start this new tradition at Hanszen that hopefully people can continue doing years past us.”

As the first fall public party in the last four years, the social chairs met some challenges setting up “Lights Out,” including the use of a copyrighted logo from video platform TikTok’s Lights Out summer tour on its merchandise and publicity.

The logo, which is a neon-outlined broken lightbulb, was used in the Facebook post for the event, as well as in tank-tops that were sold as merchandise leading up to the event. Although there was a copyright infringement, it appears unlikely that TikTok will act against Hanszen, according to Murrell.

“I think this company’s not gonna take action against a nonprofit like Rice University,” Murrell, a senior, said. “It’s not like we were trying to take their logo and make a billion dollars off it. We thought the logo was cool for our party and we used it to sell [merchandise] for our party.”

After the merchandise was made available, Hanszenites began making the connection between the “Lights Out” logo and TikTok’s logo, making self-deprecating jokes about “our TikTok party”, according to Ari Vilker, a Hanszen freshman.

“I was walking with a couple of friends and then [someone said] ‘Wait, isn’t that just the TikTok theme?’” Vilker said. “And then they showed me and I’m like, it’s kinda similar.”

“Lights Out” was not the only time a copyrighted logo was used on campus, according to Marcus Thompson, a sophomore and social chair at Hanszen, who pointed out that references to pop culture are frequently used in Orientation Week and Beer Bike merchandise, such as with “Beeryoncé” and “Spongebob Squarepints.”

“If you look at Beer Bike themes and stuff like that, a lot of those that they make [merchandise] for ­—Baker [College Beer Bike] last year they were ‘Drank and Josh,’” Thompson said. “A lot of that is copyright. But it’s on such a small scale that it’s not really a problem.”