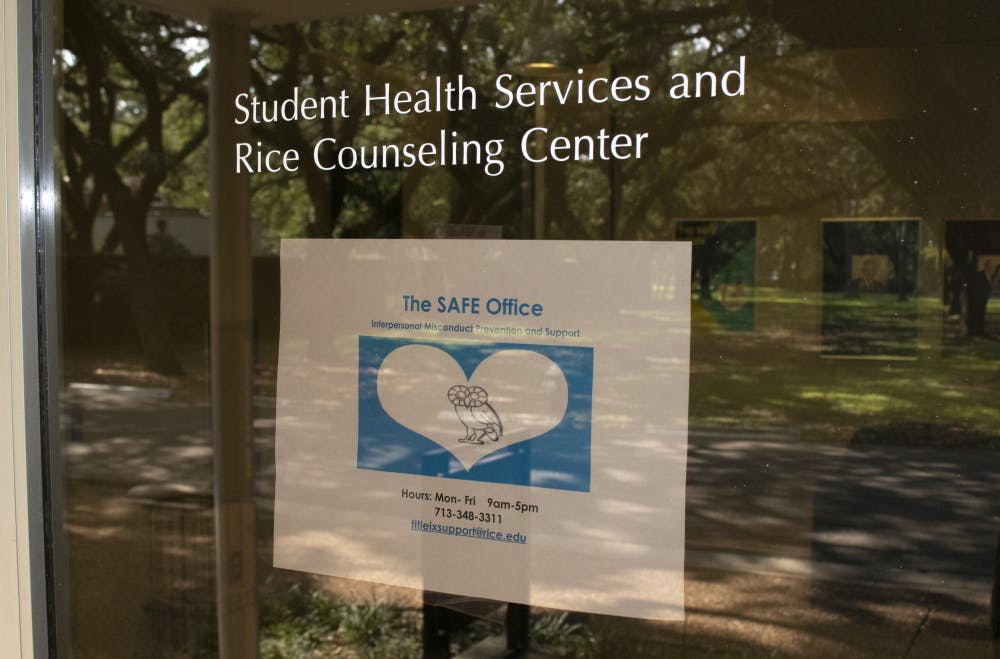 The SAFE Office, formerly the Office of Sexual Violence Prevention and Title IX Support, moved to a new location next to Student Health Services this semester and now offers on-campus forensic examinations for students who have been sexually or physically assaulted, according to Deputy Title IX Coordinator Allison Vogt and Director of the SAFE Office Cathryn Councill.

Sexual assault examination kits, which are part of forensic examinations to collect and preserve evidence following a sexual assault, are usually performed at a hospital by a forensic nurse, according to Vogt and Councill.

“Waiting for a rape kit examination at a hospital can be a lengthy, exhausting and upsetting process for a student,” Vogt and Councill wrote in an email. “And while the kit examination itself is covered by the State of Texas, other bills incurred at the hospital may not be.”

Forensic examinations by a forensic nurse are now available 24/7 on site at Student Health Services and can be requested by a student or support person, according to Vogt and Councill. Staff from the SAFE Office will be on hand to accompany the student until the nurse has arrived.

The new service is the result of a partnership between Rice University and Texas Forensic Nurse Examiners, according to Vogt and Councill.

Karen Qi, a Students Transforming Rice Into a Violence-Free Environment liaison at Hanszen College, said that she has concerns about the efficiency with which the kits would be processed, especially in the context of the national issue of backlogged kits.

According to Vogt, who is also the associate dean of students, following the completion of a forensic examination, the Rice University Police Department would pick up the kit and send it to the Harris County Sheriff’s Office to be processed through the county. As part of a pilot program started in April 2019, victims of sexual assault in Harris County are able to track the progress of their kits electronically from its collection to the prosecution, according to the Houston Chronicle. Formerly, the city of Houston had faced a backlog of more than 6,600 untested kits, some decades old.

In addition to its introduction of on-campus rape kits, the Title IX Office has assumed a new name, The SAFE Office: Interpersonal Misconduct Prevention and Support, according to Vogt and Councill.

“We provide services to students who have experienced one of many forms of interpersonal abuse, so expanding our name better reflects what we do,” Vogt and Councill said.

“Coping with trauma alone is already extremely taxing for survivors; ideally, all of these resources should be as transparent and straightforward as possible so that survivors do not feel discouraged by the difficulty navigating these resources,” Qi, a senior, said.

“We cannot ignore the very real and very problematic history of the man who founded this institution,” Gabrielle Falcon (Martel ‘20) said. “Progress is inevitable and I would hope that Rice would do its best to join the wave of progress we have been seeing this summer, instead of making pointed decisions to prevent it from flourishing.”