Best and Worst of: Lollapalooza 2019 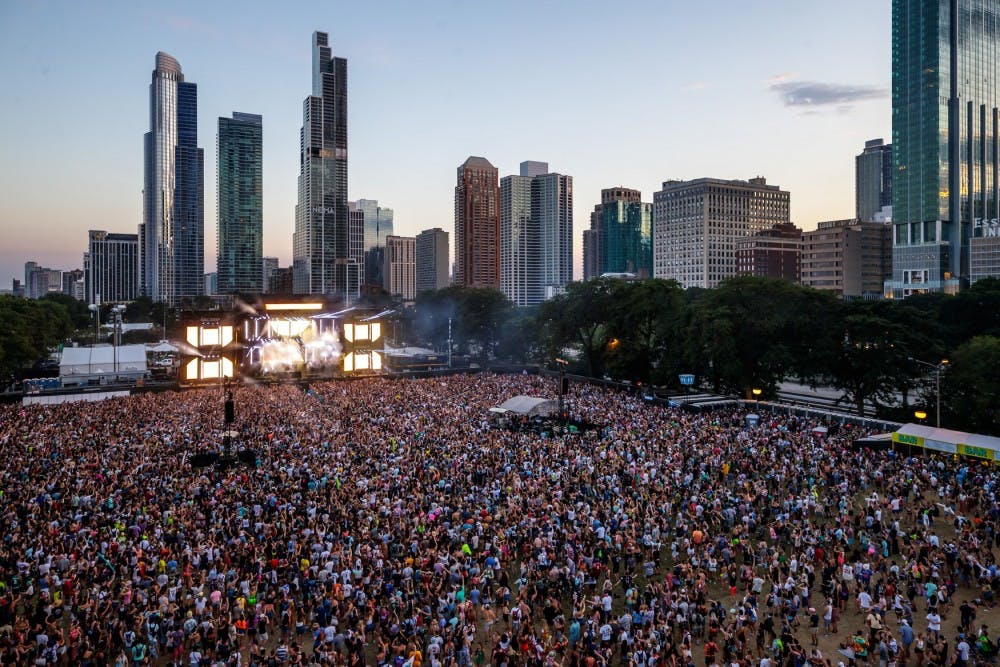 While attending the four-day festival was enough to give us some pretty persistent post-concert depression (not to mention legs of steel and black festival snot for days), there were some parts that we won’t really miss — like the canned water and soul-sucking L trip back to our Airbnb. While not all aspects of Lollapalooza may have been worth storming the fence for, there were certainly many that left a lasting impression, and reasons that Lollapalooza stood out as a festival to remember.

Madeon’s closing set on Saturday night was one of the most long-awaited performances in the electronic music community. The French DJ had not produced any new music since 2016 but promised his fans that a new album was in the works in 2018. A few months before Lollapalooza, Madeon clarified that his performance in Chicago would be a new live show, debuting his album, Good Faith, to the world and releasing two new tracks “All My Friends” and “Dream Dream Dream.” That Saturday night he delivered to his hordes of fans a musical masterpiece, combining tracks from his debut album Adventure with unreleased music that fans have been anticipating for years.

Joji’s witty and easygoing persona was revealed not only in his repeated amateur half-flips on stage and his ridiculous reflective blue sunglasses, but also (and probably best) in his corny segues. He introduced each song as effortlessly as someone slow dancing in the dark, never failing to make those in front of the stage immediately burst into cheers. Joji also sang a rendition of the Toy Story theme song “You’ve Got a Friend in Me,” coyly teased an encore and whether purposeful or not, ended his set at exactly 4:20.

Although Twenty One Pilots relied on many of the same tropes they use at other concerts (drummer Josh Dun having his drum set elevated on a platform and lead singer Tyler Joseph climbing the scaffolding, etc.), their performance still stood out for the ways in which it engaged the audience. I found myself sitting on the shoulders of the former stranger to my right only thirty seconds after being commanded by Joseph’s mandate to introduce yourself to those around you.

Tierra Whack’s synergy with her hype man, DJ Zack, took her performance to a new level of engagement and animation. Before Tierra Whack even came out on stage, DJ Zack was already hyping up the crowd with his contagious energy. The two seemed to feed off each other’s vivacity to create an outstanding energy in the crowd, even interrupting their set to debate whether they should kill a spider that had crawled onto the DJ controller.

If you were tall enough to actually see the set that half•alive played at the American Eagle stage (or ambitious enough to get to the front), then you would have witnessed some interpretive dance that is distinctive of half•alive’s music videos and performances. The fanning hands and waving torsos were strangely hypnotic and made me wish I had invested in some hefty platform boots (or maybe stilts) before the festival.

Best use of platform - Janelle Monáe

While Janelle Monáe’s performances are known for their elaborate costume changes (vagina pants!) and fantastic dancing, another staple of her performances are calls to women’s rights activism. She dedicated her performance to “the weirdos” and spearheaded a call “to get Donald Trump impeached” to a roaring crowd. Never one to stay silent or resort to general, vague calls (see Kacey Musgraves’ plea for the audience to yell “somebody f---ing do something,” as opposed to encouraging something actionable), Monáe’s calls are concrete and striking.

Death Cab for Cutie surprised everyone at Lollapalooza when they brought Chance the Rapper to their Friday afternoon set at the Bud Light Stage. Hundreds of fans rushed to the stage to hear their performance of “Do You Remember” (which they are featured on) off of his new album, The Big Day. The Chicago-native rapper has been advertising his upcoming album all around the city, so it makes sense that he would stop by the biggest festival of the year to promote the recent release even more.

Lollapalooza offered plenty of unique settings for every performance, but it was ultimately up to each artist to make their visuals memorable to their audiences. While many artists stand out in this category, Flume’s performance at the Bud Light stage on Sunday night is the true winner. The set began with the Australian producer, wearing a special metallic jumpsuit, spray painting something out of our view on stage. It continued with the DJ planting an orchid in a flower pot, a nod to the visuals in his second album Skin. He carved “CHICAGO” into a metal board with a buzzsaw and smashed flower pots and a TV while playing hits like “Smoke & Retribution” and his remix of “Tennis Court” by Lorde. A camera was installed on the ceiling of the Bud Light stage so as he breathlessly layed on the stage, he could look at the audience and thank them for kicking off his tour for his new EP, “Quits.”

Not all stages at Lollapalooza were created equally. Larger stages were created to accommodate crowds for headlining artists like Ariana Grande and Twenty One Pilots, but they sacrifice the comfort and shade that smaller stages offer. That being said, the American Eagle stage and the BMI stage created an optimal space for experiencing the festival. The American Eagle stage was nestled in a group of trees near two hydration stations and food stands, providing plenty of shade and making it one of the most comfortable stages to spend the day at. The BMI stage, also cozy and located in the shade, acted as an escape from the mild Chicago heat of Lollapalooza.

Because T-Mobile was the biggest stage, it also happened to be the one where you were most likely to lose your friends, where you were most likely to be camping out the beginning of the day to see the biggest headliners, and where it was most important to have decent signal to deal with those circumstances. And for those who have T-Mobile as their service provider (like me), you couldn’t really do any of that.

Most disappointing set - Whethan and the Strokes

There were some sets that were guaranteed to be bad at Lolla this year, like the Chainsmokers who have been producing the same tracks since 2013, but I wouldn’t have placed Whethan among them. The 20-year-old American producer skyrocketed to popularity back in 2016, when he started remixing tracks by Louis the Child and Elohim and is now one of the leading artists in the Future Bass genre. However, his set at Lollapalooza left something to be desired. He kept going from bass drop to bass drop and couldn’t keep the crowd energized for very long. Whethan didn’t present a theme or mood for his set and it lacked a clear direction overall which made it very lackluster. In a similar vein, the Strokes’ lead singer rambled a lot (being an edgy, cynical band leader or something), contributing to a disappointing set presence from the band.

Perhaps the toughest decision I made the entire weekend involved deciding between seeing Childish Gambino and Tame Impala perform. Although ultimately I decided on seeing Gambino, I still wish I could’ve seen the trippy visuals Tame Impala put out. I can relax though, as they’ll both be headlining at Austin City Limits this October (On different days!) so I’ll have the opportunity to see both acts.

Aug. 15, 2019 3:15 p.m.: This article was corrected to reflect that Death Cab for Cutie performed with Chance the Rapper.