Provost Miranda to step down, return to faculty role 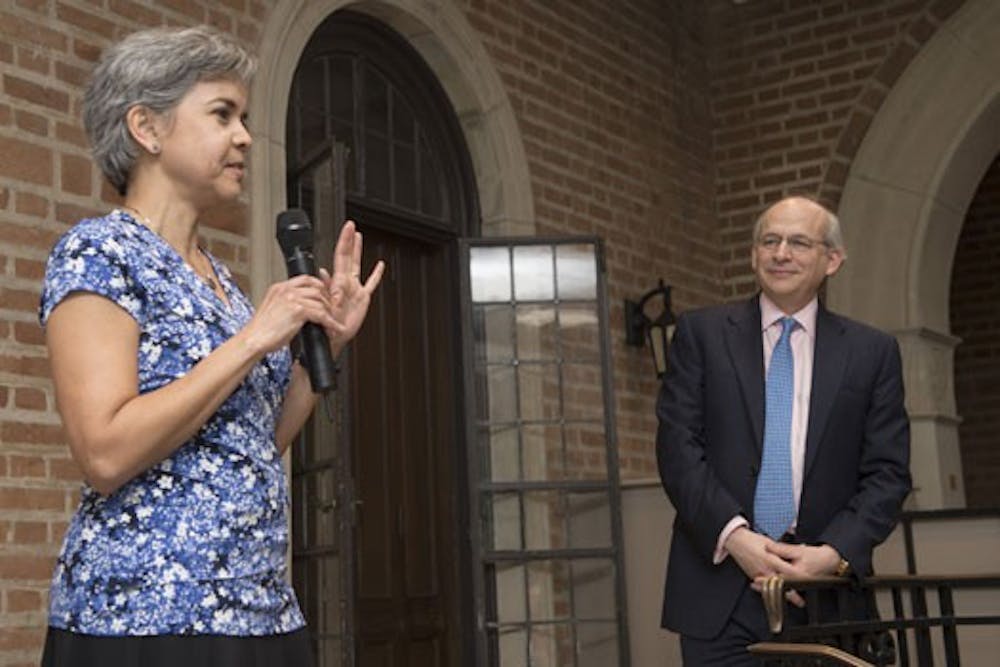 Provost Marie Lynn Miranda announced that she will be stepping down from her role as provost, a position she has held for the last four years, at the end of June, in an email sent last Sunday.

Miranda will go on sabbatical for the 2019-2020 academic year, after which she plans on reassuming her faculty position in the department of statistics, according to Miranda’s email. Her decision follows the diagnosis of her youngest child with cancer last year.

“While I have found great joy in serving the university, my family requires more of my attention to get our daughter through to a full recovery,” Miranda said.

During her time as provost, Miranda worked to improve the experience and outcomes of low-income students, improve graduate student recruitment and promote collaboration between faculty and students.

Miranda also worked to strengthen the diversity of faculty during her provostship. She prioritized efforts to increase the number and proportion of female faculty and faculty of color at the university through more diverse applicant pools, as reported by the Thresher in November.

According to Rice News, in the four years of Miranda’s provostship, Rice hired 114 tenured or tenure-track faculty members, greatly increased research funding, promoted or tenured 86 other faculty members and increased the number of national awards won by its graduate students by 64 percent.

She also worked with Vice President for Administration Kevin Kirby and the Rice Crisis Management Team to support the university during Hurricane Harvey in 2017, according to Rice News. In the hurricane’s aftermath, she helped establish the Hurricane Harvey Registry, which surveys survivors of the hurricane to improve intervention programs and methods in case of future disasters.

“I will also never forget what a privilege it was to work with all of you during and in the aftermath of Hurricane Harvey,” Miranda wrote. “I feel so much pride in how our community chose to respond to the immediate and long-term challenges created by the storm.”

“She brought great competence and passion to our response, and she introduced innovations that we will continue to use going forward,” Kirby said.

“In her advocacy for low income and first generation students, in her extraordinary leadership in Harvey's aftermath, and in her work to address health disparities, I've had the pleasure of witnessing Dr. Miranda's commitment firsthand,“ Onwenu said. “Moving forward, I am positive that her work and legacy as Provost to make Rice an even better place to teach, learn, research and grow will extend for many years to come."

In an email to faculty and staff, President David Leebron expressed his appreciation for Miranda’s contributions to the university.

“She has contributed enormously to Rice’s success and vision over the past four years at every level,” Leebron wrote. “On a personal level, I enjoyed and learned from working closely with Marie Lynn across the full range of university priorities.”

According to Leebron, a search committee will be appointed in the fall to select a new provost. He is now in the process of selecting an interim provost effective in July, according to his email. The announcement of Miranda’s departure follows those of the departures of Antonio Merlo, dean of social sciences, and Sarah Whiting, dean of architecture, both of whose positions remain unfilled.

In her email, Miranda said she is grateful for the community she has found at Rice.

“We like to say that we welcome prayers, luck and science as we slog our way through this,” Miranda wrote. “Feel free to send any or all our way!”