What would you do? Three Rice seniors win one year of funded travel 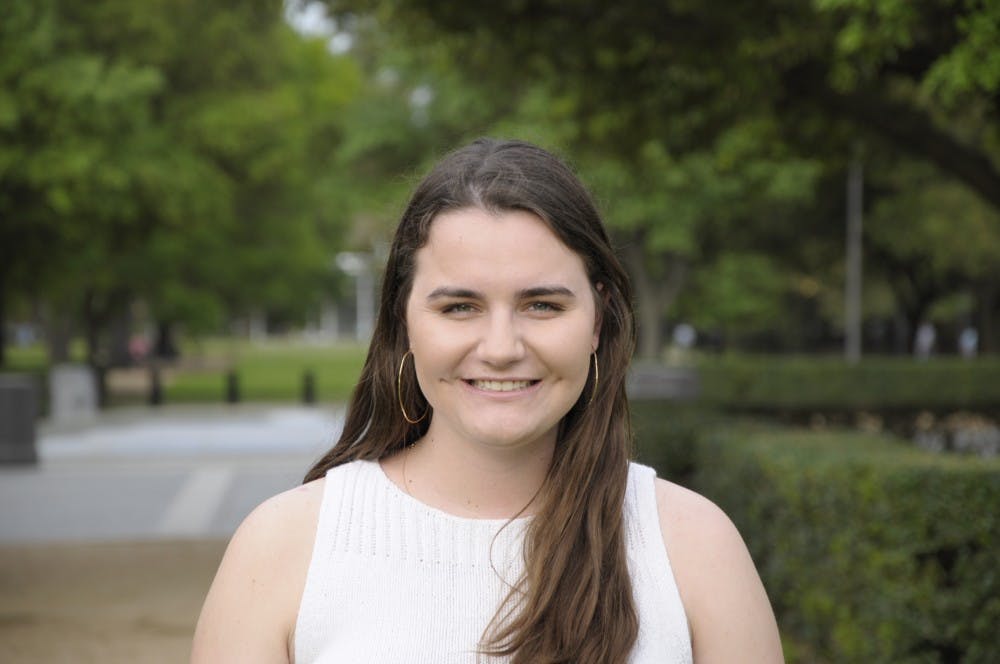 If you could spend a year doing anything you want, anywhere in the world, what would you do?

If you’re Eliza Martin, you’d spend the time traveling to countries with interesting immigration patterns to study how those societies care for the children of immigrants. Martin, a Baker College senior, will have the opportunity to do exactly that with the Thomas J. Watson Fellowship, a $30,000 stipend awarded to students across the country to pursue personally developed projects.

Wiess College senior Ilana Nyveen also earned the prestigious award. McMurtry College senior Mackenzie Kubik was awarded the Zeff Fellowship, which similarly funds a year of independent-study outside the United States and is awarded annually to the Rice student who was ranked highest by the Rice fellowship committee out of the students who did not receive a Watson. Here’s a closer look at what they plan to do.

Caring for the children of first-generation immigrants

Before starting the fellowship application process, Martin said she worried her passion wasn’t “cool enough” to earn her an award like the Watson.

“[Immigration is] not necessarily this like crazy, fun passion,” Martin said.

The Watson wasn’t on her radar until she was elected Baker College president and entered a required mentorship relationship with Danika Brown. Brown is the Director of Curriculum and Fellowships in the Center for Civic Leadership, and she enthusiastically encouraged Martin to consider post graduate fellowships.

Martin ended up applying to a number of opportunities through the fellowship office. Of all of her applications, she enjoyed working on the Watson the most.

“It gives you a chance to think about yourself on such a global scale,” Martin said. “It was the first time someone really asked me what I was passionate about and what I really care about.”

Martin said her interest in immigration-related issues stems from her relationship with her father, who immigrated from Spain to the United States. This passion has led her to seek opportunities both within and beyond Rice classrooms to learn more about immigration, such as volunteering to translate and interpret for people going through asylum cases.

When thinking about how to transform this passion into a project-proposal, Martin said she reflected on the ways her life has been shaped by being the daughter of an immigrant, and how she feels there is not enough research on the experiences of second-generation immigrants.

“It’s a big part of my identity, the fact that my dad is an immigrant,” she said.

For her first stop, Martin will be traveling to London to meet with a photographer who focuses on capturing the lives of the children of immigrants. She also plans to study bilingual education systems in Japan, assimilationist approaches to immigration in Norway and the role religion plays in the large Turkish population migrating to the Netherlands. She might also visit Jordan.

Martin said people keep asking her one question: how does she anticipate changing after the Watson? Martin said she has absolutely no idea.

“There’s so much growth that will hopefully happen, that I’ll get off the plane on June 1 in Austin in 2020 and be like, what if I’m not the same person?” Martin said. “That’s a little bit scary, but also an incredible opportunity.”

What does it mean to be an ape?

Ilana Nyveen is an ecology and evolutionary biology major, so she’s “kind of like a biologist,” she said. But she “thinks a lot more like an artist, and is also really interested in anthropology.”

“There was nothing in existence already that would suit me more than something I created myself,” Nyveen said.

This summer, Nyveen will embark on her Watson, which will be focused on the nature and conservation of great apes and what it means that we — human beings — are also apes.

Nyveen’s interest in apes started when she saw a video of Koko, a famous gorilla, which absolutely fascinated her.

“I don’t know if you’ve ever seen a video of Koko, but she knows sign language,” Nyveen said. “It is nuts to me that people are communicating with another species and everyone’s not insanely excited.”

This passion only grew during Nyveen’s time at Rice, especially through research she did at the Houston Zoo on object curiosity in orangutans and a semester abroad in Tanzania. During an independent study project she pursued while abroad, she began to take a more anthropological approach to research.

“I think studying apes helps me get in touch with myself as an animal and a being that exists in nature, rather than just like, a Rice student,” Nyveen said. “We’re all apes, which is a weird statement that people don’t always like hearing. But we’re just apes, in clothes, with car keys, typing on our computers.”

The question of what it means to be an ape will be central to Nyveen’s exploration on her Watson. She plans to go to a number of countries including Uganda, Germany and Indonesia to meet primatology researchers, visit sanctuaries and observe apes in the wild. She also wants to interact with the communities surrounding the habitats and study the “apes” living in human civilization.

Before the Watson, Nyveen had not accepted to a single internship or fellowship, she said, and she thinks anyone who is at all interested should go ahead and apply.

“I’ve spent so long feeling like I’ve had to trim off parts of myself to be an academic or get a career. But in my application I was like, I’m queer, I’m from Montreal. I did my interview with colored hair, and I just rambled about how I’m interested in apes and how they’ve helped me understand myself and how existential I am, and they were like, ‘Yeah!’” Nyveen said. “I was completely myself, and to have a committee of people be like, ‘Yeah, we’re into that,’ was the most rewarding experience ever.”

Since she was a little girl, Mackenzie Kubik has been obsessed with tea. She said she drinks it everyday.

It wasn’t until a conversation she had while she was in Greece last summer studying refugees and migration on the Center for Civic Leadership’s Loewenstern Fellowship that she reconsidered her preferred beverage in the context of human rights.

“In Greece, I met a woman whose sister had not been able to make it to Lesbos with her because she was trafficked through the tea industry in Afghanistan,” Kubik said. “That experience combined with a bunch of experiences I had that summer as well as personal experiences with gender-based violence led me to this critical moment, where I was thinking about tea and how I could find so much comfort in something that brings pain to women in the same way that I’ve experienced pain.”

Kubik will spend her year on the Zeff exploring issues related to human rights and feminism in the context of tea consumption and the tea industry. She plans to go to India, Kenya, Morocco and the United Kingdom, and anticipates adding a number of other stops as she travels.

Her first two stops will be India and Sri Lanka, where she plans to visit tea plantations. In Sri Lanka, she’ll be visiting the plantation of a nongovernmental organization that only hires women who have previously experienced trafficking in the tea industry and provides them with educational services and childcare. Later in the year, she’ll be visiting countries that don’t necessarily have large tea industries but are top consumers of the drink.

“There’s a weird niche of tea historians that I didn’t know about that literally write on historical and present human rights and labor abuses in the tea industry.”

Throughout her year, Kubik plans to blog in order to keep her family and friends up to date as well as reflect to on her own experiences. She also hopes to shed light on what she learns for her peers back home.

“As long as people want their stories told, which in my experiences I’ve found people do, it’d be a really nice way to give back to people who take the time out of their lives to interview with [me] and show [me] their labor or passions,” Kubik said.

Kubik is most looking forward to meeting people she might not otherwise have had the chance to.

“I’m excited for the opportunity to talk women who live in places that are so far away I never thought I’d be able to visit them in my entire life. And probably, I’m gonna find we have so much in common,” Kubik said. “That human connection is something I crave and love, and I’m really excited to grow that.”

And of course, she’s really excited to drink tea.