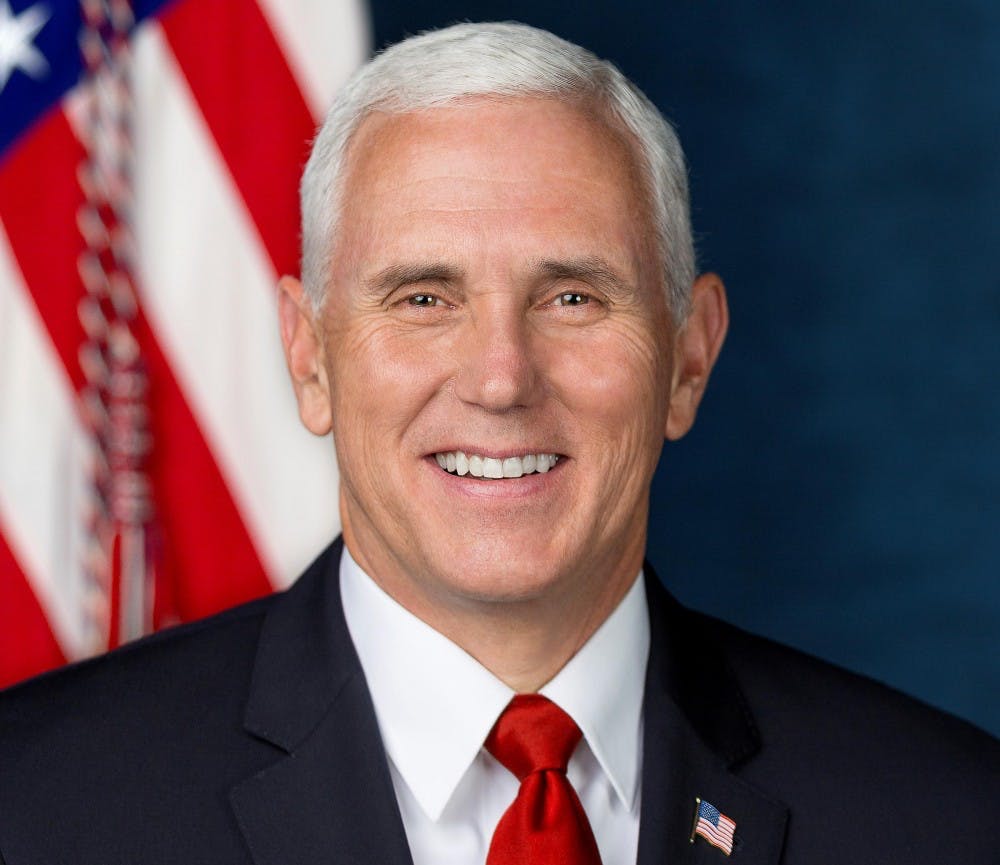 Student protesters will organize in the Central Quad when Vice President Mike Pence speaks at the Baker Institute on Friday, according to a press release by a coalition of student organizations including Rice Left and Rice Young Democrats.

The protests will follow a series of campus-wide initiatives challenging Pence’s upcoming visit to the James A. Baker III Institute for Public Policy to discuss Venezuela’s current political situation, including a petition, flyers and a poster-making event.

Sunee Kate Quirante said Rice Left was the first student group to begin organizing. According to Quirante, Baker Institute postdoctoral fellow Kenny Evans reached out to the group right after the visit was announced last Thursday.

“We had to mobilize pretty quickly as we were only given a week’s notice,” Quirante, a Lovett junior, said. “However, it wasn’t difficult to build off people’s energy since there were so many people who were fired up immediately upon hearing the news.”

Quirante said that she and her fellow organizers have faced roadblocks to properly executing their protest, such as not being allowed to rent audio equipment for the Central Quad. She said that a prior approval by the campus events manager was overturned a few hours later at the request of the Secret Service and Rice’s crisis management team.

“Unfortunately we will have to deny the request for the audio system for this event,” Quirante said the email read. “We had a walkthrough today with the Secret Service and White House and they have denied any use of audio systems or voice amplifying tools including megaphones. This will be the precedent for the day for any groups participating in the protest area.”

Quirante said that she and her fellow organizers had no intention to disrupt the event and feel their right to protest has been encroached upon, since voice amplifying equipment is necessary.

The organizers released a press statement,  which includes the support of 11 campus organizations, underlining Pence’s policies and values that the coalition disagrees with, such as his stance on LGBTQ communities. It also says that the coalition’s intention is “not to silence necessary dialogue on the current humanitarian crisis in Venezuela.”

Catherine Clack, director of the Office of Multicultural Affairs, said that she is helping the student groups be proactive about their values and providing materials and lunch for students at the protest.

“Students are not protesting [Pence’s] right to speak on campus,” Clack said. “It’s about [Pence] and the fact that his values, policies and actions are antithetical to the values of our community, and are, in fact, hateful and harmful to members of our community.”

According to Quirante, the demonstration will include student speakers and informational booths and will be held before, during and after Pence’s speech from 12 - 2 p.m. At time of print, over 100 people indicated they were “Going” on Facebook.

“We want this to be an opportunity for Rice students to express their discontent with the vice president and his ideologies,” Quirante said. “Different groups intend to tackle this in different ways, and showcasing the diversity of dissenting voices is key to our protest.”

In addition to the protest, Quirante said that a Diversity Facilitator Talk will be held concurrently in the Multicultural Center and Rice Left will host a later event specifically about Venezuela. Before the protests, the student groups will also host a poster-making session sponsored by the Office of Multicultural Affairs.

Unlike the protest, a petition started by J Peterson calls for the administration to “withdraw their invitation as a show of their commitment to the voices and concerns of their own community.”

Peterson, a Baker College senior, said they gathered a total of 660 signatures from students, alumni, faculty and staff after removing inappropriate responses.

“A majority of the responses were from current students,” Peterson said. “I sent the results as well as anonymized additional statements to [former] Ambassador [and current Director of the Baker Institute Edward] Djerejian and President [David] Leebron [Sunday] morning.”

According to Djerejian, the vice president’s office contacted the Baker Institute directly to determine if Rice would host Pence for a speech on U.S. policy toward Venezuela. Peterson said that they hope to receive a response from administration.

“I want Rice students to understand that our school administration has an obligation to the wellbeing of the Rice community, or so they claim in their lengthy emails,” Peterson said. “Inviting Pence runs counter to that obligation since he has constantly pushed for the dehumanization of LGBTQ people along with other minority groups. This type of figure should not be given the privilege and validation of speaking at Rice, especially at the cost of ostracizing our minority students.”

Flyers protesting American intervention in Venezuela were posted by unknown individuals, reading: “Hands off Venezuela. Firmly oppose American imperialism” in red text. The unauthorized flyers on the RMC door were removed within an hour, but some remained in the courtyard.

The group created a letter that states that Rice should refrain from disinvitation but maintain the right to “condemn the proliferation of ideas destructive to Rice’s community values.”

Working group member Maurice Frediere said that he believes students have a duty to speak out against Pence in solidarity with the LGBTQ community at Rice.

“I think he should certainly be allowed to speak at the Baker Institute, but that doesn’t mean that it’s a good idea,” Frediere, a Duncan College senior, said. “I’m afraid he’ll use the gravitas of Jim Baker and the credibility of the Baker Institute and Rice to lend credence to his policies.”

Working group member Juliette Turner said that she believes Pence should be welcomed to campus.

“He is not speaking on the controversial ideas referred to by students who are supporting the protest,” Turner, a Duncan College junior, said. “He is visiting to address foreign policy, as any and every vice president should be invited and encouraged to do.”

Turner, also chairwoman of the Rice Republicans, said that she supports student protests as she believes it is an American right.

“The right to peacefully protest, in a way that does not interfere with the event, should be maintained,” Turner said.

Update: On Thursday, Rice University Police Department told student organizers that they could use two portable megaphones, according to an email sent by the department and Quirante.