Two years after storm, effects of Harvey linger at Rice 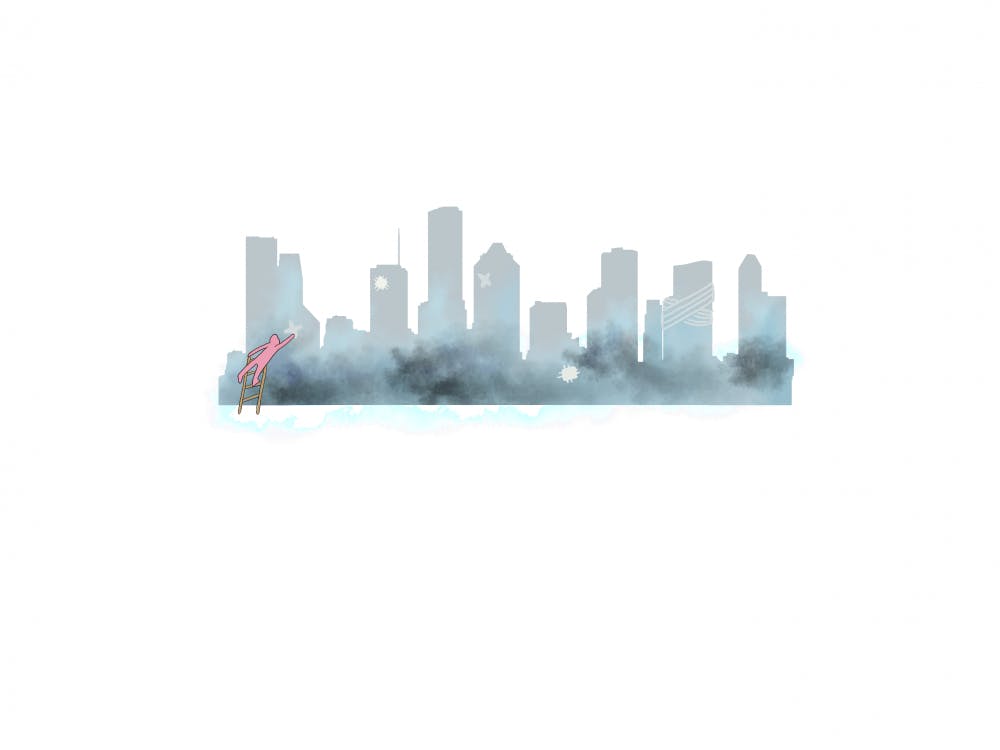 Two years after Hurricane Harvey devastated Houston, the Rice community continues to find ways of documenting the experiences of those affected and creating spaces where students, policymakers and scholars can learn from each other.

The Hurricane Harvey Registry’s initial report, which was released in February, found that Houston residents continue to suffer from the aftermath of Harvey. The report details the needs of 29,000 Houstonians in terms of displacement, debris and physical and mental health.

Data from the report shows that 46 percent of surveyed residents were displaced for an average of 20 weeks following the storm. Research shows that displacement has long-term negative effects on mental health even after residents return to their homes. There is also a persisting danger of toxins like lead, asbestos and arsenic in flooded homes especially older buildings.

Lisa Spiro, co-director of the Harvey Memories Project, said the act of remembering is essential to processing events like Harvey.

“By remembering, we often can begin to make sense of and recover from traumatic events like natural disasters,” she said.

Spiro said she encourages the Houston community to not forget the ongoing recovery efforts for many communities and the lessons that were learned in the wake of the disaster.

“We need to be aware of how many people continue to suffer from the effects of Harvey, particularly in economically vulnerable communities,” she said. “Ultimately, we should look forward to consider how we can both prevent and prepare for future disasters.”

Headaches, runny noses, problems concentrating, shortness of breath and skin rashes were among the reported health problems linked to the storm as a result of exposure to mold and bacteria. According to the data, 50 percent of respondents reported runny noses and 26 percent reported headaches.

He said he experienced worsening symptoms including fatigue, insomnia, light sensitivity and brain fog that forced him to find a “mold-free apartment” and cleaner air.

“Even with a good apartment, life is difficult,” he said. “I can spend days without talking to a human being, since the mold in the outdoor air and in almost every building in the city damages my health. I cannot even go to a grocery store to buy food, since every store I have tried (over a dozen) is moldy. I have to spend a large amount of time and money on various treatments just to keep functional.”

The report also emphasizes the long-term mental health effects of Harvey that can continue for years after the storm, including post-traumatic stress disorder.

“Psychological reactions to natural disasters occur in waves of emotional highs and lows that take place well beyond the one-year anniversary of an event,” the report read.

When it comes to Harvey recovery efforts, Jim Blackburn, co-director of the Severe Storm Prediction, Education and Evacuation from Disasters Center at Rice University, said that the Houston area has a long way to go.

“Any city that flooded like we did in Harvey is going to struggle,” Blackburn said.

Less than three months after moving into a new home with her mom and stepdad, Briana Farias, a McMurtry College junior, lost all her personal belongings when Hurricane Harvey hit. Her pajamas were all that she had when she went to her dad’s house for the weekend.

“I was so devastated when I woke up to just photos of our kitchen and their bedroom underwater with our dogs atop the floating mattress with no words,” she said.

Farias said her family didn’t even have time to grab their naturalization papers, but afterwards they were overwhelmed by the support of their church and Rice community. She said she her coworkers gave her a gift card to buy new clothes and a Rice Harvey team helped gut and clean her house for two days.

“My parents and I were able to lean on each other and I became so much more grateful for the intangible things in my life,” she said. “While I miss the fleeting materialistic things, I value the experience of Harvey because of the strengthened relationship and ties I feel to my Houston and Rice community.”

Isabella Gandara, a Hanszen College senior studying civil engineering, said that Harvey helped her discover what career path she wanted to pursue. She plans to work to help the Federal Emergency Management Agency with working on remapping the floodplains.

She said Houston is still struggling with recovery efforts in some of its low-income neighborhoods.

“We drove into these neighborhoods and you still see these piles of debris everywhere where there hasn’t been a lot of rebuilding or growth in some of these low-income areas,” she said. “It’s been two years after the flood, so people have moved on. A lot of people have recovered from it, but you still have these people that are still being affected. It’s like these initial stages of recovery that should have happened a month after the flood are happening a year later.”

Connor Rothschild, a Martel College sophomore, and his teammate Sapna Suresh (Martel ‘18) won the Houston-Centered Policy Challenge for their multi-home buyout proposal. Rothschild said the proposal was meant “to encourage homeowners in the Meyerland community to engage in home buyouts with their neighbors.”

Blackburn said Houston is capable of fixing the flooding problem, but in order to do so the city will have to take quick, decisive action.

“We’re either going to become the leader of resilience planning or we’re going to fail,” he said. “There’s not much in between. We gotta get this right, but it’s a very, very difficult problem.”