So you say you're an ally? Prove it this Friday

If you’re not outside on the quad tomorrow, don’t talk to me about diversity. 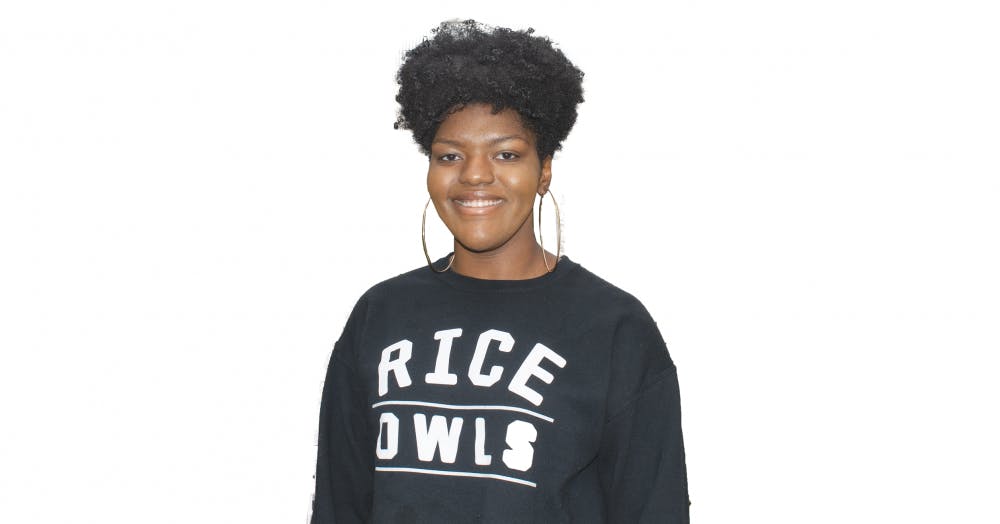 On March 16, 2019, I attended the second annual Houston March for Black Women utterly and woefully alone. I put my hoodie on, dragged myself to the car and proceeded, for the next five hours, to march for myself. I got to the march’s central point in the heart of the Fourth Ward of Houston, ready and hopeful. Though I had seen not a single post, group message, email or any organization of a Rice collective to go to the march (except for the invitations I sent, which yielded no response), I’d thought about the effervescence of ahead of January’s Women's March, and I thought surely I'd see the Rice community there. I stayed for the duration of the march and I saw not a single member of the Rice community save for the one who helped to organize the march itself.

Let that sink in. From the campus College Magazine touts as “The Best University in the Country for Feminists”, we were the only two in attendance. Though I’m often wary of having high expectations — often, any expectations at all — I’m not going to lie, I had never been more disappointed than I was in that moment. All I could think in that moment was: “Rice, tell me how intersectional your feminism is again, tell me how much my life matters to you again?”

Rice, you let me down. You have constantly disappointed me. I say this to you today with sorrow and not with malice. Throughout my three years here, I’ve tried to love Rice. I’ve tried to embrace Rice and to love it for what it is, but it has become evident that I cannot love a Rice that refuses to love me.

So I'm here today to ask you one last time to do better — to prove wrong what I currently believe to be correct.

On Friday, April 5, you have the opportunity to show up to the Central Quad at noon to join the “Rice Students Against Pence!” protest in light of Pence’s invitation to speak at the James A. Baker III Institute for Public Policy. On Friday, we’re standing against the violation of human rights and against the dismissal of fundamental standards of human respect and civility in engagement and in policy. This is bigger than party lines. It's bigger than political discourse. The man — the men — the people who are in violation of the these fundamentals just so happen to be politicians.

Today I’m going to look you in the face and ask you: Will you show up for me? For all of me? My Blackness? My womanhood? My survivorship? My poverty?

All I’m asking — all we’re asking — is that you show up. For queer folks. For Muslim folks. For Black folks. For Jewish folks. For Rice — for all of Rice.

On Friday, will you speak up in solidarity with immigrant families, survivors of sexual assault, those impacted by greedy imperialism?

You might respond, “But, Summar, It’s hard being an ally. It’s dangerous to protest.”

It’s hard to be an undocumented immigrant mother, a homeless person trying to eat, a disabled person trying to exist in a world that forgets they exist. It's dangerous being a young black male in a routine traffic stop, a beautiful woman in a dark alley, a trans person breathing.

This piece is not for the marginalized. I know too well the weight of fatigue and exhaustion that comes from having to stand up for yourself — often by yourself. So to my marginalized friends: Do you. Take care of you. In some ways it's the most radical thing to do.

This piece is a plea to and this protest a moment for those of us who know we need to act — the ones of us with “no skin in the game.” This one is aimed straight at those of us with Anita Hill posters on our office doors, those with #BlackLivesMatter stickers and T-shirts, who post about the importance of trans visibility and who cried to me on the 2016 election night in sorrow and shame — those of us who have the privilege to not exist at the crosshairs of intersecting marginalized identities.

And for my Republican friends, show me that we can reach across the aisle and that true nonpartisan rallying around the violation of human rights is possible. Show me that we can look past party lines and cast away our parents’ blind allegiance to partisanship.

Show me. Show up for marginalized bodies.

If you can’t show up on Friday, then I’ll know where we stand. I’ll know when I pass you in the hallways, when I see you in serveries, when I bump into you at a public party. If you don’t, I’ll know. I’ll remember this day and what you chose to do instead and make a mental note. This is your choice. But understand that if you make that choice (and I want this to be unequivocally clear), if I die, do not show up at my vigil.

Because to stand up only in a half-hearted commemorative effort to honor my life posthumously — a life you didn’t care enough to speak up for — is shameful and telling. Stand with marginalized folks while they can still speak for themselves or not at all. Solidarity at a candlelit ceremony is too late. Do not then reference my people, or our people, in your posts or your syllabi, depict me on your laptop stickers or make me your hashtag.

Like the morning before the March for Black Women, I’m anxiously hopeful, and like that morning, I’m grounded in sinking yet realistic pessimism. On April 5, will you prove me wrong, Rice? Will I finally get to see the “culture of care” that I’ve only ever heard about but never been privileged enough to experience? Will I finally see the Rice community cash in on its word and state unequivocally that we are a community guided by love and acceptance and that we will not stand for anything less?

I’ll be there. Will you?