New Multicultural Center to be included in major RMC renovations 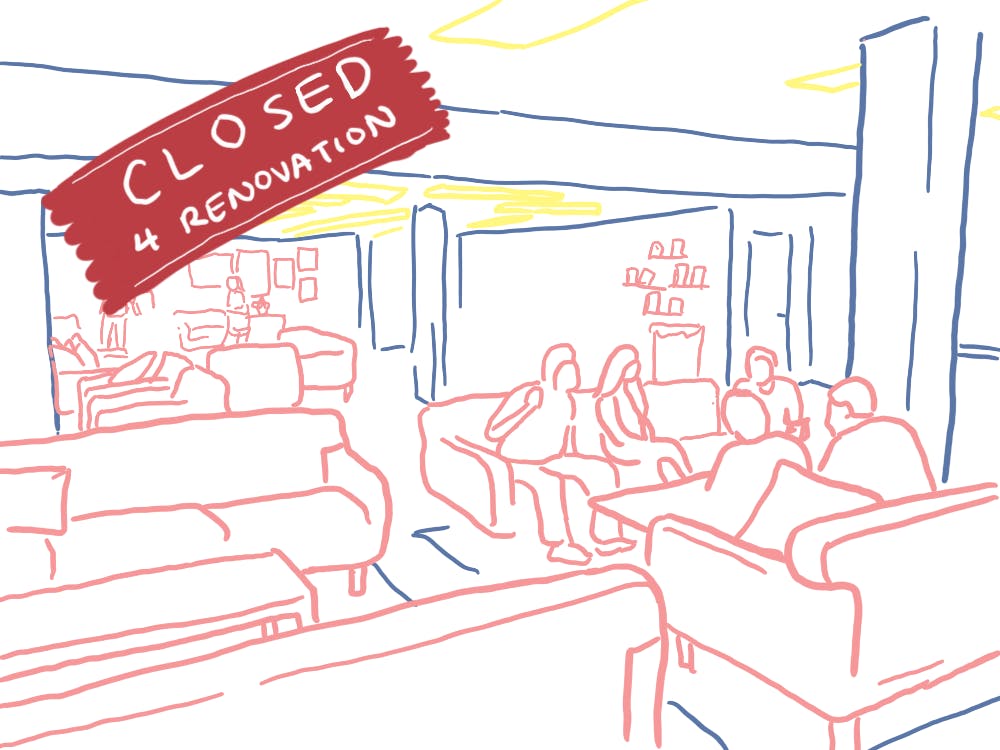 A new multicultural center will be built as part of renovations to the Rice Memorial Center, which will involve demolishing and rebuilding every part of the center excluding the chapel and offices adjacent to Ray Courtyard, according to Vice President for Administration Kevin Kirby.

The timeline for the start of RMC renovations is currently unknown, Kirby said. Rice’s Development Office is searching for a donor or donors to raise the estimated 40 to 45 million dollars. President David Leebron said Rice has been “engaging potential major donors in conversation.”

“It’s a really important project for us and we’re eager to get a really great multicultural center and a really great student center,” Kirby said. “It’s really high on the President and Provost’s priority list. We’re optimistic we’ll raise the money and get it done sooner than later.”

The Thresher reported in August 2017 that the new Multicultural Center was originally planned as an individual $2 million construction project built adjacent to Ray Courtyard and connected to the RMC. However, after Rice decided to take on an overhaul of the RMC, discussions with students, Provost Marie Lynn Miranda and Associate Provost Roland Smith resulted in a consensus that the Multicultural Center should be part of the new RMC, according to Kirby. Kirby and Smith both said they did not recall exactly when the decision was made.

“[The initial plan] had the advantages of being a separate stand alone project that we could go and execute right away and had the disadvantages of not really being integrated into the whole student life experience in the student center,” Kirby said.

Black Student Association President Drew Carter said the decision to delay construction is “detrimental” because it makes students feel the center is not a priority.

“We must reflect on the lack of diversity in our institution’s history which strongly limits the number and potential donors who would most likely contribute to a multicultural center,” Carter, a Jones College freshman, said. “As a result, students watch as new buildings are put up year after year, and are still left to walk underground into the basement of the students center.”

Associate Provost Roland Smith said fundraising takes time. According to Smith, it took Rice 13 years to raise the funds for the new social sciences building, which cost $38 million. Multicultural centers at state schools have the advantage of funding from state legislatures, Smith said.

Provost Marie Lynn Miranda said she is currently working to find an alternative space for the Multicultural Center outside of the RMC basement due to the lengthened timeline for the new center’s construction.

“I’m an environmental scientist; so [I] am a big fan of natural light,” Miranda said in an email. “So we are currently trying to find alternative space for the multicultural center that would get it out of the basement.”

This winter, Smith said the Multicultural Center was renovated with improvements such as more electrical panels for outlets and furniture including study carrels--an effort he said cost over $50,000. The funds came from the President’s Office, according to Kirby.

Yonas Tekola, however, said more improvements could be made.

“Paint the walls, please, because culture is vivid and a Multicultural Center should be more appealing on the eyes,” Tekola, a Jones College junior, said.

Kirby said the new RMC building will be 80,000 square feet, in the same location and containing the same square footage as the current RMC.

According to Kirby, the new RMC will take up less land due to modern architecture, which will allow room for possible expansions. The Multicultural Center will occupy about 3,500 square feet of the new RMC, the same amount allotted for the original standalone building.

Kirby said Rice will likely refer back to the initial construction plans for the standalone multicultural center, which incorporated student feedback. He said students voiced a preference for common spaces over dedicated spaces for different cultural groups.

Carter and Tekola said the new center should have space that is specific for different identity groups as opposed to the current center’s set-up of one large room.

“There can still be a centralized room or center but in order to allow students to feel as though they have a shared space, they must simultaneously have a space to turn to when they are not comfortable in those shared spaces,” Carter said.

Arlen Suarez, former Co-President of Hispanic Association for Cultural Enrichment at Rice, said she would like to see the space have a large auditorium with a stage for cultural shows.

“Currently each club must rent out a stage from a third party and that cost is generally around $1,000 for the night, sometimes with unreliable vendors,” Suarez said. “I see that as an unnecessary waste of money that could go towards improving the show. Every single large event at Rice has to be in the Grand Hall, but sometimes that space is not large enough for the audience at the larger cultural shows.”

Once funding is secured, Kirby said construction for the center will take around 18 months and no more than two years. During that time, he said Rice would provide temporary spaces to serve the RMC’s function, possibly in the form of tents or trailers. Kirby said there are not definitive plans about who will be located in the temporary spaces.

Kirby said the new RMC will continue to be a home for spaces Rice students love.

“There are certain building blocks that the students said we absolutely need in there,” Kirby said. “Things like Coffeehouse, Willy’s Pub, some kind of a Grand Hall, a multicultural center, and lots and lots and lots of meeting rooms.”

In 2017, a letter to Leebron written by Student Association President Justin Onwenu and signed by the heads of Rice’s cultural clubs expressed their belief that the Multicultural Center should have a staff member “dedicated to engaging students and helping the vast number of clubs with their own programming.”

“It would have been entirely unstaffed until now if I had not moved down here,” Garvey said in an email. “I was moved to not only address the lack of a staff presence, but to start getting students familiar with and using the space.”

“Garvey goes above and beyond to help us achieve our goals,” Sentegne. “He is a great presence in the MCC during the day due to the location of his office. I feel that he is the most accessible to me personally.”

In December 2018, Smith said he hired Ijeoma Nwaogu to the part-time position of Associate Director of the Multicultural Center. He said he will revisit the possibility of increased staffing after Nwaogu has worked at the center for a year.

Sentegne said Nwaogu has provided platforms for critical discussions through programming including an event on imposter syndrome. Nwaogu said she is planning to lead a large programmatic effort around Hispanic Heritage Month.

“I do come by here every time that I’m working for that week,” Nwaogu said. “To be sitting here, to have a presence from our office is definitely a priority for us.”