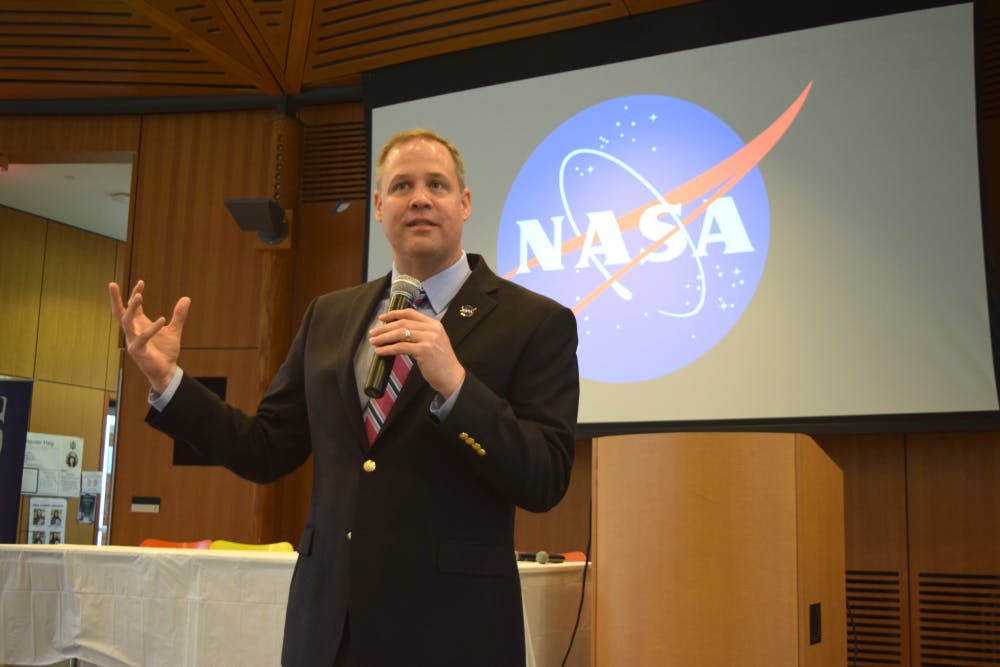 Jim Bridenstine, NASA administrator (Lovett College ‘97), addressed NASA’s recently-announced goal of returning to the moon by 2024 and said NASA will put a woman on the moon during the Owls in Space Symposium on Saturday.

Students also had the opportunity to speak with Peggy Whitson, who received her doctorate from Rice in 1985 and is NASA’s most experienced astronaut to date and the first woman commander of the International Space Station.

According to Bridenstine, while the original plan was to return to the moon in 2028, the new plan to reach the moon four years sooner is largely because past projects have lost government funding because they took too long.

“The vice president, [Mike Pence], said we don’t want to go in 2028, that’s too long,” Bridenstine said. “If you want to reduce the political risk, you go, and you go quickly.”

Bridenstine promised that in this newly announced expedition, NASA would put a woman on the moon for the first time.

Bridenstine said that returning to the moon is a part of a larger plan to someday put humans on Mars.

“Why do we go to the moon?” Bridenstine said. “Because ultimately, it’s a proving ground for how we’re going to live and work on Mars, that’s why we do it.”

According to Bridenstine, the symposium, hosted by Students for the Exploration and Development of Space, allowed him to share a glimpse into NASA’s plans and research with Rice students enthusiastic about space.

“There’s no shortage of talent and intellect here at Rice University; of course, I’ve seen that firsthand as a graduate,” Bridenstine said. “Students here are as bright today as they ever were. We had some great questions and a good dialogue and it’s always great to be here at Rice.”

Whitson attended the event as well and spoke with a group of students during lunch. Whitson said that this was a chance to come back to Rice and share her experiences as an astronaut with interested students.

“For me, it’s just fun to see enthusiasm and excitement for space still exists and so I like to share a little of it,” Whitson said. “I think the biggest thing about being a role model is just to encourage all of the young ladies and women out there to find their passion, find what it is that really drives and makes them want to keep going to work every day and be really exceptional at it.”

Tori Joshi, one of the students at Whitson’s table during lunch, said that it was exciting to talk to the record-breaking astronaut who inspires Joshi’s own interest in space exploration.

“It was really to cool to actually finally talk to her,” Joshi, a junior at Martel College, said. “I was like two feet away from her for that entire conversation, which was insane, especially the fact that she’s done so much as a female astronaut, and also just spent so much time on the [International Space Station].”

Ryan Udell, president of SEDS Rice and the organizer of the symposium, said that the club and the event were inspired by Rice’s history in the space industry, from President John F. Kennedy’s speech at Rice Stadium to the creation of the world’s first space sciences department.

Udell said that SEDS intends to have annual symposiums in the future, along with other events to connect more students with the world of space exploration.

“SEDS Rice stands on the shoulders of giants and through the symposium, we are creating the new space development group at Rice to stay,” Udell said.