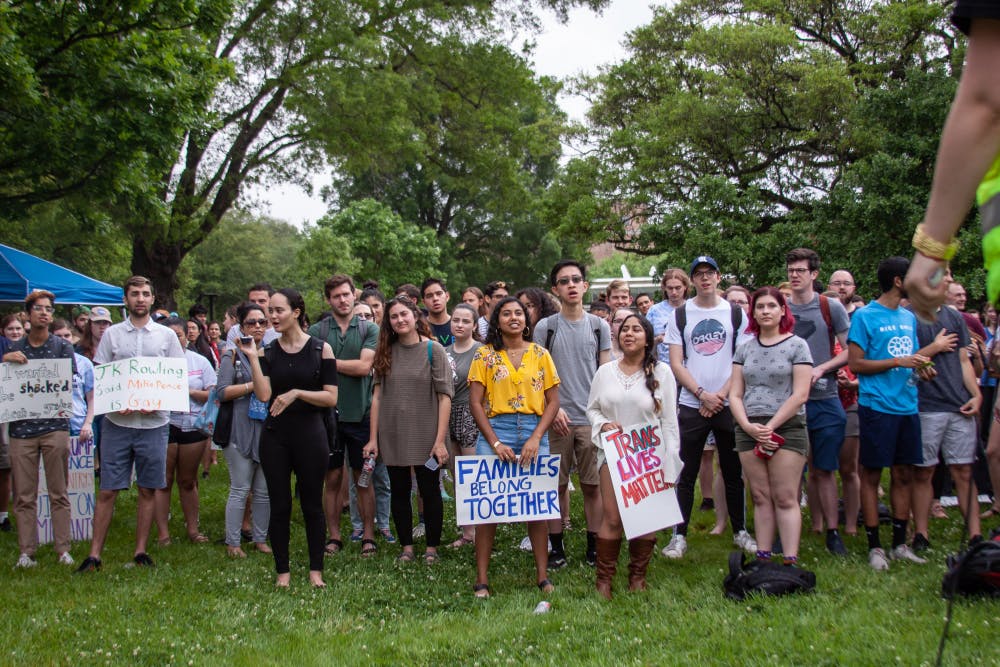 The Hispanic Association for Cultural Enrichment at Rice ultimately decided not sponsor the protest against Vice President Mike Pence’s speech on Venezuela to respect the conflicting opinions of their organization’s members.

Pence’s speech in the James A. Baker III Institute for Public Policy, which took place at the same time as the protest, centered around Venezuela’s humanitarian crisis and the U.S.’s foreign policy.

According to Bryan Najera Demoraes, HACER cultural events committee chair, HACER did not believe the protest was focusing enough on Venezuela or representing Venezuelan voices.

“At the same time, HACER did not want to isolate the members of our community who have been marginalized by Pence’s views and policies, such as the LGBTQ+ and the immigrant community,” Najera Demoraes, a Baker College sophomore, said. “Ultimately, we reached our decision because we did not want one voice to speak on behalf of our diverse student body.”

According to Najera Demoraes, Rice Left approached HACER’s leadership about potential participation in the protest on March 28, the same day they noticed conversation regarding Pence’s visit in the “Latinx@Rice” GroupMe. The leadership team met with the Rice Left and eventually decided against participating, sharing their final decision on the HACER listserv in a “Letter on Venezuela Discussion and Pence Protest,” early the day before the protest. Alejandra Gutierrez, a Venezuelan senior at McMurtry College, said she was in conversation with HACER after the leadership made their decision and reviewed the part of their letter regarding Venezuela.

“The protest on its own does not appear to fully recognize the importance of continuing the discussion on the Venezuelan crisis and the opportunity to hear what the United States plans to do with regards to the crisis directly from the vice president,” the letter read.

A Rice chapter of Jolt, a Texas-wide organization promoting Latino political empowerment, was an official sponsor of the protest, according to Jolt President Kim Olea.

“Mike Pence’s ideology contradicts what we stand for,” Olea, a McMurtry College junior, said. “As a group of young Latinos trying to increase awareness of issues present in our community, we felt the need to stand up for our community. ”

Amanda Perozo, a Venezuelan Wiess College junior, said she was glad about the decision, not because she was against the protest, but because HACER is a non-partisan organization.

Najera Demoraes said he wants to emphasize the importance of listening to student feedback about the crisis in Venezuela.

“I [also] want to stress the significance of having discussion on the Venezuelan crisis itself,” Najera Demoraes said. “Without reference to Pence’s remarks, the humanitarian issue that is occurring there demands its own respect and attention.”

April 10, 1:38 pm: This article has been updated to reflect that Gutierrez and Perozo were not in conversation with HACER before they made their decision.