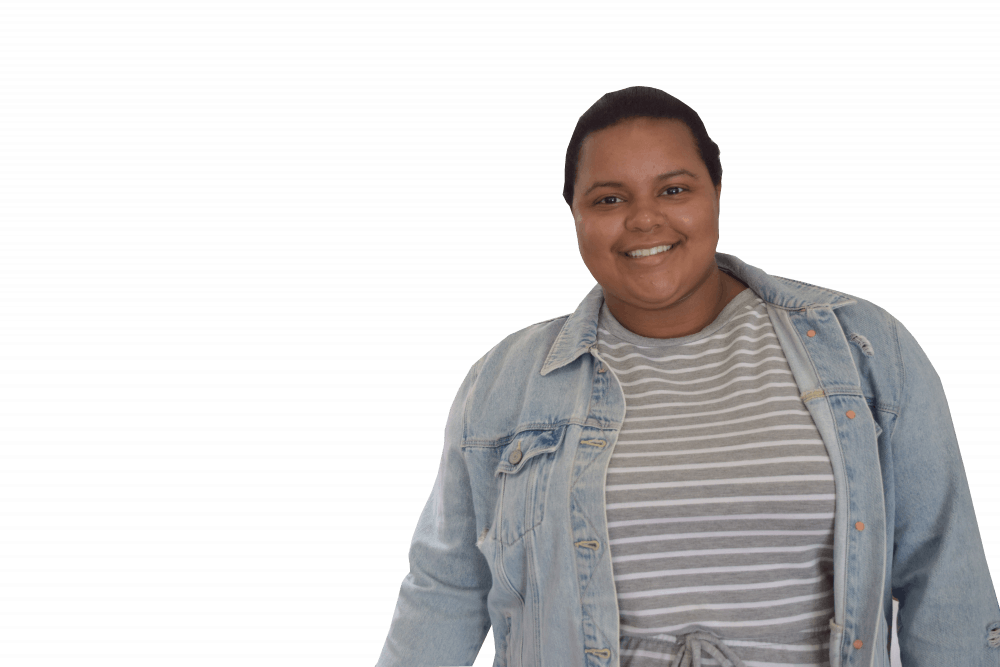 After Gabrielle Falcon, who goes by Gabby, announced on Facebook that she was chosen as a 2019 student director of Orientation Week, she got a call from her grandmother.

“She called me in tears and was like, ‘I would’ve never imagined my granddaughter would be the head of anything at a White institution,’” Falcon, a Martel College junior, recalled. “I’m really proud to come from a background with [race-related] struggles, because it makes those wins so much more sweet.”

But sometimes, Falcon’s reality of being biracial is sour.

Falcon is originally from Lafayette, Louisiana. She was born to a Black mother and a White father, both of whom are also Cajun. She spent a lot of time with her maternal family in Louisiana when she was young, which made her feel closer to her Black culture.

This changed after Hurricane Katrina hit New Orleans, where Falcon’s family was living at the time. They evacuated to Orlando, Florida and moved to Fort Worth, Texas when she was 11.

North Texas, according to Falcon, is the peak of White culture.

“There were days that I prayed I was White,” she said of her time in high school. “You’re the stereotypical Black friend, and you’re the sidekick, right? And my personality isn’t a sidekick.”

Falcon was also academically successful, but often felt this success was just luck. Because of this feeling, she only considered state schools in Texas and Louisiana at the start of her college application process. It wasn’t until one of Falcon’s cousins visited Rice that she even considered it an option.

“She was like, ‘I think you’re gonna love it here. I need you to apply.’” Falcon said.

Still, Falcon didn’t want to. She said she feared she wouldn’t get in and that it would hurt. Ultimately, it was her mother who got her to go through with the application. Falcon said her mother grew up without a lot of money, and although she was admitted to Duke University, was unable to attend due to finances.

“My mom was like, ‘We built a life for you where that if you get into this place, we can afford it. We can sacrifice for you to come here. We need you to take a chance,’” Falcon recalled.

So she applied. When she was notified of her acceptance a few months later, Falcon said she crumbled on the ground in front of her stairs. Her mother rushed to her side, and when she realized what had happened, they both started to sob.

Rice was a huge change from Falcon’s majority White high school. She said the diversity within and support from her O-Week group made her more comfortable with her biracial identity from day one.

“They put a mirror to my face, and were like, ‘This is who you are. You should be proud of it,’” Falcon said.

Overall, Falcon said she’s loved her time at Rice and has spent her last few years becoming extremely involved in the Rice community. At Martel, she served as the chief justice from 2017 to 2018 and as O-Week coordinator last summer. She’s continued her passion for singing with Rice Nocturnal, works at Coffeehouse and is pursuing degrees in political science and policy studies.

But as she’s become more comfortable with her Blackness and has learned more about race, Falcon said she’s also noticed more and more how far away Rice is from truly including its students of color.

A major issue Falcon said she encounters on campus are microaggressions, which are small and often unintentionally hurtful comments that marginalize individuals.

“They happen all the time,” Falcon said. “Multiple times a day, at least.”

For example, Falcon said people often comment on her hair or try to touch it. She also hears racial slurs, which she said is “really, really painful.”

“People on this campus love saying the N-word,” she said. “I know J. Cole songs are really fun and they’re something you feel really cool singing in a group of your White friends, but you cannot say the N-word. It’s not meant for you and it was created by someone like you to demean Black people.”

“One time I literally had to look up research to prove to this person [that Black women are discriminated against in the workforce],” Falcon said. “As if my experience wasn’t enough, I have to now go on to Google Scholar and find something that a White person wrote about my existence so that it’s proven to you.”

On a Black experience panel hosted at Martel, Falcon shared that every time she’s pulled over by the police, she starts recording on her phone. Some audience members started to cry.

“This is the reality for Black people in America,” Falcon said. “I know we all go to Rice and it seems like everyone here is privileged. But after we remove that we’re all from the same institution, we fall back into the structure of this society. And when I get pulled over, that structure means I have to start recording on my phone.”

Another issue Falcon said she sees at Rice — and more largely in society — is an inability for people to grasp the complexities of race. This has made Falcon sometimes feel like she’s not “enough” for either her Black or White identity.

“Until the concept of race is progressive enough to recognize that people live in the margins of race, people who are of multiple races have to choose one to identify with for the ease of other people,” Falcon said.

An important step Falcon said she’d like to see the Rice community take is to make conscious efforts to put people of color in positions of power.

“Representation is basically the foundation of success for people of color,” she said.

Falcon also thinks Rice students should hold themselves to higher standards when it comes to understanding the nuances of race in America.

She said that personally, having friends that go out of their way to educate themselves on such issues has made her experience much better.

Falcon speculated that if everyone at Rice acted as such, students of color would feel much more comfortable and confident in their own skin.

“Whenever I’m upset about a microaggression or getting in an argument about discrimination with someone who doesn’t believe in it and I’m just crying, I never have to explain myself [to my friends],” Falcon said. “If I had that as a widespread experience on this campus, I think I’d be unstoppable.”

Although Falcon’s experience continues to be both sweet and sour, she feels miles away from who she was in high school. Now, she never wishes she were just White.

“Being Black is both my greatest strength and my greatest pain,” Falcon said. “I wouldn’t trade it for the world.”