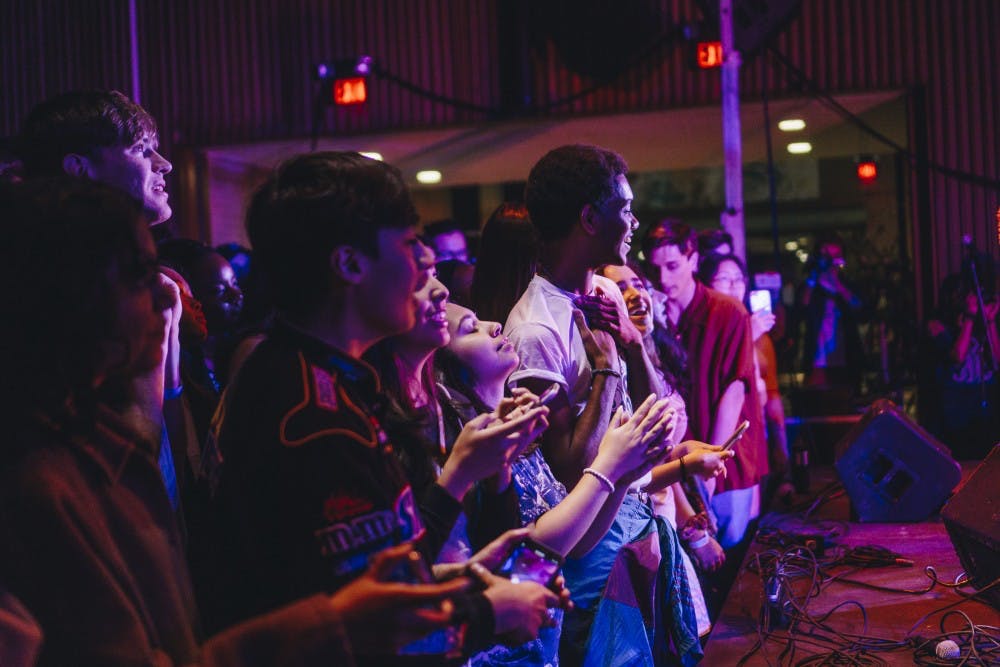 The 28th annual ktru Outdoor Show will feature a diverse array of performances, art exhibitions and, as always, free beer when it takes over the Central Quad this weekend.

Show director Angelo Ragan said they are excited about the lineup of musical acts scheduled to perform at this year’s show. The acts represent a wide array of styles including rap, electronic pop, indie rock and synth pop. Ragan said they sought to schedule acts that would appeal to a variety of people.

“I like to cultivate a diverse sound,” Ragan, a Brown College junior, said. “Every year we try to get a little bit of everything. As the director, it’s been really cool to speak with people in ktru and on campus to see what kind of music people are listening to.”

The two nationally recognized acts are Kilo Kish, a rapper who has worked with Vince Staples, and Diet Cig, a duo whose style Ragan describes as indie rock. But Ragan said they are most looking forward to Coco & Clair Clair, a rap duo from Atlanta, because of their upbeat style.

“The rap genre, a lot of times, can talk about frivolous subjects like money and all that,” Ragan said. “[Coco & Clair Clair] talk about moisturizing and staying hydrated. It’s really cute in a really unique style.”

The diversity of the acts is not limited to the music itself. Ragan said they make sure to reach out to performers representing different cultures and backgrounds as well.

“I want to make sure there’s a variety of music and a diverse group of faces being represented,” Ragan said. “I make a concerted effort to reach out to queer and femme identifying artists because in the concerts world especially, there’s a lot of misogyny that exists.”

Ragan said they are hoping this year’s event will be more interactive than in the past. To that end, organizers have recruited local performance artist Bao Pham to create a graffiti wall during the event, and there will be a sculpture garden for visitors to experience as they enjoy the musical acts.

One of the areas of the sculpture garden will feature used bathroom equipment, such as toilets and sinks, that members of ktru have painted or collaged. Ragan said this exhibition showcases some of the unique traditions of ktru.

“We have a lot of themes we build on [for the Outdoor Show],” Ragan said. “In the past we’ve had the toilets, and we’ve also had bunnies and pineapples. They’re all little quirky ktru things. We’re trying to take past ideas from Outdoor Shows and see how we can change them each year to give it its own different spin.”

The sculpture garden will also include “Telefrag,” a piece created by student artist Julia Casbarian, that was recently featured at Rice Media Center for its 2019 Mavis C. Pitman exhibition “At least i have you, egg.” She said she is looking forward to displaying the work outside of a gallery context.

“It’s made to be interacted with,” Casbarian, a Baker College junior, said. “It’ll be really cool for the people at the Outdoor Show to walk inside of it while they listen to the music.”

Ragan said they hope the Outdoor Show can return outdoors, remembering last year when rain forced the show into the Rice Memorial Center. They also want Rice students to use the event as a way to de-stress before finals.

“It’s ktru’s biggest platform to reach out to the community and provide something that is accessible for a multitude of people, both in the Rice community and in the Houston community,” Ragan said. “What it really means for ktru is sustaining the legacy of our place in the Houston music scene and providing a space for people to come out and enjoy themselves.”

The show will take place Saturday, April 20 from 3 - 11 p.m. Admission is free and there will be free beer for Rice students who are of age.