The future of hip-hop and R&B is female. Here’s who you should be listening to. 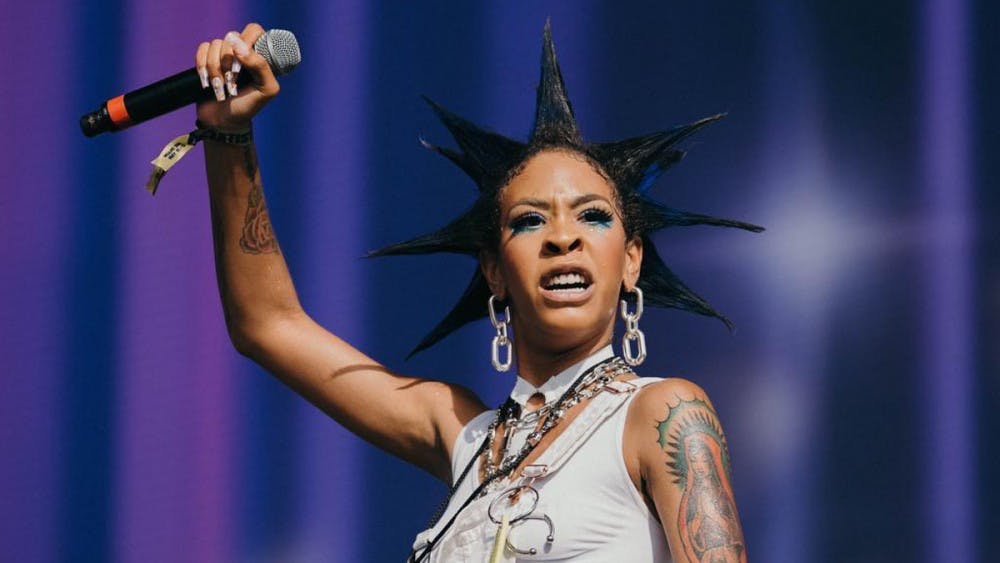 Since its conception in 2007, hip-hop magazine XXL’s “Freshman List,” which showcases rising stars in hip-hop, has featured six women out of 112 features. That measly 5.3 percent shows just how little attention has been given to women in the industry — and that when given, these women still face obstacles of colorism and racism (Iggy Azalea was the first woman to make the “Freshman List”). Similar problems exist in rhythm and blues — despite a history of female stars, the industry heavily favors men; on Billboard’s 2018 R&B songs chart, only seven out of more than 50 artists were women. The time for women to shine in their well-deserved spotlight has finally arrived thanks to increasingly democratic methods like platform streaming and social media.  Female artists in hip-hop and R&B have used these mediums as launchpads to meteoric success.

Even in 2019, female success can still be seen as a zero-sum game where women are pitted against each other until one is crowned as the only relevant artist (see: Lil’ Kim vs. Nicki Minaj). Additionally, Cardi B’s rise to the top has led to incessant comparisons between her and Minaj, as well as other hip-hop acts, but rarely between her and other male artists. Still, the industry is fighting back with an explosion of talent that pushes the boundaries and definitions of traditional hip-hop and R&B. Dramatic change is coming, and you can contribute by supporting, listening to and following these rising artists:

Megan Thee Stallion (Megan Pete) is a born-and-raised Houstonian whose rap style and lyrical talent has contributed to her steady rise to fame. Known for her crisp and creative freestyles on radio stations such as the Charlie Sloth Rap Show, Stallion has a distinctive sound that gets listeners bouncing in their seats. Stallion’s talent has not gone unnoticed: she is the first woman to sign with 300 Entertainment, a record label featuring stars like Young Thug, and Minaj recently tweeted her lyrics with “Oh ok barz.” On top of that, Stallion is a full-time student at Texas Southern University, where she studies health administration.

Rico Nasty (Maria-Cecilia Simone Kelly) lives up to her name. Her single “Guap (LaLaLa)” starts with a narrator, who says “Children, cover up your ears and do the ‘lala’ sound,” appropriate for Nasty’s aggressive, bass-heavy rap style. The 21-year-old released her first mixtape in 11th grade, and her fifth mixtape Sugar Trap 2 made Rolling Stone’s best rap albums of 2017 list. Nasty accompanies her music style with unique, punk outfits, often choosing to don thick eyeliner and spike her hair.

Rapper Noname (Fatimah Nyeema Warner) first gained recognition for her feature on Chance the Rapper’s “Lost,” but she has had no trouble making a name for herself. Her albums Telefone and Room 25 received universal acclaim — unattached to a record label, Noname produces, writes and performs her work without being tied down by a contract. Her success points to an increase in artist independence from labels and the popularity of her style fills a niche in rap that has listeners paying attention. Noname focuses on thoughtful, poetic lyricism, with few bars sounding or meaning the same thing. Her topics range from gentrification to Chicago to Black women’s pain.

Chloe x Halle consists of a sister duo, Chloe and Halle Bailey — 20 and 19 years old, respectively (today is Halle’s birthday). The R&B duo got their start on YouTube, where their cover of “Pretty Hurts” got them signed to Beyonce’s label, Parkwood Entertainment. They later opened for the European leg of her “Formation World Tour” and sang “America the Beautiful” at the 2019 Super Bowl. They wrote and produced their first album, The Kids are Alright, an endeavor that took three years. That care is evident throughout the album, which highlights the sisters’ impeccable voices and easy synergy with each other.

Like many of her male counterparts, Tierra Whack seamlessly transitions between R&B and rap in her quirky, experimental tracks. These tracks are often accompanied by unconventional artwork and music videos, one of which was nominated for the 2019 Grammy Award for Best Music Video. Whack’s artistic, thoughtful approach to her music shows in interesting choices — her debut album, Whack World, features 15 tracks that are each exactly one minute long. And, like many of the aforementioned artists, Whack is a fun artist to follow — she’s been dropping a single every week since Feb. 19, meaning you can follow along until she makes them into a full-length album.

For more rising artists to listen to, see the full playlist at ricethresher.org.