What to watch for: Conference USA basketball tournament 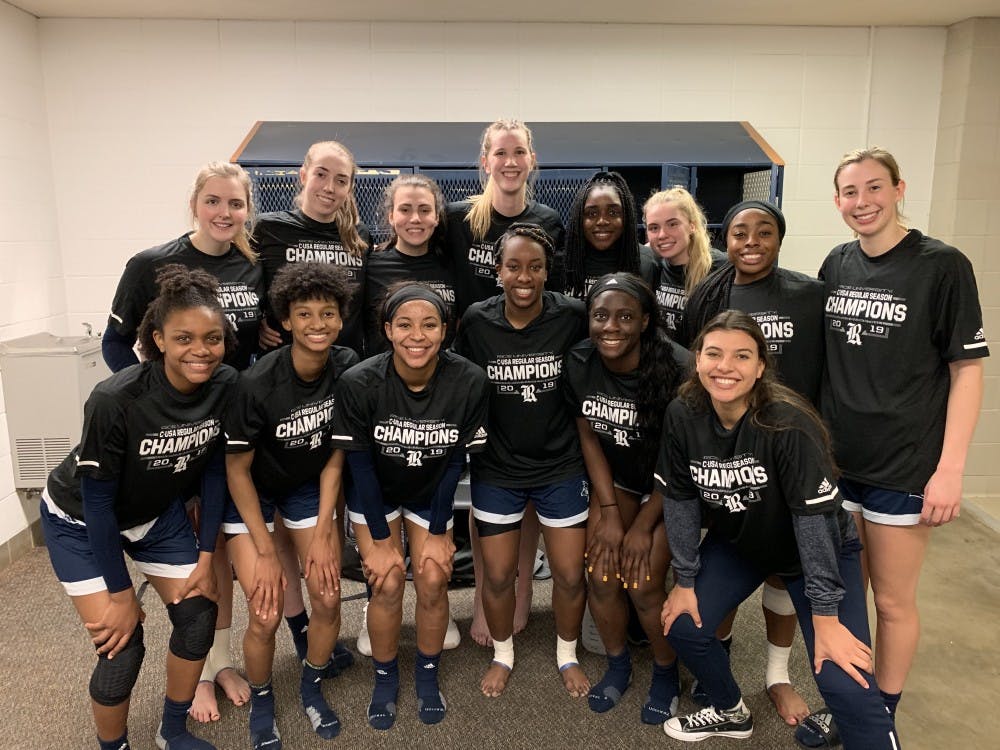 With the regular season over, both the Rice women’s and men’s basketball teams are heading to Frisco to compete in the Conference USA tournaments. The women enter their tournament as the No. 1 seed after winning the regular season conference championship, while the men will be underdogs as the No. 11 seed in the 12-team field. The winner of each clinches a berth in the NCAA Tournament. Here’s a look at how Rice stacks up.

On the women’s side, Rice is the favorite after becoming the third team ever to go undefeated in Conference USA regular season play. The Owls get a bye to the quarterfinals and will tip off at 11 a.m. on Thursday, March 14 against the winner of the first round matchup between the University of Southern Mississippi and the University of North Texas. Here’s a look at the bracket.

If Rice advances, it would play the semifinal at 5:30 p.m. on Friday, March 15, most likely against either Western Kentucky University or Old Dominion University. The championship game is scheduled for Saturday, March 16 at 4:30 p.m. Rice’s quarterfinal and potential semifinal will be broadcast on Stadium, while the championship game will be shown on CBS Sports Network.

A tournament title would put the Owls in the NCAA Tournament for the first time since 2005. However, Rice still has a chance to qualify for the 64-team field as an at-large team even with a loss. ESPN bracketologist Charlie Creme currently predicts that the Owls will receive an 11-seed in the NCAA Tournament, but that assumes they win the C-USA tournament title. The lowest-seeded at-large teams typically receive a No. 11 or No. 12 seed. The Owls rate highly in the Associated Press Top-25 (No. 24) and the RPI (No. 34), but they have not won against a team that ranks in the top-50 of the RPI. On March 5, Creme tweeted that he believes Rice could receive an at-large if it loses the conference title game.

SD and Drake are getting in, so you have that covered. I would watch CUSA too. Rice's resume is light, but would be in the mix with a finals loss. https://t.co/Y9XPGiPHYs

To guarantee a place in the big dance, however, Rice will have to claim the conference tournament championship by winning its next three games.

Rice earned a spot in the C-USA men’s tournament for the first time in the Scott Pera era this year by going 3-1 in the final four games of the regular season. The Owls will have to win four games in four days to claim the tournament championship and qualify for the NCAA Tournament, beginning with a tilt against No. 6 seed Marshall University on Wednesday at 9 p.m. The full bracket is shown below.

While it is seeded near the bottom of the field, the Owls have had moderate success against their most likely opponents. Rice defeated Marshall 74-69 in the two teams’ only matchup of the season. The winner of that game will go on to face Southern Miss, whom the Owls  beat by a score of 73-65 back in January.

Even if the Owls manage to repeat their success against those two teams, however, the road will not be easy. Rice would likely have to face Western Kentucky in the semifinal, a team that beat the Owls in a wild 92-85 double-overtime affair earlier this year. And No. 1 seed Old Dominion,  the tournament favorite and regular season C-USA champion, would be the most probable championship opponent. The Monarchs defeated the Owls 80-76 in their only meeting this season.

Rice is looking to earn the program’s first appearance in the NCAA Tournament since 1970. The Owls haven’t even made it as far as the conference tournament semifinal since 2007 and have never appeared in a tournament final in any conference. Led by guard Chris Mullins, who was named to the C-USA All-Freshman team this season, Pera’s squad will be looking to rewrite the program’s history books.

Rice’s matchup with Marshall will be shown on ESPN+. The potential quarterfinal against Southern Miss will be available on Facebook, while the semifinals and final will be broadcast by CBS Sports Network.

A previous version of this article stated that the women’s basketball team had most recently appeared in the NCAA Tournament in 2007. The Owls’ most recent appearance was 2005.