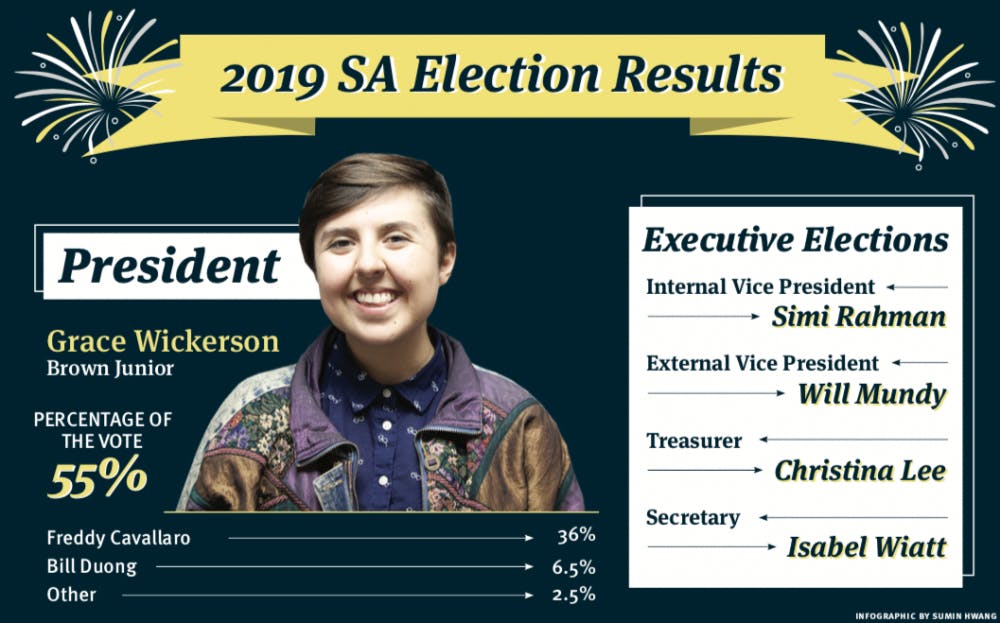 Grace Wickerson will serve as the next Student Association president after beating out competitors Frederick Cavallaro and Bill Duong in an election with the lowest number of votes cast for president since 2016.

The SA utilizes ranked-choice voting, which asks voters to rank candidates and a write-in in order of preference. Afterwards, the candidates with the lowest number of first-choice preferences is eliminated and those votes are allocated to each voter’s highest preferred remaining candidate. This process is repeated until a candidate receives a majority of the votes. In this year’s election, a majority occurred in the first round of voting.

In the secretary race, the only other contested position on the SA Executive Committee, Isabel Wiatt defeated Aaron Pathak. Wiatt earned about 53 percent of the vote with 734 votes. Pathak, her opponent, earned 45 percent of the vote, or 631 votes.

The only other contested race was Honor Council Senior Representative where five candidates vied for four spots. Maheen Khizar, Stefano Romano, Grace Coleman and Natalie Zur won spots while James Suffoletta missed out on a seat. Coleman received the most votes of the candidates with 626.