‘Thank u, next’ doesn’t hold back 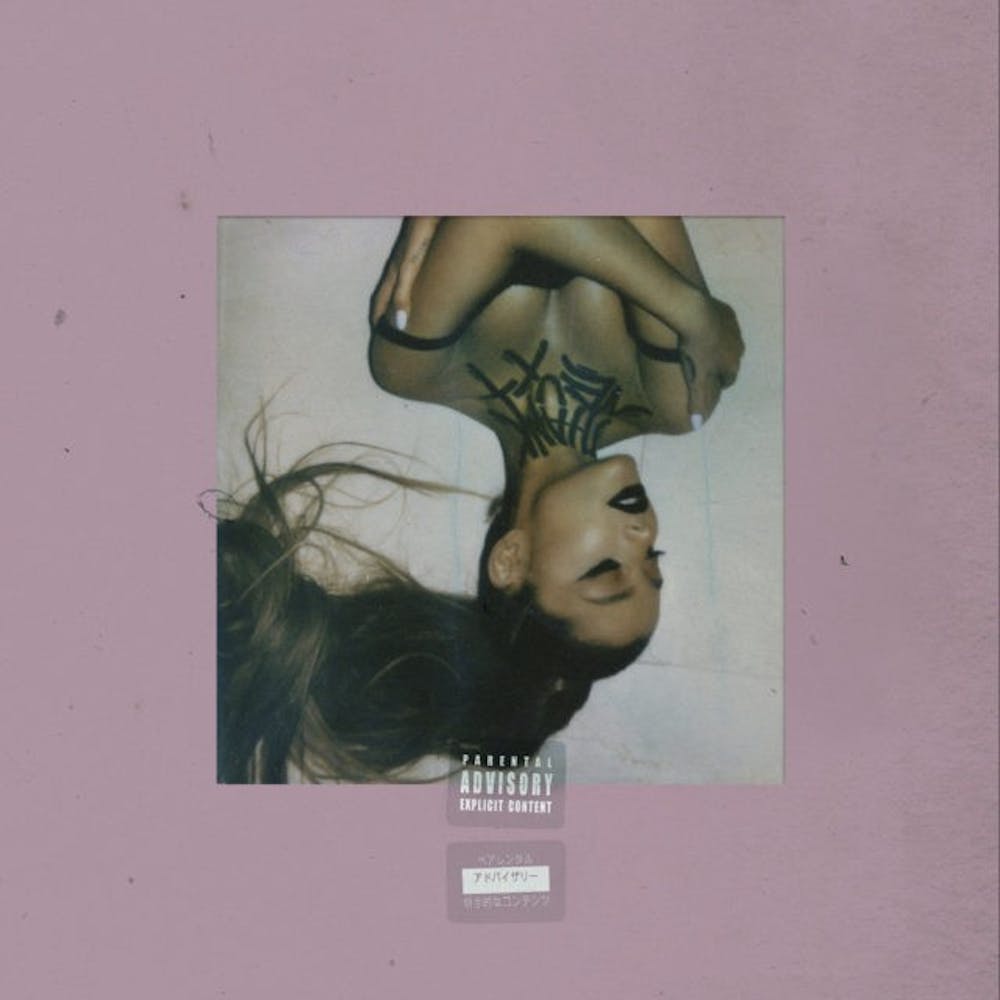 Ariana Grande dropped her fifth and newest studio album, “thank u, next,” last Friday. With this release, Grande has found her “next,” and it’s not all rainbows and butterflies. It is, however, delicious pop music with memorable, emotional hooks.

Grande’s album has been mired in mild controversy since sher dropped “7 rings” which had alleged appropriation and “break up with your girlfriend, i’m bored” which some felt was queerbaiting. I won’t dive into the intricacies of these arguments because I’m not in a position to speak with authority about appropriation of black and queer culture. Know, though, that these are serious claims, and that some feel hurt and marginalized by the content of these songs.

At the same time, it’s important to consider the possible hypocrisy in “canceling” Grande based off of these claims. While Grande’s missteps can be written off as unintentional or ignorant, several popular male artists have been embroiled in scandals that are magnitudes worse. XXXTentacion abused his girlfriend, yet his music still dominates the rap charts. Drake wore black face, and his songs are still played nonstop. And R. Kelly — you already know. If Grande’s songs offend you, be consistent in your outrage. But, on to the music.

“Thank u, next” is a sadder complement to “Sweetener,” Grande’s previous album. In “Sweetener,” we see relationships begin and flourish, but in “thank u, next,” we see Grande thrive on her own. “Sweetener” was an important moment of lightness following the 2017 Manchester terrorist attack at Grande’s concert, and she sings pastel pink songs like “the light is coming” and “get well soon” as a reflection of this bubbliness. “Sweetener” sounds how falling in love feels.

One month after the release of “Sweetener,” Grande’s ex-boyfriend Mac Miller overdosed and her public engagement with Saturday Night Live star Pete Davidson deteriorated into a breakup. Two months later, she released the single “thank u, next,” delivering a message of maturity and kindness. “Thank you, next” grew into a catchphrase for women and men alike. Bad professor? Thank you, next. Mean friend? Thank you, next. Tasteless meal at Seibel? Thank you, next. Ariana Grande? Thank you, more please.

Like its namesake, the album, “thank u, next,” taken together, is an assertion of being okay. The album’s 12 songs celebrate singledom while also acknowledging that everything might not be perfect.

In “ghostin,” Grande sings “I know that it breaks your heart when I cry again / over him … I’m a girl with / a whole lot of baggage.” The slow-moving synth combined with Grande’s whispering vocals turn this song into a desperate diary entry, packed with double-meanings and allusions. “Needy” is a song about self-awareness, of knowing that you’re hurting, of knowing that you need help. Grande croons, “You can go ahead and call me selfish / but after all this damage I can’t help it.” These are songs about moving on, about finding ways to love yourself in your current form. These are songs to memorize by heart, to scream to during long car rides.

The album also has notable, unrestrained moments of joy. There’s the plain-faced assertion that “I’ma need space” on NASA, which inspired a thrilling Twitter exchange between NASA, Grande and Buzz Aldrin. And the bright, boppy “bad idea,” which includes a Gotye-esque hook destined to be sung (screeched?) at every public party for the rest of time, replacing “now you’re just somebody that I used to know” with “I’ve got a bad idea.” “Bloodline” is a tight, swinging reggaeton hit that might confuse genealogy and reproduction, but I love it anyway. In “7 rings,” we learned that “The Sound of Music” is still relevant and that Ariana Grande is really, really rich. Lastly, “break up with your girlfriend, i’m bored” contains a chorus which will definitely be stuck in your head for the rest of your life — sorry, I warned you. (I’m singing it in my head right now, actually.)

Grande made an album for how she feels right now: kind of sad and kind of horny. And it seems that a lot of college students can potentially relate to that. 2019 is hard enough and college is hard enough without having to constantly analyze the morality of every pop song and album on the radio and in your Discover Weekly. Of course, it’s important to think about these topics, and to have conversations about them when issues arise. But at the same time, you can listen to songs that you enjoy, that make you feel happy, that are fun to sing along to — that doesn’t mean that you’re worse because of it. You might find yourself listening to “thank u, next” on repeat throughout the rest of the semester.

“Thank u, next” is remarkable in the fact that it even exists. It was released a mere five months after “Sweetener,” and those five months were punctuated by moments of real, sincere tragedy for Grande. “Thank u, next” is not perfect, and it can be problematic, but that’s life. And Grande continues to grow into her own voice, four octaves and all.

“Thank u, next” can be found on streaming platforms like Spotify and Apple Music.