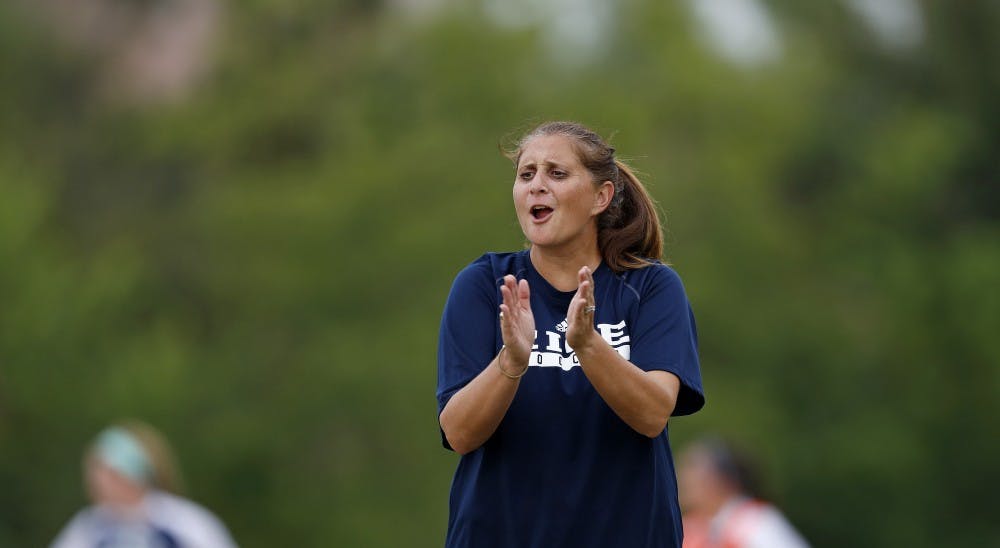 Nicky Adams has stepped down from her position as head coach of Rice soccer to take the head coaching job at Syracuse University, according to a press release from Rice Athletics.

Adams, who has held the head coaching position since midway through the 2010 season, was twice named the Conference USA Coach of the Year during her time at Rice. She led Rice to the NCAA Tournament two times--once in 2014 as the C-USA tournament champion and once in 2017 as an at-large when the Owls finished undefeated in conference play to claim the regular season title.

She completes her career at Rice with a head coaching record of 87-55-23 and three conference championships in just under nine seasons. The Owls ranked as high as No. 18 in the country during her tenure.

Adams has been on the Rice coaching staff since 2003–just the third year of the program’s existence. She said that the move to Syracuse will be bittersweet.

“Rice University is a very special place and will always have a special place in my heart,” Adams said. “I have been so fortunate to work with so many wonderful people and incredible players over the last 16 years. I would like to thank the entire athletic department, all its supporters, Rice Soccer alumnae and current players for believing in me and my vision during my time there.”

Director of Athletics Joe Karlgaard said he is grateful for Adams’ impact on Rice soccer.

“We are grateful to Coach Adams for the terrific program she's helped build over a 16-year career at Rice,” Karlgaard said. “She's left Rice soccer in a far better place than she found it. We are excited to build upon that foundation with new leadership...While today is bittersweet for us, the future has never been brighter for the Rice soccer program.”

Adams will take over a Syracuse program that went 3-15-0 last season, its worst record in program history. It has never posted a winning record in conference play since joining the Atlantic Coast Conference six seasons ago.