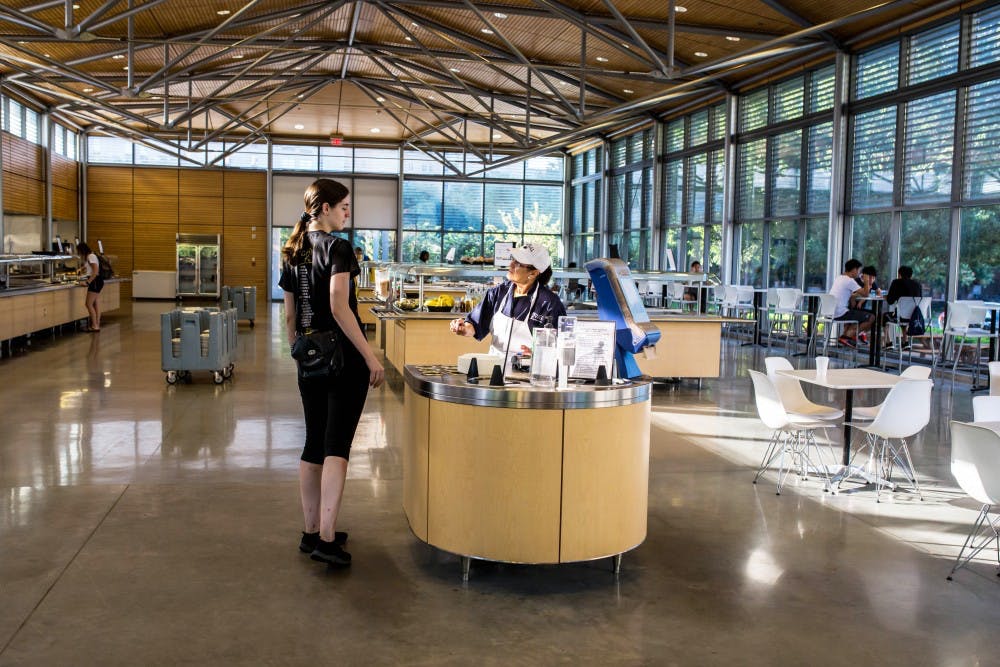 Photo by Phyllis | and Phyllis The Rice Thresher

Serveries will provide meals during spring break for the first time, according to David McDonald, the senior business director of Housing and Dining.

“With the large differences in socioeconomic abilities for students now — it’s much different from a decade ago and two decades ago,” McDonald said. “We have to be more open about changing our processes and accommodat[ing] as many people as we can, just as the university’s doing so with its financial aid package.”

McDonald said this year will be a trial run to gauge data about servery usage during the break, which H&D will use to adjust plans for coming years.

“Many more students now are not just from the Texas area, [and] that’s definitely increased quite a bit in last 10 years,” Curet said. “The farther people have to go away for breaks, either back home or actually take a vacation, that’s changed a lot.”

According to McDonald, H&D has been in discussions with the dean of undergraduates and college presidents about providing spring break meals for roughly a year. According to Ranjini Nagaraj, outgoing Jones College president, the presidents approached McDonald after several students had come to them about meal schedules during the break.

According to McDonald, the funding will come from H&D’s operating budget at no additional cost to students. McDonald said staff, who will be “essentially [paid] volunteers” from all six serveries, will have to combine to operate the serveries.

H&D added Saturday dinners to the full meal plan in 2017 after discussions with Student Association leadership regarding low-income student accessibility.  According to Akin Bruce, outgoing Lovett College president, they explored options including tetra to food pantries, but decided serveries would be the most feasible.

“It’s difficult because less privileged students, financially, don’t necessarily self identify; it’s not easy for us to understand,” McDonald said. “Our goal is to provide the services and figure out how much of those services are going to be used in subsequent years.”

According to McDonald, H&D is still considering opening serveries for Thanksgiving break and will likely send out another survey next fall semester to gauge student need.

“We think it’s the right thing to do at the right time,” McDonald said.

This article was updated at 4 p.m. Feb. 27 to reflect that the servery staff will be paid during Spring Break.