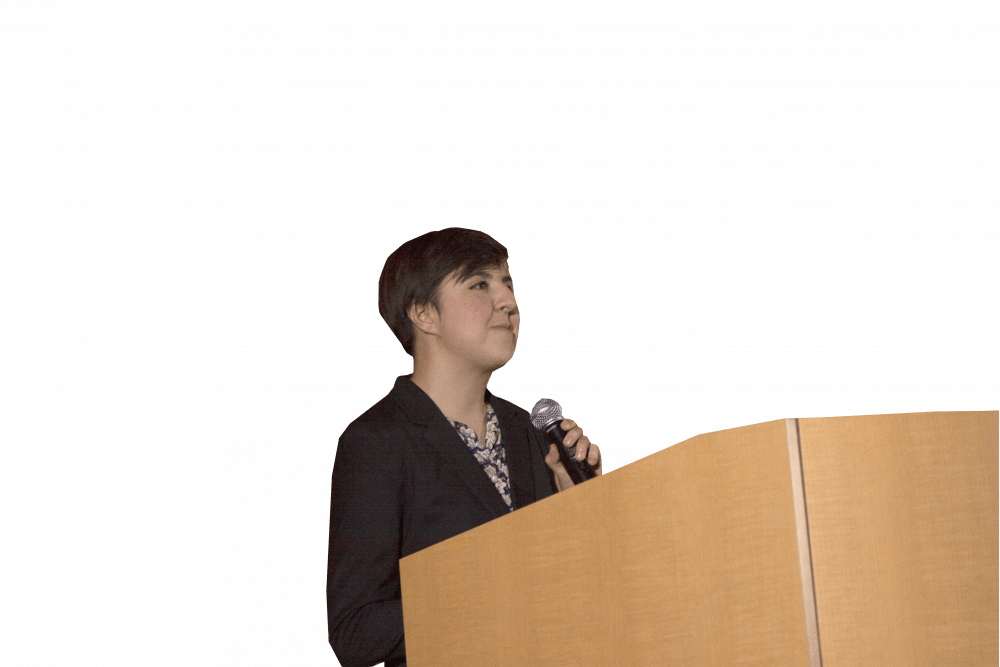 According to Grace Wickerson, candidate for Student Association president, there is a lot of potential in the SA Senate for initiating productive dialogues and ultimately affecting large-scale changes on Rice’s campus.

“I just love working with students,” Wickerson said. “[Being internal vice president] gave me that broad view of the SA; from the SA Senate to the committees, there’s 80 people that I’ve overseen this year and I’ve had the pleasure to get to work with them.”

Wickerson said improving educational excellence and opportunity will involve advocating the creation of new, non-mandatory seminar classes focused on social issues such as gentrification or social entrepreneurship and pushing for greater support for non-tenure track faculty.

Wickerson said that they will also pursue strategies to make it easier for students to leave Rice for professional or academic experiences and to connect with local research opportunities.

Wickerson’s campaign Facebook page says that in the pursuit of student wellbeing, they will attempt to make off-campus health resources more accessible, lower the cost of STI testing and attempt to secure weekend hours for on-campus mental and physical health services.

In the interest of increasing sustainability at Rice, Wickerson said they want to focus on specific areas of campus like athletics facilities, where sustainability has not historically been a priority, support campus composting efforts and set up a sustainability round for the Initiative Fund while continuing to work to establish the Green Fund.

In an interview with the Rice Thresher, Wickerson said that access and inclusion will involve exploring ways to make the Rice experience more financially accessible, including making college funds easier to use and potentially expanding the Rice Investment to assist students with additional costs like summer program fees and graduate school application fees.

“We need to figure out what are all the things we need to fund because there are so many different ones and there are so many areas that aren’t just social,” Wickerson said. “They’re related to classes, internships and other co-curricular activities.”

Wickerson said that they would pursue three of the changes to the SA Senate proposed by opponent Freddy Cavallaro: allowing any member of the student body to sponsor legislation, attempting to clarify certain SA positions and beginning to combine similar standing committees and temporary committees.

In addition to serving as the current IVP, Wickerson has previously served as a senator and a new student representative. During their time as senator, they introduced legislation aimed at increasing the number of minors offered at Rice, creating a task force to investigate sexual health and increase the accessibility of sexual health resources at Rice and created a chief of staff position within the SA Senate.