SA aims to bar those found in violation of sexual misconduct, interpersonal violence policies from leadership 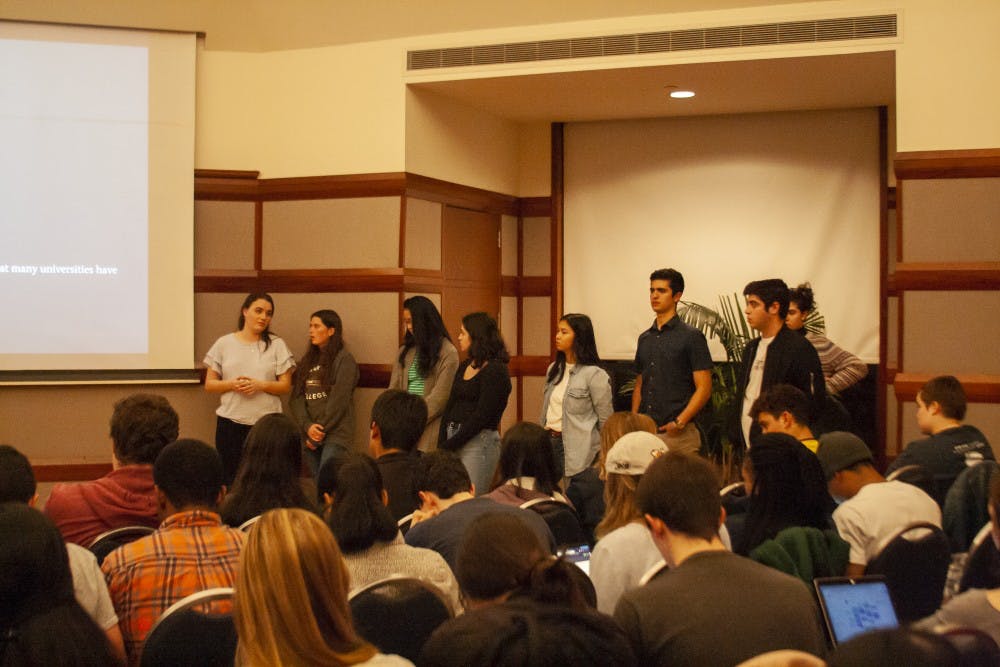 The Student Association Senate introduced legislation aiming to prevent students found in violation of the sexual misconduct policy or guilty of interpersonal violence from holding campuswide leadership positions for the duration of their time at Rice.

“Above all else, when taking this potential sanction into account, we want SJP and Dean [of Undergraduates Bridget] Gorman and future deans to prioritize the safety and the feeling of belonging for survivors of sexual misconduct and violence,” Maurice Frediere, a co-author of the legislation, said.

Frediere said giving SJP the discretion to determine which students will be sanctioned under the proposed guideline acknowledges the complexity of cases handled by SJP and the fact that the sexual misconduct policy covers different infractions. Frediere said the other alternative would have been proposing an amendment to the SA constitution that sanctioned all violators.

“Gorman has said that if the SA Senate issued a formal recommendation that allowed SJP some discretion for unique cases they would abide by it,” Frediere, a Duncan College senior, said. “We chose to follow that route instead of the Senate amending the constitution to bar one hundred percent of violators at the recommendation of [SJP Director] Emily Garza who expressed trepidation at a zero tolerance policy because in some cases there is not malice [or] careless disregard for standards.”

According to the constitution, any student who is not currently on disciplinary or academic probation is eligible to run for any campus-wide office, including any SA Senate voting position and offices at Blanket Tax Organizations.

The proposed policy would act as a guideline for Student Judicial Programs to issue a sanction against running for office in all cases involving interpersonal violence or sexual misconduct that would stand for the duration of the convicted student’s time at Rice, SA Internal Vice President Grace Wickerson said.

These sanctions would not apply to those running for college offices that do not vote at SA Senate, such as treasurer, since the SA does not have direct jurisdiction over college policy, according to Frediere.

The resolution endorses a letter written by Frediere and Wickerson addressed to Gorman and Director of SJP Emily Garza which lays out the policy.

“The resolution itself is really not where the core of the content is,” Wickerson said. “It’s in the letter. The [resolution is] about setting a standard for those we put in our leadership positions, and making that refer to instances that we as a community condemn and see as violations of power.”

According to the letter, allowing those who have been sanctioned for sexual misconduct to run for office uniquely harms survivors of sexual violence.

“Too often, survivors feel unable to speak out against popular students who may have been sanctioned, especially when those sanctions are unknown by their peers at their college or across campus,” the letter said.