The Wall: As government shutdown drags on, Rice community weighs in on the border 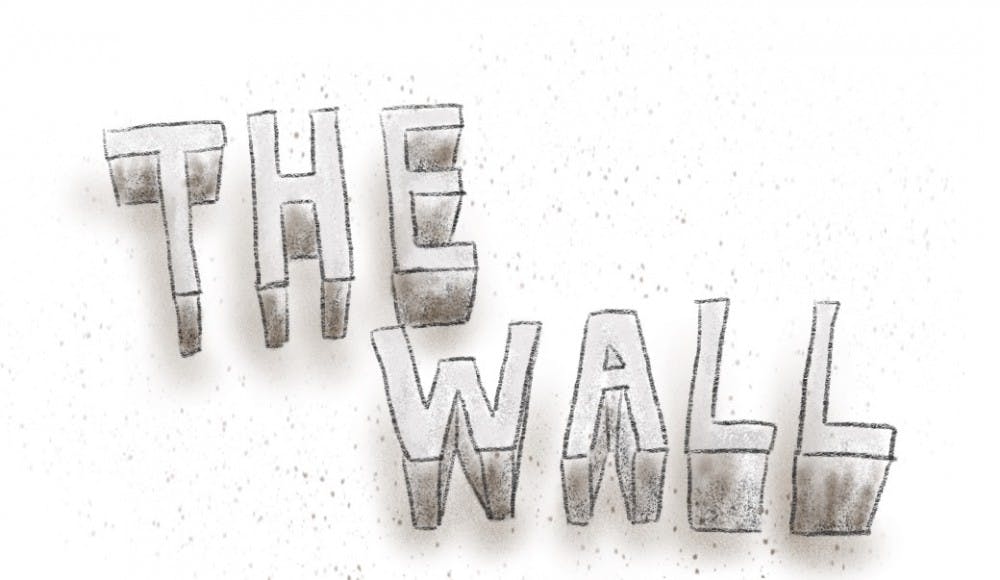 María Sanchez described her hometown as a little dull.

“It’s a boring town,” Sanchez, a Martel College junior, said, “but I really like living there.”

Sanchez is from McAllen, a city in southern Texas that borders the Rio Grande. Of the city’s estimated 142,696 residents, 85.2 percent are of “Hispanic or Latino origin,” according to the latest U.S. Census from 2010. And according to Sanchez, McAllen is “really safe.”

This is why, Sanchez said, she was angry when she heard that President Donald Trump visited her city and read the subsequent news coverage.

“I never thought that McAllen would be in the news,” Sanchez said, “and it sucks that it’s in the news for something really negative.”

Trump visited McAllen on Jan. 10 to discuss alleged criminal activity from illegal immigrants  — an issue he called “a crisis of the heart, and a crisis of the soul” in a recent address to the nation — and his proposed solution: a border wall, for which he is demanding more than $5 billion. A political gridlock between Senate Democrats and the White House regarding this funding prompted a partial government shutdown that began Dec. 22.

McAllen, in the eyes of students

Madeline Kay West, a sophomore at Jones College, is also from McAllen. Her family lives in the part of the city located in the Rio Grande Valley. This area is commonly referred to by locals as “the Valley.”

Like Sanchez, Kay West described McAllen as having a safe, small-town vibe.

“With any city there’s areas where it’s predominantly safe and there’s other areas where, you know, you don’t really want to go there,” she said. “But for the most part it’s safe. I go out at like one in the morning with my friends.”

Kay West added that her whole life, she’s never seen drugs in McAllen. In his recent speech on immigration, the president called the Southern border “a pipeline for vast quantities of illegal drugs.”

“That’s also a result of where I’m from,” she said. “I’m lucky to be from a relatively safe part of McAllen.”

Gabriel Gomide, a McMurtry College senior, lived in a city in the Valley called Mission, right next to McAllen, for 10 years. He said his house was a 15-minute drive from the border.

“It really shows how close we are to Mexico,” Gomide said, adding that he feels relationships across the border are more positive than the president has said. “There’s lots of people with different immigration statuses and I think the relationship with Mexico in general is not what I think the public discourse is showing right now.”

Both Gomide and Kay West said members of their communities stand on both sides of the border wall debate, but they feel the majority are against the president’s proposal. Gomide added that most of the people supporting the wall work in law enforcement.

Sanchez, who does not live in the Valley, said the few people in McAllen who do support the wall are concentrated in the wealthy Rio Grande Valley.

Jim Darling, the mayor of McAllen, told the Texas Standard that although the U.S. does need border security, a wall doesn’t make sense — especially since the Rio Grande acts as a natural one.

“We know where our border is and we have one,” Darling said. “A wall is really not the effective way to protect our border.”

Gomide, Kay West and Sanchez all said they’ve encountered undocumented people in their city, but have never seen them as threat. They all said they’re against Trump’s wall.

“I think he should be focused on changing immigration policy to make it easier for people to come here legally,” Sanchez said, “rather than build this wall that I don’t think is going to change anything.”

Tony Payan, director of the Mexico Center at the Baker Institute for Public Policy, said he felt like the nine minutes he spent watching President Trump speak to the nation on Jan. 8 were a waste of time. During the speech, the President cited various statistics about illegal immigration, including that 90 percent of heroin in the U.S. flows in from the southern border and that every day, thousands of illegal immigrants try to cross the border.

“The President’s numbers were incomplete, misleading or outright wrong,” Payan said, referring to statistics President Trump presented about immigrants. “They’re not accurate by nearly any stretch of the imagination.”

Payan, an expert on the U.S.-Mexico border, said all the numbers that relate to the border are “going in the right direction,” or moving towards more border security and less criminal activity. He said the number of unauthorized residents in the United States is going down, seizures of marijuana being smuggled across the border are down and the number of Mexican citizens crossing the border without papers is at its lowest point since the very early 1970s. In contrast, President Trump said the number of immigrant children being smuggled into the country has undergone a “dramatic increase.”

Because these numbers are waning, Payan said a border wall is a “dumb border.” He said he’d like to see money used instead for what he called a “smart border,” which would include an investment in technology only in areas along the border that have been identified as significantly prone to illegal migration.

Payan said he thinks the president’s characterization of illegal immigration as a crisis is beneficial to him because it draws attention away from other aspects of his tenure, such as the ongoing investigation into his administration’s alleged ties to Russia.

“He’s got the incentive to make the border the boogeyman to distract from his personal troubles,” Payan said.

How the shutdown affects Texas

On Jan. 12, the current government shutdown became the longest in U.S. history, beating the previous record of 21 days set by a shutdown under the Clinton administration in 1995-96.

Stein, an urban politics and public policy expert, said the most obvious effect the shutdown has had on Houston is in regards to NASA.

“Right off the bat, you have a lot of people not getting a paycheck, obviously, but also not doing work,” he said. “There’s the scientific effect, which is hard to assess in terms of day-to-day, but will only get worse as the shutdown gets longer.”

He also said the shutdown’s effects on the Department of Homeland Security, the Department of Agriculture, the National Park Service and the Transportation Security Administration have all had negative consequences for the state. On Jan. 13, George Bush Intercontinental Airport closed the security checkpoint at Terminal B due to staffing shortages. Southwest Texas’ Big Bend National Park discontinued visitor services due to the shutdown.

As far as Rice, Stein said a potential long-term effect of the shutdown is alienating international students through aggravating heated discussion about immigration. He speculated this could lead to a decline in the number of foreign students applying to universities in the country.

The president has hinted at the possibility of declaring a national emergency, which would allow him to reallocate government funding to whatever he sees fit. Stein said that one of the avenues Trump could take would be to move funding from the Emergency Operations at the U.S. Army Corps of Engineers towards funding for the wall. This would include disaster relief money, which has been critical in post-Harvey recovery.

But Stein said he doesn’t think the president will declare a national emergency because he would likely face various court cases, and that would conflict with other interests.

“I don’t think the president cares so much about the policy,” Stein said. “He cares about getting reelected in 2020.”

There’s another faculty member at the Baker Institute Mexico Center whose work relates to the border — just not in the way one might think. Scott Egan, an assistant biosciences professor and faculty scholar at the Mexico Center, found that a wall along the U.S.-Mexico border would put over 100 endangered species living near the border at risk.

Egan’s lab, which studies evolution in natural populations, published a public policy brief through the Baker Institute addressing this impact. They found that border walls decrease or eliminate movement between populations on either side of the wall, which can lead to reductions in genetic variation within a species. They also found that walls have been shown to increase the phenomenon of inbreeding.

“This is not good for any species and [is] especially dangerous for endangered species with low numbers of individuals within populations,” Egan said.