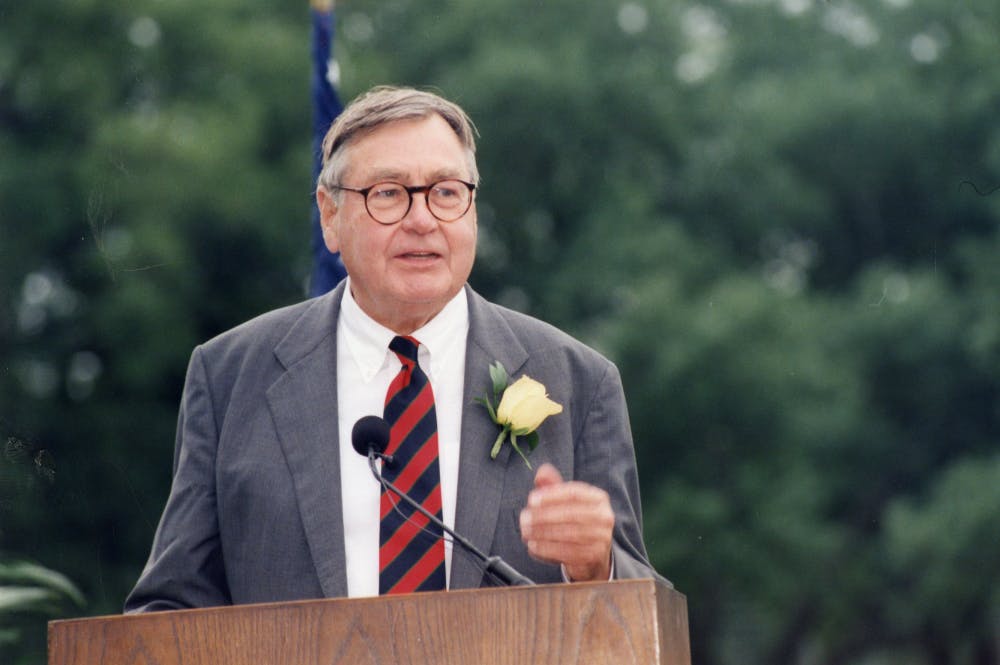 “Few people have had the impact that Ralph O’Connor had on Rice University,” said President David Leebron in a statement. “He helped shape the Rice University we know today, and we’ll miss him greatly.”

O’Connor first became involved with Rice when he served as part of the university board of governors for the university from 1967 to 1976. He then served as a trustee in two separate stints between 1976 and 1988, and later between 1994 and 1996.

“Someone will make a list of all the money he gave and all the projects he supported, but that isn’t at all what I will remember about him,” Kean wrote. “He seemed to actually enjoy students in a sort of bemused way that I found just charming and every single time I saw him I was glad of it.”

Notably, in 1985, O’Connor chaired the presidential search committee that recruited Rice’s fifth president, George Rupp. Kean wrote about how O’Connor was able to successfully recruit the initially-reluctant Rupp to Rice by offering to buy Rupp’s daughter a horse. O’Connor’s creative recruitment of Rupp was featured in the June 1985 issue of Texas Monthly.

O’Connor served as the president of Marian and Speros Martel Foundation and played a key role in the founding of Martel College.

“Rest assured, we will be able to compete in drinking beer and riding bikes and whatever else,” O’Connor said at the Martel groundbreaking in 2000.

Among his many contributions to the Rice Community, O’Connor endowed the Ralph S. O’Connor Chair in Economics and Ralph O’Connor Award for Distinction in Teaching and Research in Economics. He was the benefactor of the old President’s house, the current Center for Career Development office. O’Connor also created a travel fund for architecture students to gain international experience.

In honor of O’Connor’s service to Rice, he was named the first recipient of the Chairman’s Award, which is now the highest award at Rice for service, by the Rice Board of Trustees. O’Connor also holds a Gold Medal, the highest honor from the Association of Rice Alumni, as well as an Honorary “R”  from R Association for his support of athletics.

“His generosity, advice and encouragement were both broad and deep,” said Leebron. “He understood universities in a very profound way and was an important leader and adviser at Rice for decades.”

Outside of Rice, O’Connor was the founder and chief executive officer of the investment firm Ralph S. O’Connor & Associates and held various leadership positions in the Houston community and institutions, including Texas Children’s Hospital and The Kinkaid School.

Memorial services for O’Connor are scheduled this week. A memorial mass is scheduled for 1 p.m. on Jan. 12 at St. Anne Catholic Church.