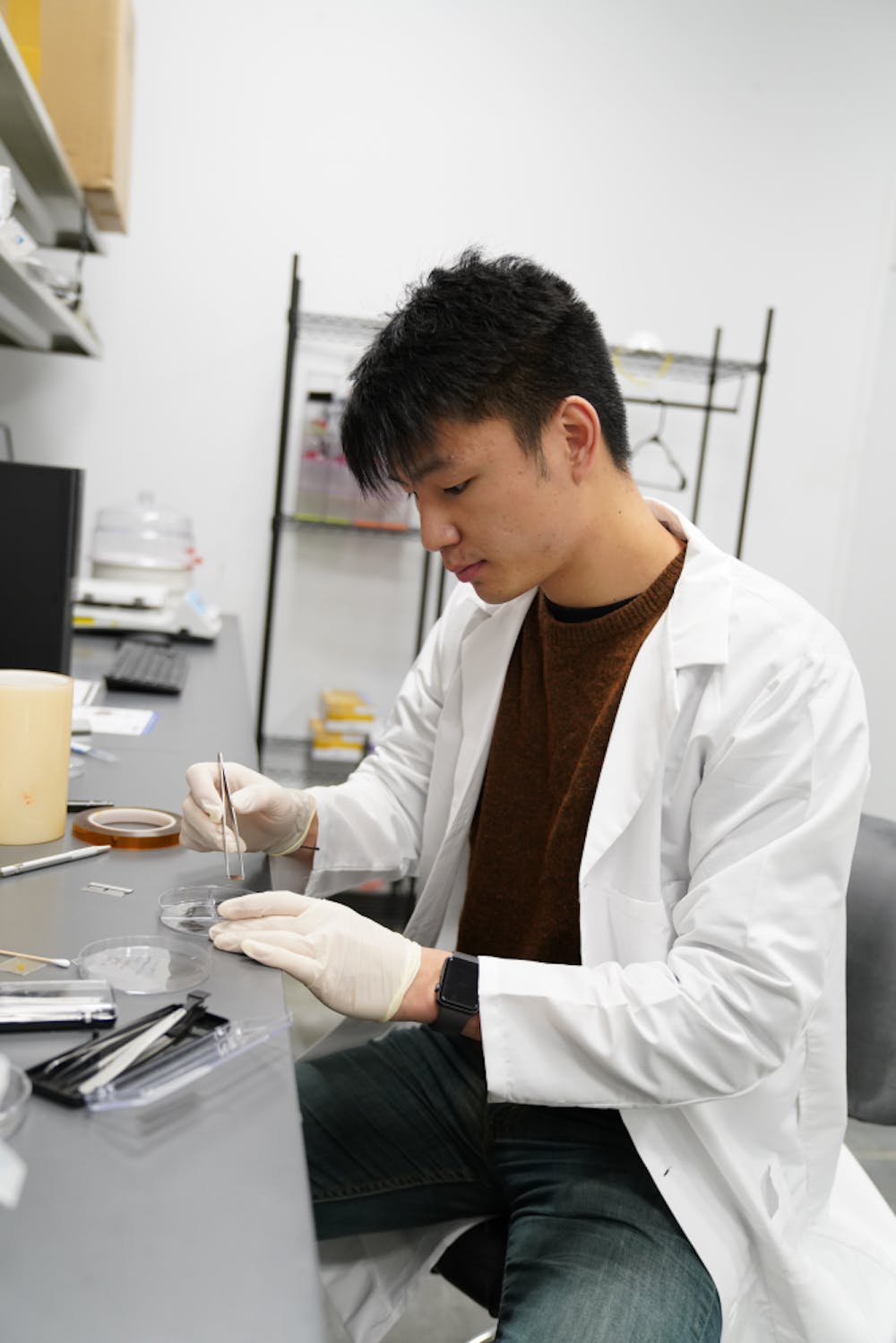 Alex Hwang found out he had won the Churchill Scholarship — full funding to spend a year at the University of Cambridge doing nothing but physics research — while crouched under a desk next to a pool in Hawaii.

“[The executive director of the Churchill Foundation] was like, ‘Well, no one's ever done that before,’” Hwang, a Jones College senior, said.

“Just like Rice, each [college] has its own traditions,” Hwang said. “I think there are a lot of colleges at Cambridge that are like Will Rice — they're really old and have all these traditions. I think ones like Churchill, like mine, are more like McMurtry or Martel — more modern, [fewer] traditions, but still really nice.”

As part of the application, Hwang proposed a year-long research project for his Master of Philosophy in Physics degree. His speciality is two-dimensional materials, which are layers of material only one-atom thick.

“When they're that thin, there's a lot of interesting physics that happens,” Hwang said.

He uses both of his majors, physics and electrical engineering, in his research.

“I started off as Elec, but in order to actually understand that and engineer that, you need physics, too,” Hwang said. “It's almost like this landscape where you're trying to engineer; it's completely governed by new and interesting physics.”

For one thing, layering gold discs on the material allows researchers to generate quasi particles, which are half-light and half electron. The applications for such particles are wide-ranging. Hwang named a few areas that excited him, including [using light to kill cancer, or light powered nanobots]

He’s looking forward to the chance to work with a group of nanophotonics researchers at Cambridge who are particularly famous in the field. The fact that he’s spending a year on research not tied to a Ph.D. is also a unique opportunity.

“[I can] maybe even pursue some more risky research ideas that if I was in a Ph.D. I wouldn't pursue because there's more pressure,” Hwang said.

After hearing that Hwang won the Churchill Scholarship, one might reasonably assume he is one of those mythological students who can somehow do ground-breaking research, be president of three clubs, get straight A’s and have a vibrant social life, all at the same time. But Hwang is a pretty regular guy.

Even though he’s double-majoring, Hwang said he’s not that great at both electrical engineering and physics. Because his main area of research combines elements of each, he said he is much better at the intersection of the two rather than either one alone.

“If people asked me about the origins of the universe or something like that, I'm not very clear,” Hwang said. “On the other hand, if people asked me can you build me this computer, I wouldn't be very good.”

He focuses primarily on his research, but also spends some time on science outreach to middle school and high school students.

“I've mostly learned to just go deep instead of spreading myself too thin,” Hwang said. “I don't try to be a superhuman. I've sort of learned as a senior now that it doesn't really work.”

When he’s not in the lab, he likes to play basketball.

“I've sort of gotten worse over the years, but that's one of my favorite things to do,” Hwang said.
Hwang said when he applied to the Churchill he never expected to win. The night before he was told he won, he read profiles of previous winners “just to freak [him]self out.” He didn’t see himself in the descriptions.

When he was on the phone with the executive director of the Churchill Foundation, Hwang expressed that doubt even after he had been told he won.

Hwang attributes a lot of his success to Gururaj Naik, an electrical engineering professor, and Chloe Doiron, an applied physics Ph.D. student, who work with him on his research. He’s been working with Naik since he was a sophomore.

“I was really lucky that I found a super, super good mentor, the type of mentor that would literally do anything for you — they'll answer your emails at midnight for you and they'll help you learn and grow and push you,” Hwang said. “That's clearly been the most important thing for me.”

Naik said that Hwang has always been highly motivated.

Both Doiron and Naik talked about Hwang’s enthusiasm. According to Naik, Hwang is great at working with people--a significant aspect of experimental research.

“It's rare to find a student with the combination of personality traits that Alex has,” Hwang said. “His passion, perseverance, sportive spirit and friendly nature makes working with him enjoyable.”