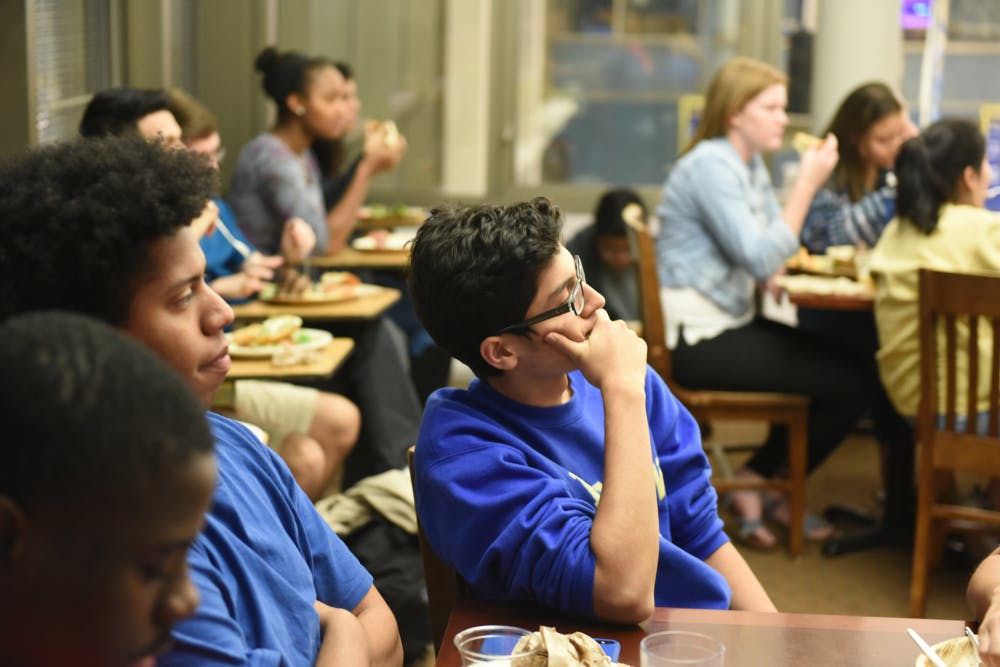 Crawl stop hosts will now be responsible for transports that occur at their stops as part of a campus-wide effort to better regulate crawls, according to multiple chief justices.

Chief justices will also refuse to register events with underage hard alcohol consumption, students must fill out a form before hosting a crawl stop or face a fine, according to Hanszen College Chief Justice Frank Frankovsky. This rule is a shift from when event registration involving hard alcohol was a gray area, according to Duncan College Chief Justice Cole Crawford.

“Hard alcohol is chiefly used to save money and offer diversity in drink options,” Hanszen College Chief Justice Frank Frankovsky said. “But I would say that hard alcohol crawls are considered a high risk event, because if you have eight stops, you’re basically drinking eight hard alcohol beverages in however long your crawl stops last. So it can get really, really messy.”

While the talks were aimed to reinforce alcohol safety on campus, Frankovsky said he vocalized a concern to the administration and the other chief justices that the new rules could incentivize some students to lie about what drinks they will be serving at an event in order to successfully register their parties.

“I get this is permanent and it’s trying to be pro-safety, but this seems really anti-transport,” Shams said. “This doesn’t seem like really informed, well-meaning people making these policies up; these seem like people who are trying to save face for the university, making new policies so people won’t get transported.”

Crawford said that while not every host will be given the same punishment, all hosts are expected to take a more active role by avoiding double serving and distributing alcohol to already-intoxicated students.

“This is really because every single alcohol issue we’ve had at Duncan, and pretty much across campus, has been because of crawls,” Crawford, a Duncan senior, said. “You guys have been on crawls, I’ve been on crawls and it’s very rare to have a stop that is not hard alcohol, honestly. In order for us to bring back crawls to Duncan, we need to have a campus-wide plan, and we’ve already been talking about this.”

Following the alcohol talk at Duncan on Jan. 9 and 10, the temporary ban on alcohol-related events at the college was lifted via an email from the Duncan magisters before the Will Rice College public party, Risky Business, on Jan. 11. However, Crawford said a ban on crawl stops at Duncan will remain in place until there is a campus-wide, concrete initiative in place in order to make crawls safer.

“We were talking about it with the presidents and the CJs, and we thought [the talks] would be a really good way of setting a unified front at the beginning of the semester and really establishing what the situation was moving forward,” Crawford said. “Not that there was any alcohol policy changes, but changes in how the CJ role is understood. We just wanted to make sure that everyone was on the same page moving forward.”

Duncan held separate talks: one for freshmen and sophomores and one for juniors and seniors. Hanszen and Sid Rich also had talks during syllabus week that were mandatory for underage students.

The talks were prompted by concerns raised by the administration and some college adult teams over the increase in student transports last semester and an apparent lack of a culture of care on campus, according to McKinzie Chambers, chief justice at Sid Rich.

“This job is based on trust, both in the college’s honesty and in the CJ’s ability to do their job,” Chambers, a Sid Rich junior, said. “I trust [Sid students] to register their events honestly, consider the safety of themselves and their friends and take responsibility for their actions. Lastly, if someone is intent on having hard alcohol, this talk may not change their attitude, but it may encourage them to be safer while hosting.”