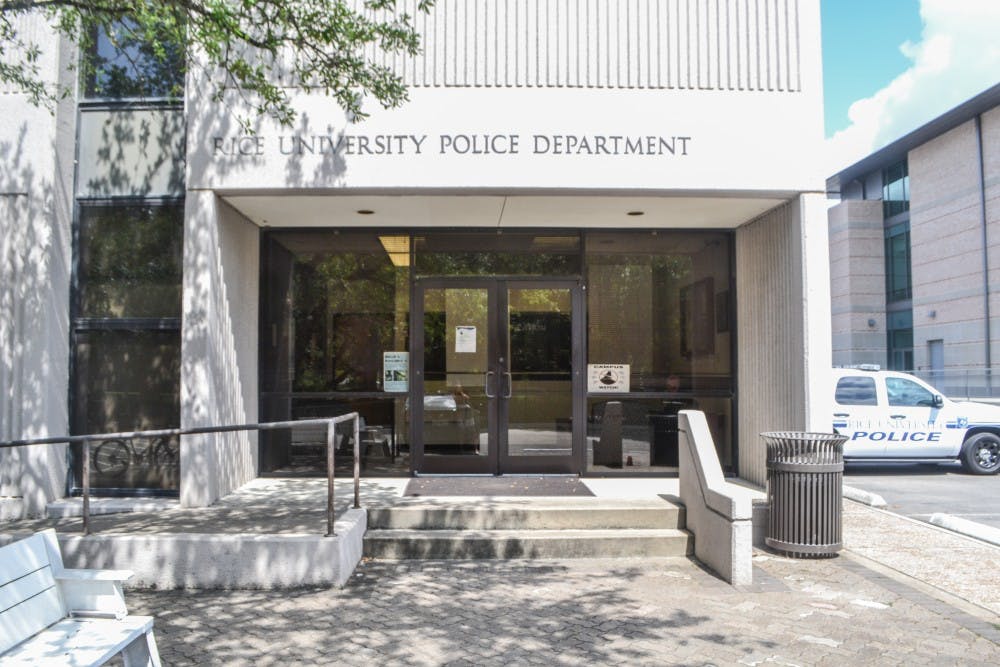 The Rice University Police Department voted not to unionize May 17.

Rice University Police Department is investigating thefts from Wiess, Will Rice, McMurtry and Duncan Colleges that occurred over the last three weeks, according to an email sent by Dean of Undergraduates Bridget Gorman to the student body.

Ten thefts at residential colleges have been reported to RUPD in November thus far, according to the crime log. The email additionally stated that RUPD received a burglary report from Hanszen College.

According to RUPD, laptops were the common denominator in most of the crimes. In each case, students reported either leaving their laptops unattended or their rooms unsecured. There were no signs of any forced entry to any of the rooms.

At least one suite on the second floor of Wiess was burglarized on Sunday night after the door was left bolted open, according to an email to Wiess students from residential associate Carissa Zimmerman.

Zimmerman’s initial email specified two incidents in which students reported seeing an African American male in the building around the time of the thefts, which sparked conversations among students about its racial profiling. Zimmerman sent two follow up emails, identifying the first African American male mentioned in the email as the boyfriend of KC Nwadei, a Wiess sophomore, and issuing an apology.

“I apologize if last night’s email regarding the thefts at our college made any of you feel targeted or singled out on the basis of your race,” Zimmerman wrote. “I do not believe that anyone involved was maliciously targeting members of the Black community. However, I am also aware that implicit (or automatic) racial biases do play a role in the way that we interpret behavior.”

According to a Facebook post made by Kelsey Evans, a Will Rice sophomore, a backpack, money and laptops were stolen from her unlocked dorm room in the fourth floor of Will Rice’s New Dorm last Thursday. At least one other theft has taken place on the floor.

One of the doors to the building was broken at the time of the theft, according to posts in the Will Rice College Facebook group. Tanvi Varadhachary, Will Rice president, said she called RUPD and Housing and Dining, who fixed the door the same day rather than waiting until after Thanksgiving break.

Davis Nelson, McMurtry internal vice president, sent an email to the college warning students to be careful after a “string of thefts that have occurred in the commons in the past few days.” Another email from Margaret Beier, McMurtry magister, warned students not to let in people who did not have Rice ID’s. At least one theft at McMurtry was reported to RUPD on Nov. 13.