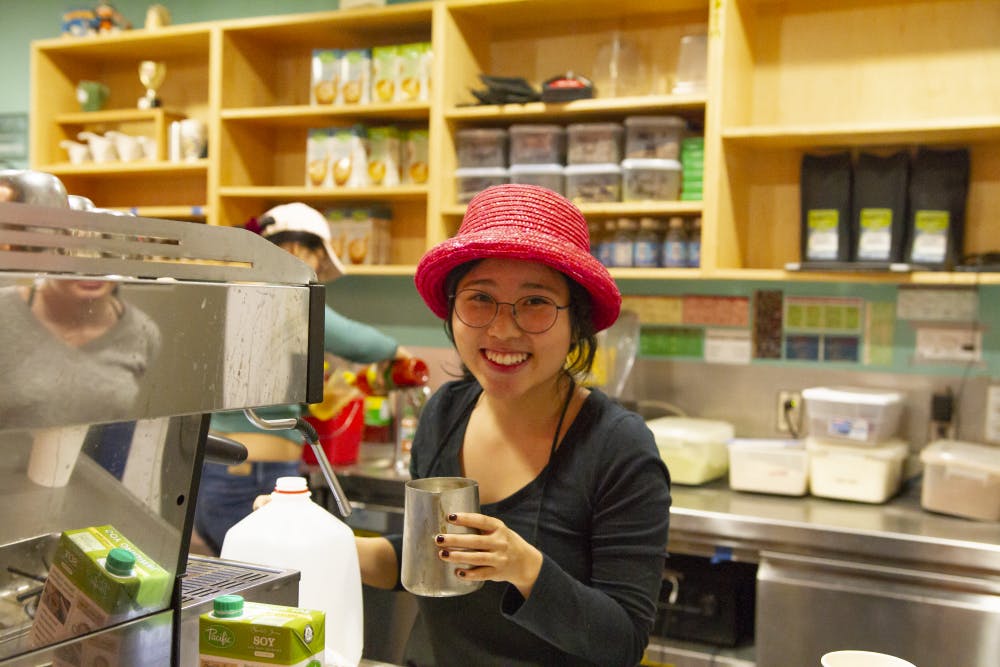 Like many Rice students, Luke Howe-Kerr dedicated one of his weekends last spring to a trip to Austin. Unlike most, he got there on bike.

“Driving, you’re not actually doing anything physically and you’re contained within a car, so you don’t get that sense of  being immersed in the world around you. Running, you get that like full immersion, but you can’t really go very far, running or walking,” Howe-Kerr said. “But biking just gives you a freedom that is unparalleled by anything else.”

Howe-Kerr, a Lovett College junior, will put his passion for the sport to serious use as he takes over as Rice Bikes General Manager for 2019, exactly two years after he was first hired.

Working at Rice Bikes initially appealed to Howe-Kerr for practical reasons — it presented an opportunity to make money on campus while learning a technical skill, he said. He was hired in the spring of his freshman year, but it wasn’t until that summer — through a job at a repair shop in his hometown of Louisville, Kentucky — that Howe-Kerr really fell in love with working on bicycles. He was promoted to Operations Manager halfway through his sophomore year, which is the position he held before his most recent promotion.

Howe-Kerr said he’s excited to begin his tenure as General Manager now that the business has been at its current location for two years.

“We need to start focusing on long-term sustainability, on improving various practices within the shop to prepare ourselves for the future, which is something we haven’t had the freedom to care about as much until now,” he said.

Preparing Rice Bikes for the future is his main focus, but Howe-Kerr said he also plans to make internal improvements that will refine the customer experience. He said he’s looking for ways to improve efficiency, and is considering implementing things like bike-fixing workshops that might engage the community more.

As far as Howe-Kerr’s own community, he said he’s found it at Rice Bikes.

“It’s technical work. You kind of have to have a reason for wanting to learn it, so a lot of us are really into biking as a result,” he said. “It’s such a good group of people.”

Even before getting to Rice, Mandy Quan knew she wanted to work at a cafe or coffee shop in college. Coffeehouse was a perfect fit.

“As cheesy as it sounds, I was really only looking for a job, but I ended up finding a family,” Quan said. “The amazing sense of community was something I never expected, but is definitely the reason I am so invested today.”

Quan said her vision for coffeehouse is that it retains that sense of community.

“Coffeehouse is where people go for meetings, to cram for exams, to go on first dates, to catch up with friends,” Quan said.

“I hope to expand on our commitment to sustainability and ethical production by exploring new recyclable and compostable options,” Quan said.

And while she’ll be executing some of her own changes, Quan said she wants to continue the work of past general managers.

“The dedication of GM’s past and present to Coffeehouse, its culture, and its [keepers of coffee] have always amazed me, and I see it as an honor to preserve this legacy,” Quan said. (Coffeehouse calls its baristas “keepers of coffee.”)

“The mangonadas introduced for Hispanic Heritage Month for example were delicious,” Quan said. “I can see us trying out lychee and red bean for Lunar New Year, and introducing different flavor palettes that represent our diversity at Rice.”

Janani Velchamy started her career at The Hoot second semester freshman year. Originally, she applied just to make some extra money on the side.

“Once I actually started working there, my perspective on what The Hoot meant to me drastically changed,” Velchamy said. “I met an amazing group of people with many different backgrounds, majors, and interests who all came together and had so much fun during 12 am shifts. The Hoot became a place I could let loose with some friends and be stress free.”

Prior to becoming General Manager, Velchamy was The Hoot’s Ordering Manager. She said her past nearly two years at The Hoot means she has many initiatives in mind. One major change Velchamy is planning for The Hoot is expanding its operating times so that it can be open all seven days of the week.

“We are currently in the process of analyzing the best times to serve customers on Fridays and Saturdays so that we can determine our business hours for those two days,” Velchamy said.

Other changes include altering The Hoot’s delivery options to offer more fresh food and creating a more democratic decision-making process at The Hoot by including employees in committees.

One of the changes she’s noticed over her time at The Hoot is that employees have gotten closer to one another.

“The community of employees has become significantly more tight knit,” Velchamy said.  “I love each person I work with and they are always teaching me how to improve myself and the business.”

Keefer said his favorite thing about working at Pub is the smell.

“Have you ever been down into a cave and breath[ed] in that totally refreshing and comforting cool humidity? That’s what going into Pub is like every time, especially the roll-tops and walk in [fridges],” Keefer said. “Pub really is a breath of fresh air.”

At his time at Pub, Keefer has seen a lot of change. Last year, fourteen seniors graduated and Pub had to hire so many new hires that they make up half the staff. Keefer has seen the demise of the 40-ounce Mickeys as well as the introduction of more non-beer drinks like 4 Loko and Seagram’s Escapes.He also experienced Pub’s closing due to Hurricane Harvey.

“We were closed for a huge chunk of the fall semester and that created an eerie lack of direction where Thursday nights were a lot less unified,” Keefer said. “Students had to look for another common place, sometimes off campus, and then got used to that. We’re still seeing the lingering effects, especially with the younger classes. Fuck Mi Luna.”

Keefer said he’s looking forward to the prospect of being a general manager, in part because he’ll get to transition from the narrower scope of his current position, Head Bartender, to a job where he’ll be able to see more aspects of running the business.

“I really want Pub to cement its place as a steady source of community, not just as a place to drink beer,” Keefer said. “We’ve been moving in this direction in the recent years, like getting new furniture and adding more power outlets to make Pub a better place to be during the afternoon.”

“While Thursday nights will be as poppin’ as ever, we’re hoping to have more events throughout the week, like bigger trivia nights or special tastings of beer and/or wine,” Keefer said.