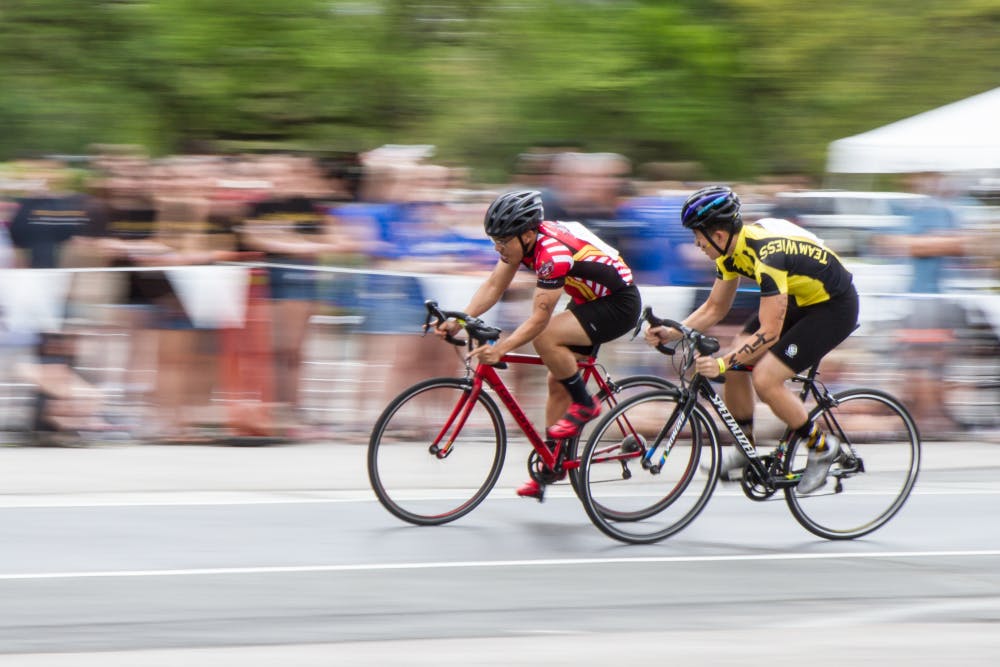 The campuswide Beer Bike coordinators said they have reduced the number of bikers and chuggers for each college from 10 to eight and introduced a mandatory pit crew certification following safety discussions last semester.

The change in bike team size is intended to reduce the number of instances in which colleges allow inexperienced bikers to compete in order to fill out their teams, according to an email from the campuswide coordinators.

According to Enoch Peng, a campuswide coordinator, the original proposal last semester to reduce the number of bikers to six was rejected after five colleges voted no and the Graduate Student Association abstained. Peng said after continued discussions last semester, nine of last year’s college coordinators supported a change to eight bikers.

“We weren’t there [at the meetings last year] — we weren’t in this position [as campuswide Beer Bike coordinators] until after,” Peng, a Lovett College sophomore, said. “But based on the information, we felt like it was still necessary for safety and desired overall from the feedback that we got.”

Will Rice and Jones colleges were the two colleges last year that did not support the change to eight bikers; neither Peng nor Artall was certain whether GSA participated in the conversation after their abstentions from the vote to reduce teams to six bikers that took place during the spring semester.

“Generally, the ones that have more established Beer Bike culture were the ones that were not really excited about lowering the number,” Artall, a Duncan College junior, said. “The smaller colleges and the ones who have trouble getting enough people to be on the team so they’re not disqualified, those are the ones who are like ‘Yes, let’s lower it.’”

Will Rice Beer Bike coordinator Yuhsuan Cheng said she does not believe the change will cause any issues with the bike teams.

“I was annoyed at first, but then I got over it,” Cheng, a junior,  said. “It was unexpected though. We all found out at the first campuswide meeting, and that was it.”

“It’s not so much that we’re saying, ‘You have to catch this way,’ it’s more like, ‘Here are a couple different ways that are safe and work,’” Artall said. “For the colleges that aren’t that confident in their catching, we want to spread the safe ways of catching to them. We want people to be trained beforehand, so we’re not learning the day of how to catch people.”

The campuswide coordinators met with experienced and interested pit crew members from about half of the colleges and the GSA to create best practices.

Other changes implemented last year, such as random breathalyzing and stricter biker safety certification with Rice University Triathalon and Cycling, will continue to take place this year, according to Artall.