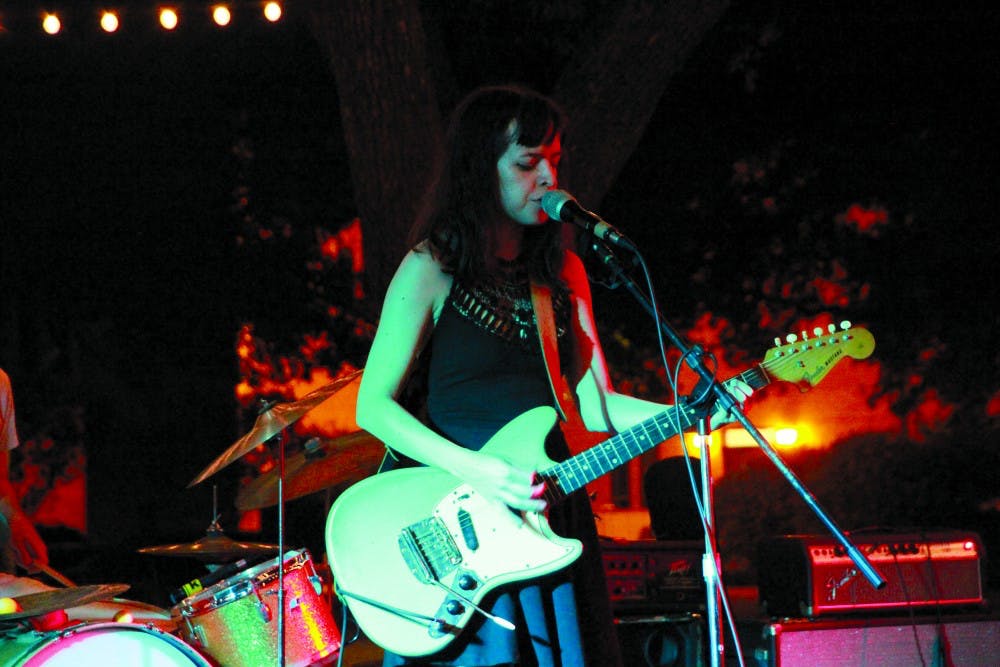 On Saturday, Valhalla courtyard was home to interesting strains of sound and chatter, as KTRU hosted its Halloween show from 8:30 to 11:30 p.m. For this show, KTRU showcased Houston rapper Guilla and rock bands El Lago and XETAS. KTRU members worked hard to attract more of an audience for October’s show, providing free pizza, soda and beer (to people over 21) as well as advertising more on Facebook.

This year, KTRU has been trying to engage more with Rice students as well as the Houston community by hosting more free music events, outside of their annual Outdoor Show. Their first show of the semester was fairly unsuccessful, drawing disappointingly small crowds likely due to lack of advertisement. For its Halloween show, KTRU ramped up its advertising efforts on Facebook and within its own network of DJs and provided free beer to individuals of age. As the night progressed, a crowd of at least 50 people stayed for the three performances.

The first act was Guilla, a Houston-based rapper with plenty of talent who tried his best to amp up the small 9 p.m. crowd. The peak of his performance was towards the end, when he brought up collaborator Danna Ghafir (Martel ‘18) and treated the crowd to a sultry performance between the two. He closed out his set with an emotional performance of requested track “Death of Tomoe,” which was one of the best tracks he performed for the night.

Galveston-based four-person rock band El Lago took the stage next with a dream-like performance that appealed to the growing crowd of KTRU DJs, students and community members. While a ‘dance floor’ was never really established, most attendees crowded around the keg of beer or stuck to the ring of tables placed a good distance from the stage. At this point in the night, the energy of the crowd had increased, with a steady stream of chatter accompanying the music.

The vibes of the show took a sharp turn as the Texas-based rock band, XETAS, began performing, waking up the crowd with their very, very loud music. Although the punk tunes of this trio deviated significantly from the chill vibes of El Lago, attendees were still able to enjoy the unique, if rage-filled, lyrics of this group.

According to its website, KTRU seeks “to bring alternate forms of making music to Houston radio,” and to that end, its Halloween show was a success. As the station hosts more and more events, it should be able to attract a bigger audience for the unique acts it showcases.