ktru beyond the airwaves: “Sounds of Cinema” engages with Houston art community 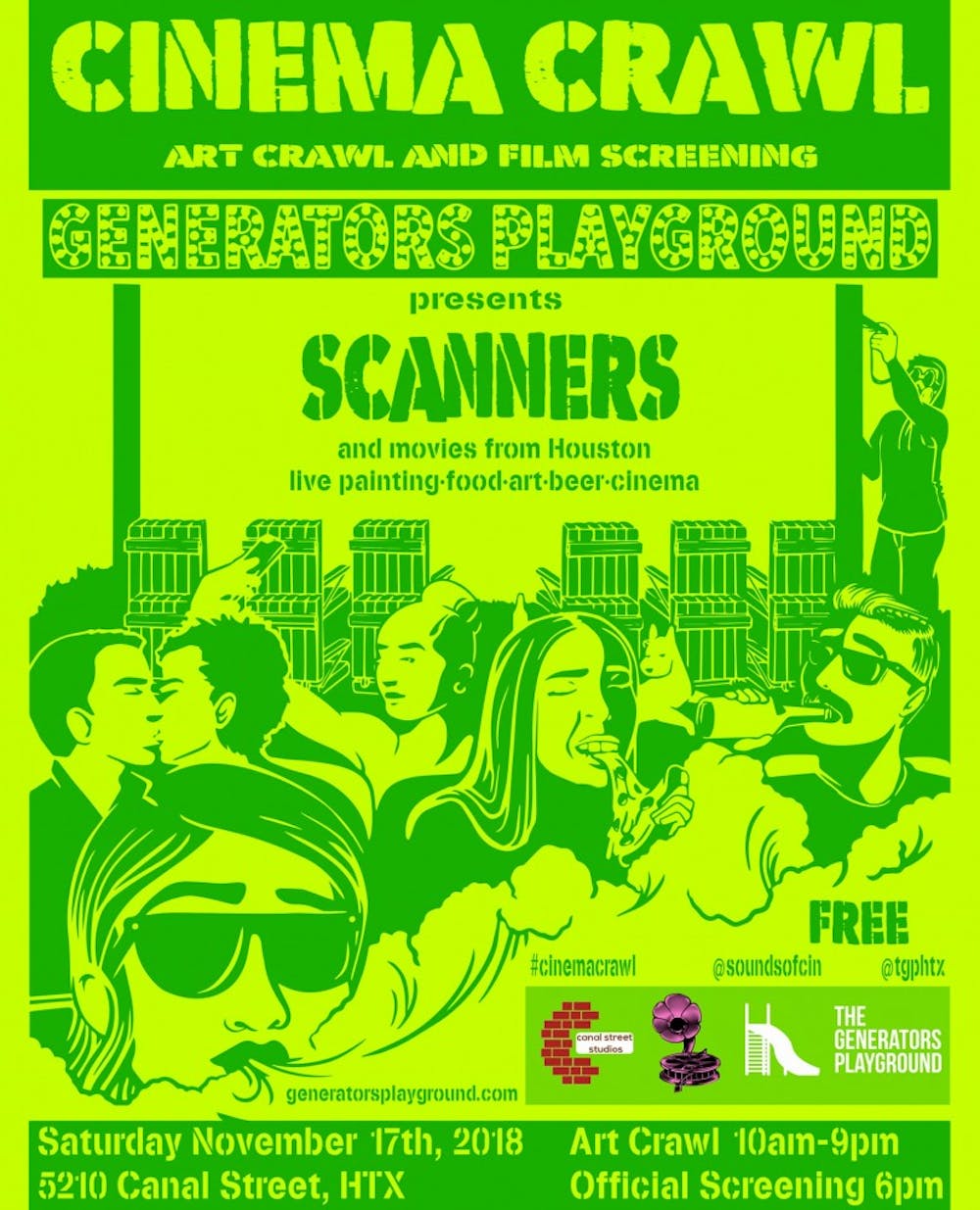 From grand orchestral scores to locally produced music videos, music plays an essential role in elevating movies into immersive artistic experiences. Vincent Capurso, ktru community DJ, aims to give local art, music and film lovers a heightened appreciation for movie music both on and off the air.

This weekend, ktru Rice radio partnered with Houston art collective Generators Playground and mixed media art studio Canal Street Studios to host Cinema Crawl. Cinema Crawl is part of the annual Houston Art Crawl, which celebrated its 26th year in operation on Nov. 17. This year’s festival took place at Canal Street Studios and featured 19 different art galleries and studios with over 187 artists participating. The event offered the public a free opportunity to be exposed to local artists and connect with the Houston art and cinema scenes.

“Sounds of Cinema,” a ktru show that airs every Friday from 10 p.m. to midnight, chose the films and videos for Cinema Crawl. According to Capurso, the outdoor screening is a first for “Sounds of Cinema” and Canal Street Studios.

Beginning at 10 a.m., Canal Street Studios opened their doors to the public for the Art Crawl, which gives visitors the opportunity to explore the studio and view hundreds of art pieces, ranging from painting to sculpture to mixed media. Starting at 6 p.m., attendees could move outside of the studio for Cinema Crawl, which included a free screening of David Cronenberg’s 1981 science fiction thriller “Scanners” as well as documentaries, music videos, event recaps, narratives and more from Houston creators.

Capurso is the creator, producer and host of “Sounds of Cinema.” Capurso explores the ever-evolving terrain of cinema scores and soundtracks, which he says allows him to “highlight the many contributions sounds make to cinema.” Capurso also features guests from the Houston cinema community to share their passion for film and video, which he says is inspiring as a video creator and cinema enthusiast himself. In addition to exposing ktru listeners to cinema music, Capurso also uses “Sounds of Cinema” to promote and curate local film screenings. The show is a one-stop shop for ktru listeners to gain a wider awareness and appreciation for the role of music in film.

Capurso said he wanted to create a “laid-back, cinema-focused event,” and he succeeded. With plenty of snacks and refreshments and an eclectic, welcoming community in attendance, the film screenings provide an inspiring insight into the creative work of Houston artists.

“[We] worked hard to curate a diverse collection of Houston Cinema,” Capurso said. “We [promoted] a wonderful array of creators who do not always have the same opportunities that other filmmakers with privilege, money and/or influence have.”

Local artists featured at the event included Kam Franklin of The Suffers, an eight-piece band whose most recent album “Everything Here” has been on ktru’s top 35 playlist for several weeks. Also on the lineup was El Lago, local dream pop group that played at the ktru Halloween show earlier this month at Valhalla. These artists among others promoted their new music videos, comedy shorts and more during Cinema Crawl. Every artist brought their own eccentric perspectives to the table as they showcased their creative work to a passionate community of art, music and cinema lovers Saturday evening.

“I'm so proud to be providing a platform for these very talented, hardworking, creators,” Capurso said.

In regards to the larger Houston art scene, Capurso says he admires the tenacity and camaraderie among members of the community.

“[While Houston] always had a robust commercial video industry, more Houstonians are making their own films for themselves now,” Capurso said.

Capurso noted the increasingly liberal, blue communities that are creating more inclusivity and diversity for the arts in Texas, which is widely known to be politically red. Capurso describes this phenomenon as a “purple wave,” and hopes that “Sounds of Cinema” can contribute to this positive evolution of art culture in Houston.

“Cinema for all is what I say,” Capurso said.

Katelyn Landry is a student DJ at ktru Rice Radio.