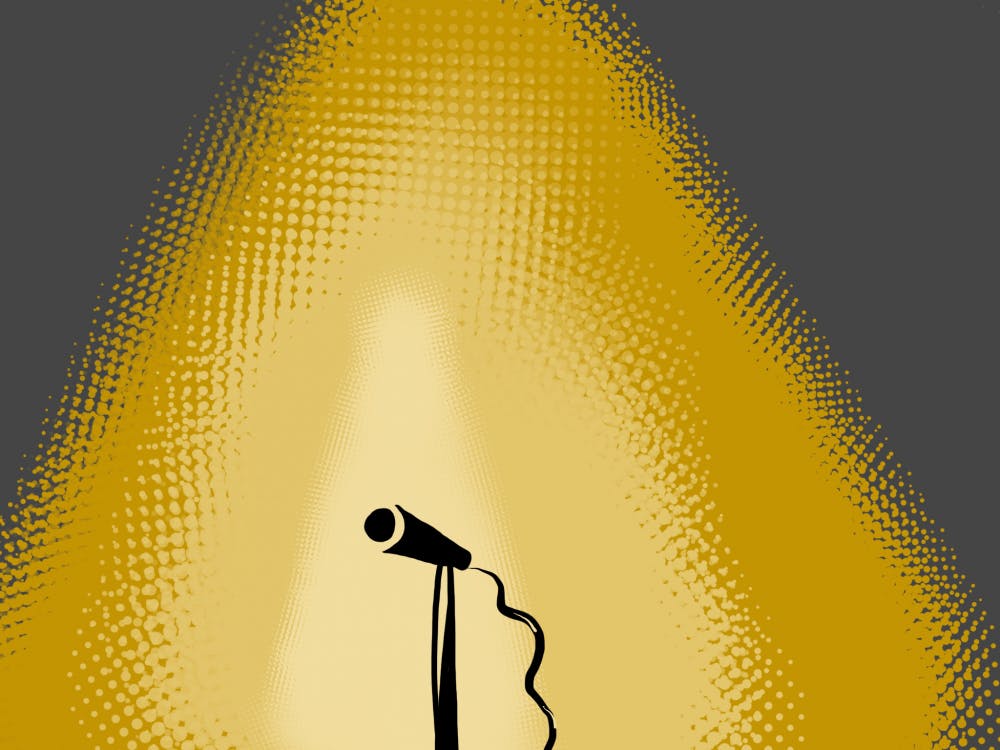 Friday night in the Multicultural Center lounge saw students feasting on fried chicken and Texas toast while sitting on couches, listening to the carefully polished words and songs from the center stage. The Black Student Association’s Open Mic Night featured students performing five different acts for an audience of 30. Performances ranged from songs to poetry readings and were all met with enthusiastic applause.

Hanszen College sophomore Jolisa Brown kicked off the night with an a cappella rendition of “Lean on Me,” accompanied only by rhythmic snaps from the audience. She was followed by Jones College freshman Drew Carter, who recited his poem, “Queen,” and Wiess College sophomore Olasina Awe, who gave a spoken word performance entitled “A Lapse in Time.” The winners, who received a $50 Target gift card for their victory, were Baker College freshman Calista Ukeh and Sid Richardson College sophomore Mojola Balogun who sang a duet of Daniel Caesar’s single “Best Part” with Balogun playing along on the keyboard. Both Ukeh and Balogun said they had never sung for an open mic night before and had met for the very first time that day.

Both Ukeh and Balogun encourage more people to participate in open mics in the future.

“If you’re interested [in performing], you should do it; it’s such a healthy environment,” Ukeh said.

Balogun shared that he enjoyed having the open mic night as an creative outlet.

“I’m really glad we have an opportunity to express ourselves. Sometimes at Rice we feel like we’re going through the motions, like going to class and stuff, but here we could just express ourselves artistically and show off our talents,” Balogun said.

After a laid-back 45 minutes of performances, the open mic night turned into an impromptu karaoke session, with audience members coming up to sing “Breaking Free” from “High School Musical.” The event was organized by BSA Events Coordinator Tia Gray with help from BSA Treasurer Bria Murray and BSA Vice President Alvin Magee. This was also Gray’s first open mic night.

“My goal was to have a large turnout, and for everyone to feel as though they have a safe space to express themselves and showcase their talent to the Rice community,” Gray said. “We definitely plan to do more in the future.”

Gray said she will also organize BSA’s largest cultural event, Soul Night, which will be on March 23.