Push to the Polls: Clubs and leaders work to get out the vote as registration deadline approaches 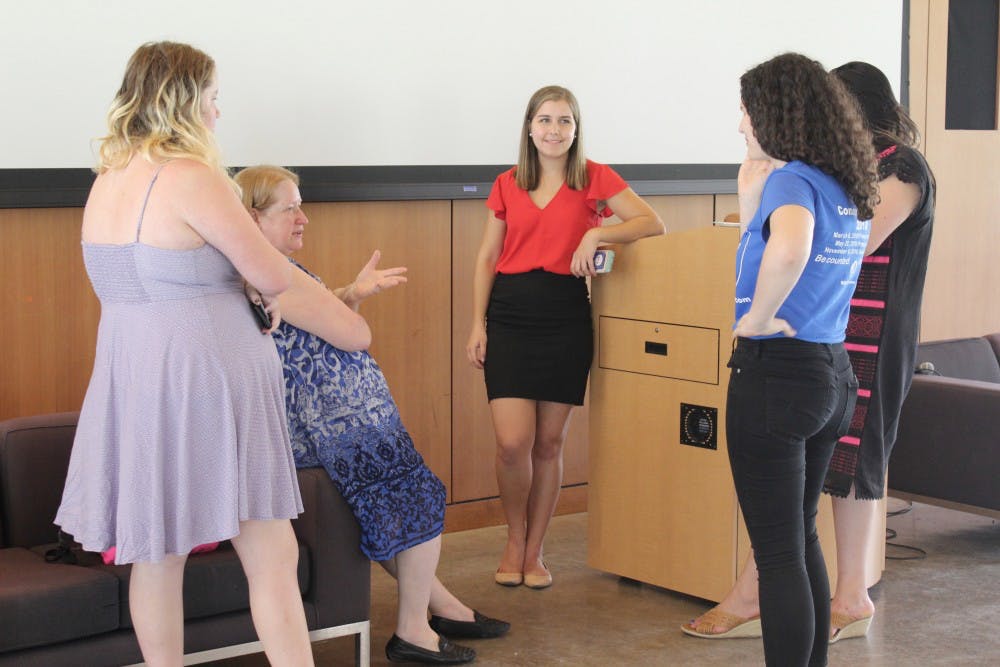 At Rice, students and organizations are leading efforts to change that.

On Sept. 15, students from five Houston area universities came together to register voters, discuss activism and policy and eat pizza at the first-ever Houston Youth Voters Conference. The conference was led by Civic Duty Rice, a nonpartisan club dedicated to encouraging civic engagement and activism among Rice students.

The conference was just one of the club’s many efforts this semester to increase student turnout in November. The club has also hosted registration booths in college commons, the Rice Memorial Center Grand Hall and Fondren Library.

Meredith McCain, the club’s president and a Duncan College junior, said the drives have been extremely successful — Civic Duty Rice has registered over 210 students to vote this semester, according to their count.

But McCain said efforts must extend beyond registration.

“We’ll have to put in a lot of effort to make sure people are informed and actually turn out to vote in November,” McCain said. “[Texas] now [represents] one of the largest voting blocs in the country for 18 to 29 year olds, yet we do not vote in proportion to our numbers.

Sonia Torres, the club’s vice president and a Hanszen College senior, said when young people vote, they put pressure on candidates to listen to their concerns.

“I want people to turn out to vote so that we get the candidates to come here and they’re like ‘Oh, we have to have a forum at Rice, at Lone Star [College], at [Texas Southern University], because they’re going to vote, and they’re gonna vote us out of office if they are unhappy,’” she said. “When youth don’t vote, they don’t make a place for us at the table.”

The Rice University Young Democrats has made voter registration a priority this semester, and the club’s efforts have reached about 100 students according to club president Franz Brotzen. They’ve held registration drives, had voter registrars present at general body meetings and helped register new students during Orientation Week.

“Registration isn’t the finish line. You have to show up on election day to have your voice be heard,” he said. “We think of registration as one of the steps in achieving your civic duty.”

The Young Democrats have done their voter registration and outreach on behalf of Democratic candidates like Beto O’Rourke, nominee for the U.S. Senate election in Texas, and Todd Litton, who is running to represent Rice’s district — Texas’ 2nd Congressional District — in the House of Representatives.

Brotzen said he thinks of Texas more as a non-voting state than a Republican state, and that he is optimistic that young people will turn out in large numbers and elect Democrats to Congress.

“If we could turn out every voter that voted for Hillary Clinton, Beto O’Rourke would win the election in a landslide,” Brotzen said. “If we’re close, I don’t know how I would be able to live with myself knowing I didn’t go to vote.”

Texas is one of 12 states that does not have electronic voter registration, and Brotzen said he believes this is one of many efforts by the Republican-controlled legislature to create barriers to voters.

“The way I see it, Republicans have a vested interest in making the process as daunting as possible,” Brotzen said. “They don’t really want students or Spanish-only speakers, or immigrants new to the country, to vote.”

Juliette Turner, president of the Rice University College Republicans and Duncan College junior, said her party has no interest in preventing citizens from voting.

“That’s just not true,” she said in response to Brotzen’s comment. “We want every citizen in this nation to be able to vote, and we have placed no barriers and do not approve of placing any barriers to that occurring.”

The College Republicans have a membership of about 50 students, and most of them are already registered to vote, according to Turner. For this reason, the club has been focusing its efforts on candidate and issue education. One way they’ve done this is through Tuesday topic lunches, where members meet weekly to discuss political issues.

Even though the College Republicans are focused on education and awareness, Turner said her club would love to participate in a voter registration drive. She said they haven’t been invited to participate in one by any other clubs on campus.

Regarding the Senate race, Turner said she has observed much more student activism on the left than the right. She said she attributes this to party loyalty rather than candidate assessment.

“I attribute the large support for Beto to the blue wave craze —  the Democratic Party’s blind desire to turn Texas blue, not necessarily because Beto is the best candidate,” Turner said.

As for the Senate race, Turner said the club is sticking with their party.

In addition to helping students find fellowships, running programs like Alternative Spring Break and awarding certificates in leadership, Rice’s Center for Civic Leadership is encouraging student political involvement through the RICEngage initiative, which includes a comprehensive page on their website with information about voting.

Jorge Pineda, communications specialist at the CCL, said getting students out to the polls correlates directly with the center’s mission.

“The reason [students voting] matters to us is because we always encourage our students to be a part of making a change in society,” he said. “Not just in their own communities, but with everything around them.”

In addition to the tab on their website, the CCL organized a voter drive with Civic Duty Rice on Sept. 25, which was National Voter Registration day. According to Pineda, 86 students registered to vote at the drive and many others signed voting pledges, which will be mailed back to them closer to November as a reminder to vote.

This story was updated at 5:33 p.m. to fix an earlier mistake about Texas’ electronic voting policy. 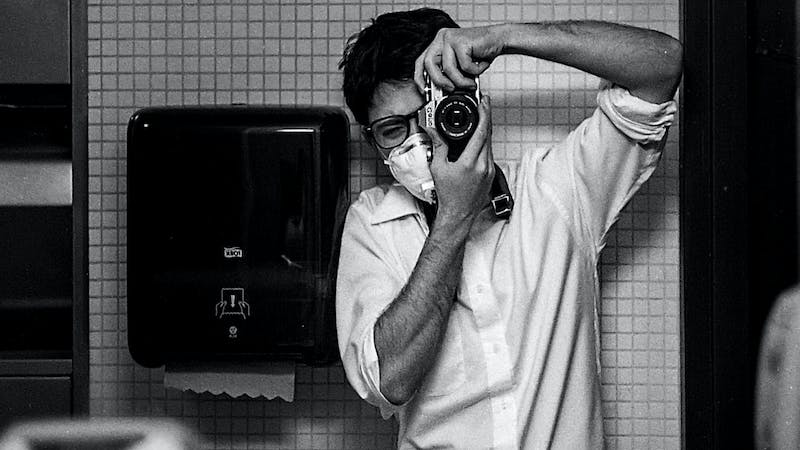 Senior Spotlight: Alfonso Pelaez Rovalo explores what it means to be unique

From watching his mother paint and sculpt to aspiring to become a National Geographic photographer since childhood, Alfonso Pelaez Rovalo has always seen art as an integral part of his life. Rovalo entered college majoring in architecture and later double majored in studio art after being inspired by his fellow classmates to explore art at Rice. Art in Rovalo’s life has a solid foundation, but as of yet, no definite ending.