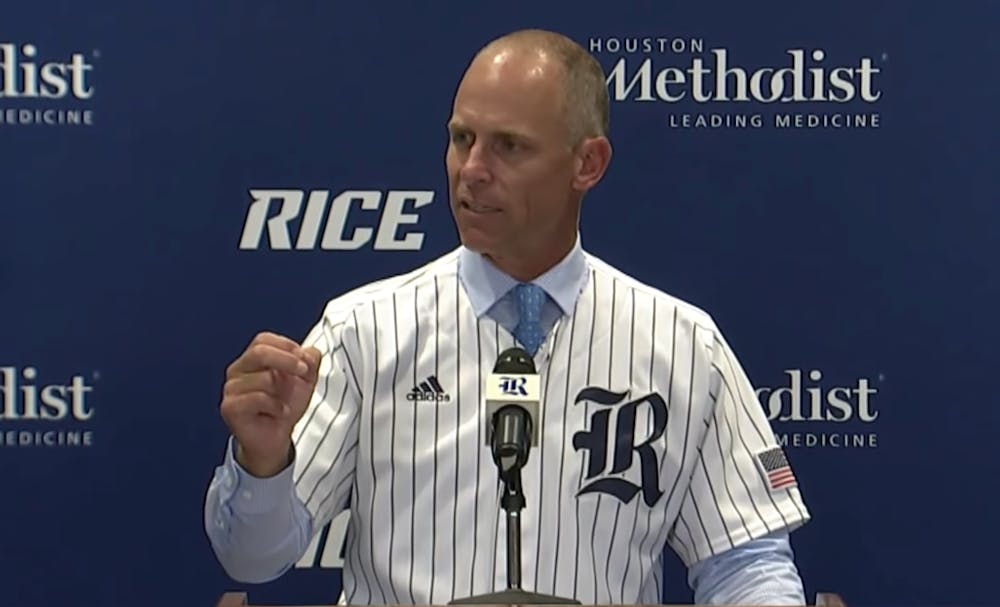 When Rice baseball won the College World Series in 2003, it became one of 28 teams since 1957 to have won an NCAA Championship. At the time, Wayne Graham was head coach of the Owls. Graham’s coaching career ended in 2018; in for Rice steps Matt Bragga.

Matt Bragga was hired by Rice Director of Athletics Joe Karlgaard in June to replace Graham as the Owls’ skipper. According to Bragga, Graham left massive shoes to fill.

“I respect everything coach Graham did,” Bragga said. “My goodness, to win 12 conference titles in a row, either regular season or postseason, is unheard of and outstanding.”

Bragga was formerly the head coach at Tennessee Technological University, where he managed the Golden Eagles for 15 seasons. Bragga said his new job makes him feel like a rookie again.

“I went from a place where I was the most tenured coach, kind of like Coach Graham here, to now I’m the newest guy on the block,” Bragga said.

Despite his amateur status in the context of Rice coaches, Bragga is a veteran in the game of baseball. He played college baseball at the University of Kentucky and played two years of minor league baseball in the Cincinnati Reds organization. At Tennessee Tech, Bragga won 56.9 percent of his games, two Ohio Valley Conference tournament championships and also qualified for the NCAA Super Regional this past season.

Bragga is the second-winningest coach in Tennessee Tech history. According to him, the key to developing long-term success in a baseball program is authenticity.

In the short-term, Rice’s new coach is focused on recruiting. Bragga said he will have to rely upon strong internal leadership to find the pulse of the locker room.

One player assigned to lead the Owls this season is senior pitcher Evan Kravetz. According to Kravetz, immediate success under Bragga is feasible.

“I hope I can help put Rice baseball back in contention for a championship,” Kravetz said.

Relying on senior leaders in the locker room doesn’t prevent Bragga from organizing and executing a demanding practice regime. Senior relief pitcher Ben Schragger said he is impressed with his new coach’s ambition.

“Coach Bragga’s energy and competitiveness are unmatched,” Schragger said. “His enthusiasm is contagious and causes us to enjoy the ‘grind’ of practice. The competition aspect of every practice forces us to value simple things, like playing catch and batting practice.”

Bragga’s ruthless efficiency in practice mirrors his priorities: his family and his coaching role. He has two children with his wife, Elisa: 13-year-old Luke and 11-year-old Emmy. Bragga said he neglects any leisure time.

“I don’t hunt, I don’t fish, I don’t golf,” Bragga said. “Any spare minute I don’t do any of those things; I hang out with my family.”

In the brief amount of time Bragga withholds for himself, he said his favorite hobby is to watch college football. At Rice, though, Bragga said he will support every sports team.

For football head coach Mike Bloomgren, however, Bragga has a particular sympathy. According to Bragga, success in a new program can take several years to build.

“Trying to come in and turn a program around is not easy,” Bragga said. “I did it at Tennessee Tech. When I inherited Tennessee Tech we were actually coming off a decent season, but we were only returning 10 percent of our plate appearances and 15 percent of our innings pitched from a year before, which was nothing.”

“Coach Bloomgren knows what he’s doing. As a fan, just be patient because good things are ahead,” Bragga said. 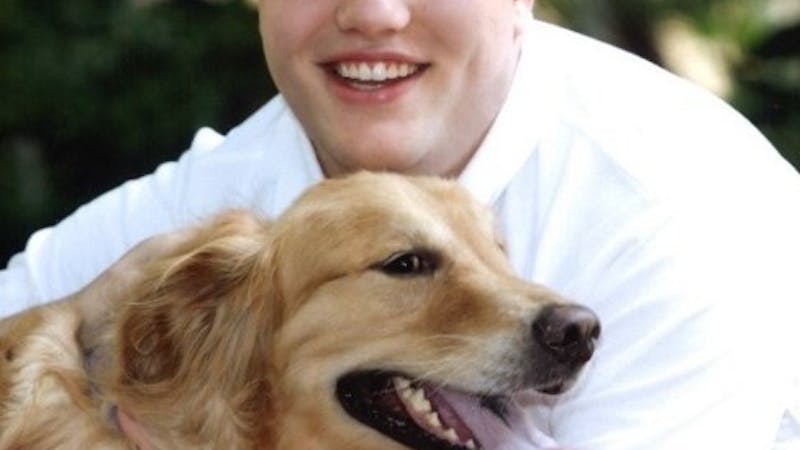 Andrew William Manias, a Martel College senior, died Feb. 9 at age 25 in Houston, Texas after contracting pneumonia. While at Rice, Manias was a history major and served on the editorial board of the Rice Historical Review.