Mr. Worldwide or: How I learned to stop worrying and travel abroad 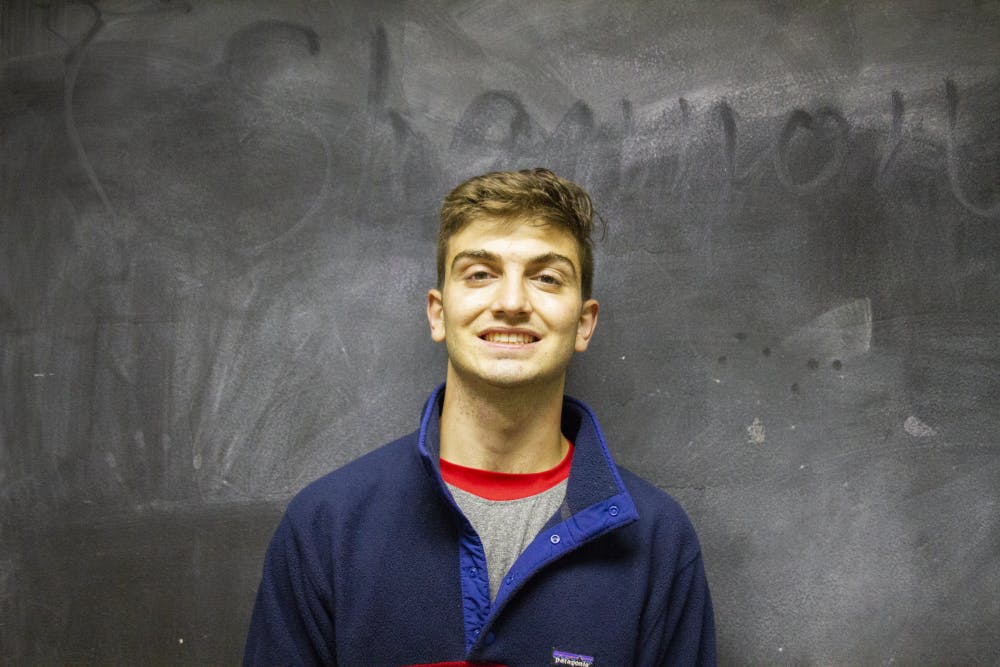 Having completed a year at Rice and having taken to heart Rice’s mantra of unconventional wisdom, I decided to spend my freshman summer a little differently than most. I decided to backpack through Europe in a journey that would span two months, 18 cities and 14 countries. Accompanying me on my first leg of the journey were fellow Owls Cole Derksen and Maxim Karoubi.

My first stop in my Europe trip brought me to London, and with my Airbnb situated in the posh Soho district, minutes away from Piccadilly Circus (London’s theater district), I hoped to truly experience the glitz and glamour London had to offer.

Given London’s large Middle Eastern population, it should come as no surprise that my most delicious meal came from Le Bab, a gourmet Middle Eastern kebab joint. The food was incredible — I had a paneer kebab with blended beetroot and crispy onion rings. You also can’t miss out on fish and chips in London — the best I had were from Rock & Sole Plaice, London’s oldest fish and chips restaurant.

There are so many attractions and sights to see in London — you might need a few weeks to properly see them all. However, there are some sights you can’t miss. St. Paul’s Cathedral is stunning and a short walk across the bridge will take you to Tate Modern, London’s premier modern art museum. A bit further north are Big Ben and Westminster Abbey, both of which are remarkable (though Big Ben is currently undergoing repair work). You also can’t visit London without experiencing the aura of royalty that encompasses the city, and there is no better place to experience that than London’s palaces. Buckingham Palace is stunning, but Kensington Palace, situated nearby at the edge of Hyde Park, is less crowded and just as beautiful. Inside the palace you’ll find the royal apartments as well as a new exhibit on Princess Diana and her most iconic fashion moments.

After the bustle of London we decided to visit a city with a reputation for being one of Europe’s quirkier cities: Amsterdam. Amsterdam reminded me of a Wes Anderson movie with a Williamsburg, Brooklyn feel — a crossover of hipster and quirky.

Without a doubt the most enjoyable thing I did in Amsterdam was bike — after all, the entire city is pretty much made for biking. The cobblestone roads surrounding the canals are fairly narrow and are easier to bike on than drive on. To get a feel for the Dutch countryside, we biked 20 kilometers to nearby Zaanse Schans located in the town of Zaandam. Biking to Zaanse Schans was extremely worthwhile, as we received unparalleled access to the picturesque Dutch countryside, the site of many landscapes for 16th-century Dutch painters. Even getting frequently overtaken by old Dutch couples on their bikes couldn’t put a damper on the trip, though it was a subject of mockery for the days to come.  Zaanse Schans was the total package; it featured numerous windmills, a mill, a clog museum and a cheese museum.

Despite the beauty of the Dutch countryside, we stayed in Amsterdam the rest of our time in the country, hoping to experience more of the city’s charm. The Royal Palace of Amsterdam is particularly lavish, and you can’t go wrong walking around the canal district. The red light district is certainly worth a pass-through as well, but beware of sloppy tourists — it’s a pretty sad scene all around.

Dutch food isn’t exactly the most exciting food, but Amsterdam is home to delicious Indonesian food as well as French fries. The Dutch pride themselves on their French fries, serving them with mayo, peanut sauce and onions. Though a strange sounding combination at first, I found myself craving them even after I had left Amsterdam.

With no plan after Amsterdam, Cole and I decided to make our third leg of the trip a spontaneous one. We looked for another city with the cheapest plane tickets from Amsterdam. After much deliberation, we decided on Stockholm, Sweden. Having never been to Scandinavia, and with my cultural exposure limited to the Swedish soccer team and myths of the Norse gods, I was extremely excited. The weather in Scandinavia was incredible; because of its position relative to the North Pole, the sun was out for more than 17 hours each day. There was an unmistakable hustle-and-bustle feeling to the city, and that atmosphere, coupled with the various parks scattered throughout, reminded me of New York City.

Integral to our experience in Stockholm was the multitude of museums there. The Nobel Museum, which is nestled in the heart of Gamla Stan (Sweden’s historical district), featured exhibits on previous Nobel Prize winners as well as a small library featuring the works of past Nobel Prize-winning authors. With its traditional red and yellow buildings and vibrant food scene, Gamla Stan was a lasting part of our experience in Stockholm. Meanwhile, the Nordic Museum, Sweden’s largest museum of cultural history, featured glimpses of Scandinavian life since the 1500s as well as a fascinating exhibit on the Sami, the only indigenous people in Sweden. The Vasa Museum, the most visited museum in Scandinavia, consists of one single exhibit — the world’s only 17th-century ship on display. My favorite experience in Sweden was my trip to Birka, an old Viking village a short boat ride away from Stockholm. The boat ride to Birka across the Swedish archipelago was almost as beautiful as the Viking village itself.

One thing that surprised me most about Stockholm was the incredible food. Coming in I had heard  the horror stories of tons and tons of fish and pickled herring, a Swedish specialty many Westerners aren’t particularly fond of. However, the pickled herring I had was quite good — definitely fishy but not too much — and the other types of meat I had there, such as moose, reindeer and wild boar, were unique and very delicious.

Though just three of the 14 countries  I visited on my trip, the United Kingdom, the Netherlands and Sweden provided an extremely diverse view of Europe. The rest of my adventure took me from Kiev to Madrid with many stops in between. Throughout the summer, I like to think, I learned a bit about planning a trip like this. My advice is threefold. First, pack light. I brought just my school backpack (massive hole in the bottom and all) which saved me from the long wait for baggage at the airport on occasions when I decided to fly. I could fit around 2 weeks’ worth of clothes in my backpack, and most hostels offered laundry for dirt cheap. Second, should you choose to revamp your style with a “Europe look,” your friends at home will relentlessly grill you for those Adidas Superstars and white jeans. Third, enjoy every second. Meet locals, try new foods, see everything you possibly can and don’t be afraid to be that annoying tourist and take millions of pictures — you’ll be thankful later.