Baker 13: The Rice tradition that leaves its mark 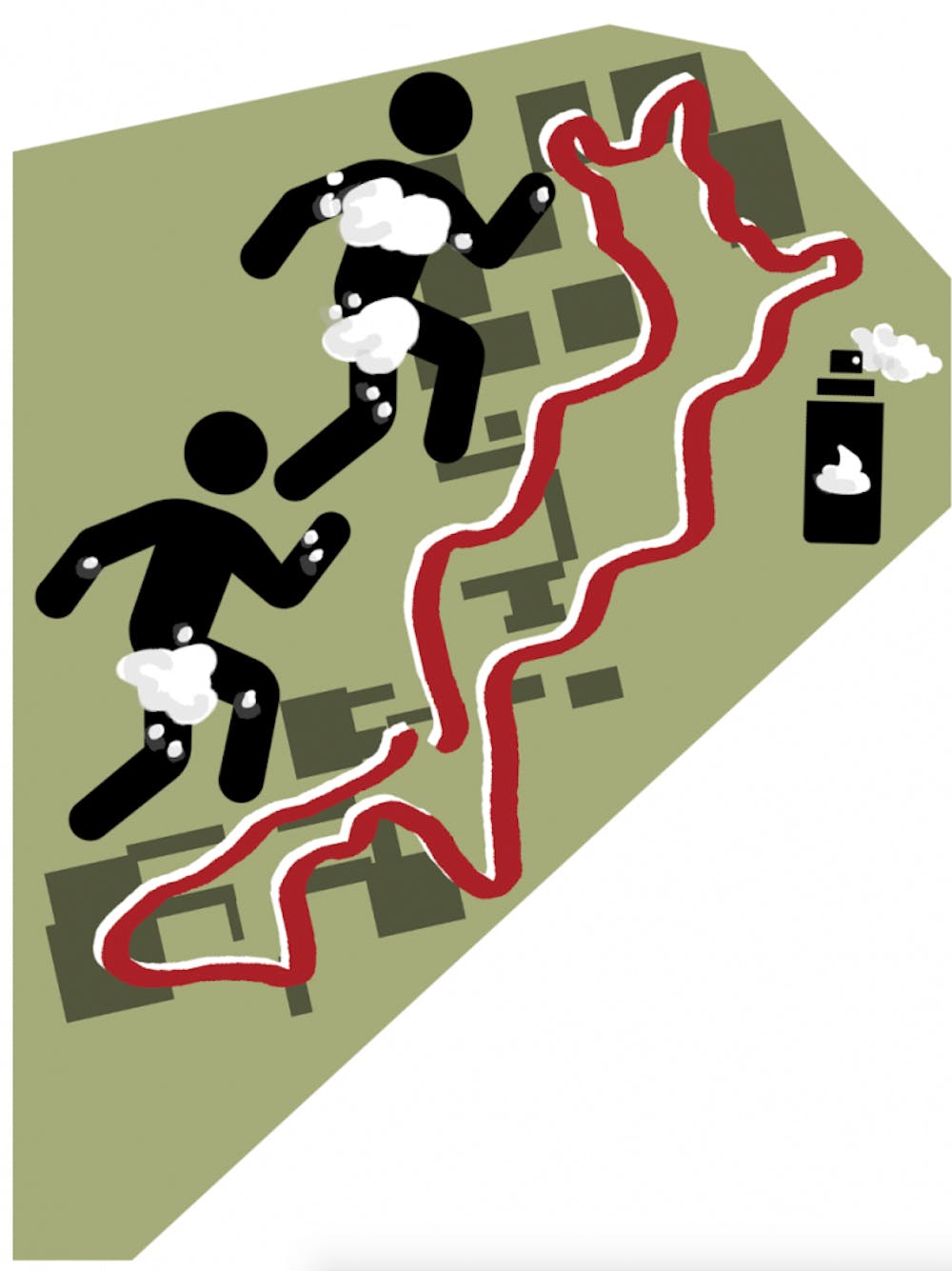 It’s said around the world that Friday the 13ths are unlucky — but they’re especially unlucky for any Rice student who decides to use the evening to get some peace and quiet. More likely than not, their tranquility will be disturbed by the thumps of rear-ends slamming walls, and their view will be obstructed by indecent drawings made in shaving cream. Lastly, their ears will be filled with an army’s rallying cry: “JOOOOOOOIN US!”

The army is nude, and their armor is shaving cream. It’s Baker 13.

In anticipation of the most popular Baker 13 run of the year, here’s a look at the tradition’s intricacies and origins.

Around 10 p.m. on the 13th of every month — as well as either the 31st or 26th — some especially daring Rice students meet outside of Baker College, cover their naked bodies in shaving cream, and take-off on their run to cover the other undergraduate colleges in shaving cream.

The organized streak, called Baker 13, dates back to 1974, according to Baker College alumnus Greg Marshall. Marshall said that around the time of Rice’s centennial, he interviewed one of the alumni involved in the original Baker 13 run. According to this individual, streaking became a fad throughout college campuses in the spring of 1974. A few streaks occurred on Rice’s campus, but they were exclusively male, so a group of Baker College students decided to organize a co-ed streak.

According to a 1974 Thresher, during lunch on Friday, Mar. 8, two female and four male students ran around the academic quad in nothing but their tennis shoes. The alumnus later heard from one of his fellow streakers that their 1974 streak started the Baker 13 tradition.

Baker isn’t the only residential college with a Halloween tradition. In face of the onslaught of naked college kids armed with shaving cream cans, some other residential colleges have developed elaborate defenses over recent years.

One such college is Brown. According to Conor Rork, Brown has had a tradition of defense for over a decade. Typically, this defense consists of a barricade made of chairs built in front of the college. But according to Rork, students at Brown will not be using their furniture to build a barricade this year because it was recently upgraded by Housing and Dining. Instead, they are planning to build a barricade out of water-filled trash cans.

Another traditional component of the Brown defense is a “freshman sacrifice,” a freshman selected to be loosely tied to a post outside the college.

“Basically, the freshman sacrifice is the Brown equivalent of a class clown superlative,” Rork said.

“This year marks the second time we will be doing a ground defense, something like the Spartans at Thermopylae,” Williamson said. “We have pool noodles instead of spears, but the adrenaline is still insane.”

Williamson said that he values the tradition because it allows students at Jones College to participate in Baker 13, whether they want to streak or not.

McMurtry College employs a slightly different defense tactic. Students at the college traditionally line up holding their weapon of choice — cookies — and feed them to the hungry streakers. In return, students participating in the run are encouraged to spare McMurtry of any shaving cream.

Mitra Mirpour, a junior at McMurtry College who coordinated the cookie defense last Halloween, said the tradition is mutually beneficial.

“It makes [the runners] happy to get a cookie at the end of their run,” she said, “and it makes us happy to not have our commons attacked.