Out in STEM club to prioritize advocacy 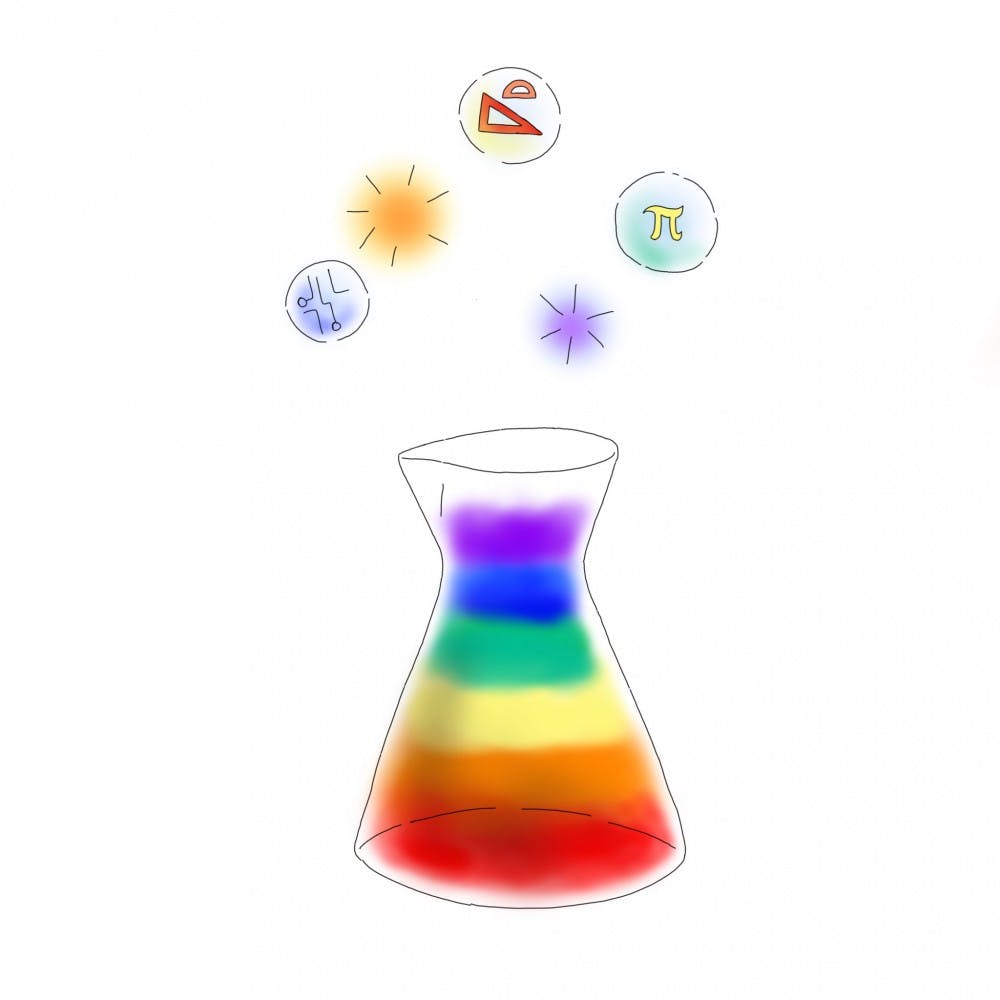 The Rice University chapter of Out in STEM identified issues faced by LGBTQ students in STEM fields at their first general body meeting.
Out in STEM, a nonprofit professional society focused on LGBTQ people in STEM, will focus its agenda on social and professional advocacy, according to founder Grace Wickerson.

Wickerson, a Brown College junior, said oSTEM hopes to educate faculty on LGBTQ issues. According to Wickerson, both Title IX and sexual misconduct trainings are mandatory for faculty, but ally training is not. As a result, some professors who want to accommodate LGBTQ students aren’t sure how to do so, Wickerson said.
Jones College junior Patrick Brady, a founding member of the club, said one professor asked him how to accommodate students who use they/them pronouns.
“I was giving a talk during O-Week and then one of the professors sat in on it,” Brady said “I mentioned using different pronouns for people who use they/them pronouns [because] people at Rice do use these pronouns and it’s just something to be aware of, and he asked me afterward, ‘Oh, so I just use they/them if they want to use they/them?’ Because he just never got ally trained and he wants to help and wants to do everything right but he just never got instruction on that.”
Students at the meeting also expressed interest in connecting with LGBTQ faculty in STEM departments. The chapter’s faculty sponsor is Jordan Miller, associate professor in the bioengineering department.
“I feel like currently I don’t know who [the LGBTQ faculty] are,” Wickerson said. “Especially, I know there are [LGBTQ faculty] in other majors, but compared to other universities, a lot of our people are in STEM. So I feel like knowing who those faculty are will really help.”
McMurtry College senior Ella Matsuda said having faculty resources is important to the LGBTQ community.
“I had an openly gay professor at Rice, kind of before I was very out, and [...] seeing him just living his life and people were only judging him for his science and nothing else did give me a little more confidence,” Matsuda said.
The club began last year, when the chapter organized a tour of NASA and attended the National oSTEM Conference in Chicago, which includes a hackathon and networking events. This year, the oSTEM chapter is on the Rice Engineering Societies Council, and will add social and advocacy aspects as well as attend the National Conference again, which comes to Houston on Nov. 16.
Eric Voigt, American Society of Mechanical Engineers conference chairman, said attending professional conferences is very important for getting internships as a STEM major.
“A lot of other universities have chapters of oSTEM and Rice either didn’t have one or it was inactive,” Voigt, a Brown College junior, said. “Now that we have this organization that Grace essentially rebooted, we’ll have a specified delegation instead of people randomly going over to conferences by themselves. It’s more organized now.”
Brady said he is looking forward to a year of increased visibility for the club.
“I would say last year, since we were a new club, the focus was mostly about sending people to the conference in the fall,” Brady said. “There wasn’t as much visibility since people didn’t really know the club had started yet. I’m excited for it to gain momentum and traction so we can have more people go to the national conference and host more events and speakers on campus.”
Wickerson said there are also opportunities for LGBTQ students from across different universities to connect at the oSTEM National Conference, in addition to professional recruitment.
“I went last year along with two other people, and it was awesome because it was a really new experience,” Wickerson said. “There’s like 700 other LGBTQ students in science, and you just get to nerd out, and science, and hang out, and chill, and talk about LGBTQ stuff, so it’s really cool and fun.”
Wickerson said long-term goals for the group include ensuring sustainability for the organization and continuing to increase awareness for the professional opportunities available to LGBTQ students in STEM.
According to Wickerson, there are companies in the Houston area with employer resource groups, which are groups within companies that represent and recruit diverse populations, including members of the LGBTQ community.
“This is something people care about,” Wickerson said. “This club has a purpose beyond just being a group of people with similar majors and similar identities.”