“iridescence” is BROCKHAMPTON’s most experimental album yet 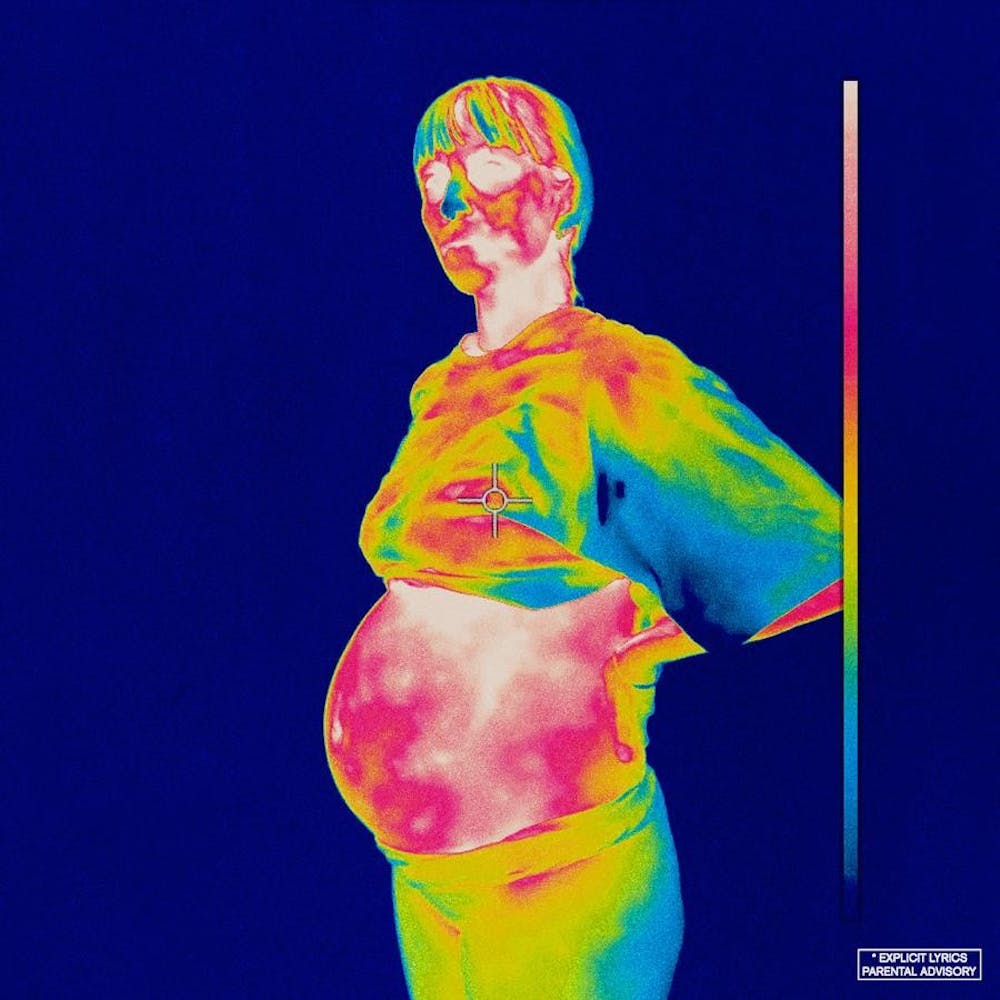 Ever wait years for your favorite artist to drop a single? Fans of BROCKHAMPTON, a hip-hop band best known for experimental vocals and eclectic instrumentals, can’t relate. With “iridescence,” BROCKHAMPTON now has four albums and an EP, an impressive feat for the four years that the 14-member band has been active. The album marks the beginning of their next “trilogy,” following after their popular “SATURATION” trilogy and the controversial dismissal of former member and co-founder Ameer Vann. Showcasing a characteristically upbeat and scattered style, “iridescence” ups the experimentation with quirkier-than-ever instrumentals, unique choruses and brutally honest lyrics.

Bursting at the seams with creatively-sourced instrumentals and disparate production styles, “iridescence” takes the listener on a wildly diverse rollercoaster. Starting with the rapid-fire “NEW ORLEANS,” “iridescence” brings sound and emotion to a crescendo with “J’OUVERT,” where rapper Joba’s verse resembles rock more than it does hip-hop. On the way, the album stops for introspection at the heavy-hitting “WEIGHT” before escalating again with dark and stormy “DISTRICT” (“Praise God, hallelujah! / I’m still depressed”). Wrapping up with slow, R&B style tracks “SAN MARCOS” and “TONYA,” “iridescence” proves that Vann’s departure has not affected the band’s ability to innovate.

As with past BROCKHAMPTON work, the album’s instrumentals often step back to favor lyrical solos with heavy-hitting, candid lyrics. In “WEIGHT,” lead member Kevin Abstract says, “Cause I’m still worried ’bout / When Ashlan finna put the razor down,” an acknowledgement of BROCKHAMPTON photographer Ashlan Gray’s self-harm issues. With the mental health and substance abuse issues that follow with fame and controversy, Abstract voices his concern for his fellow band members. In “J’OUVERT,” Joba says, “Couldn't last a day inside my head / That's why I did the drugs I did,” validating Abstract’s concerns. The album acknowledges the problems that the band has experienced in the wake of fame and Vann’s departure, creating a dark undertone not as easily found in past work.

Although exciting, the rollercoaster nature of “iridescence” begs for more purposeful cohesion. According to Abstract, the album was written, recorded and produced in a mere ten days after its first iteration, “PUPPY,” was scrapped following Vann’s departure. Clocking in at 48 minutes and with 15 tracks, the packed nature of the album gives an overall impression of earnest but scattered disorganization. This is further reiterated by the band’s first-ever features (Jaden Smith in “NEW ORLEANS,” and London Community Gospel Choir in “THUG LIFE” and “SAN MARCOS”) and increased use of voice samples. These elements, on top of the already jam-packed songs (often five to six members involved per song), can easily overwhelm a casual listener.

Indeed, those hungering for the vanilla sounds and easy lyricism of past hits like “STAR” might be disappointed by the complexity of “iridescence.” But a boy band founded from a Kanye West fan forum – the first band to rise in the hip-hop charts despite openly gay lyricism – was never meant to be a band that stuck to conventions. With a sound rooted in constant innovation, “iridescence” only continues BROCKHAMPTON’s meteoric rise to the top of hip-hop.