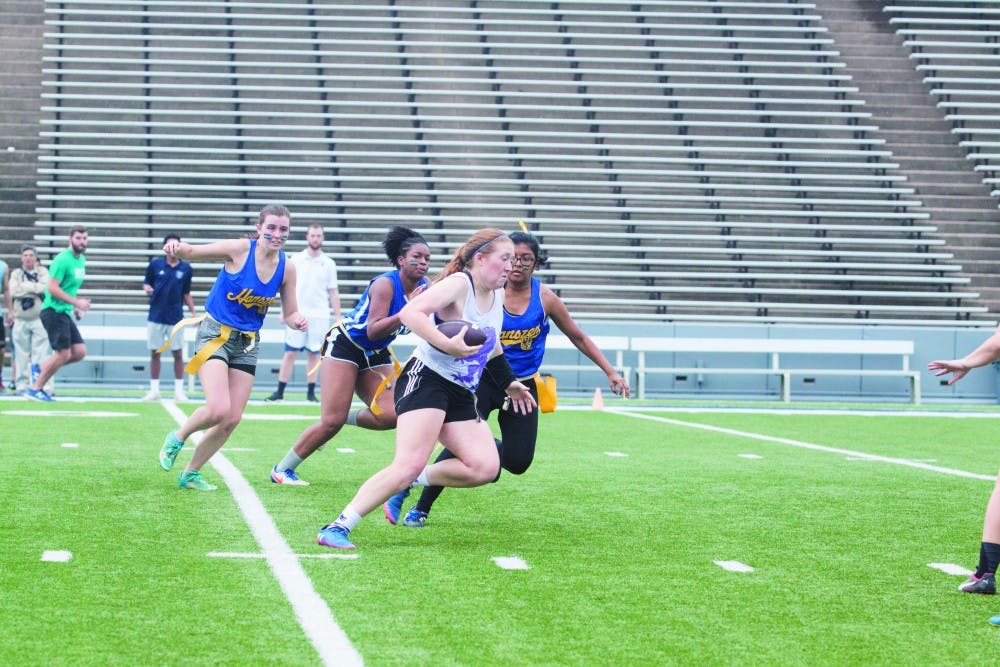 “We actually came up with the schedule with the Powderpuff coordinators,” Watkins said. “When they thought of the idea to make coed flag and Powderpuff games on separate weekends, we thought it was a great idea.”

Tim Nonet, a Brown College senior, said he met with Watkins to express his concerns about the schedule changes. He said he prefers the old schedule, in which most sports were offered during both semesters.

“I think that if you don’t play soccer in the fall, then less people are going to play in the spring — there’s less talk about it; it’s not a routine,” Nonet said. “[I prefer] having the sports year-round, at a [commitment] level where you’re happy to play.”

Nonet also said he was dissatisfied with the intramural department’s lack of communication with students about the schedule changes.

“It’s kind of obnoxious that they didn’t ask for more input from students,” Nonet said. “And when the student input was asked for, they kind of ignored it.”

Quinn Mathews, a McMurtry College senior, said she believes the changes will create more conflict over fields. One result is that all four flag football leagues will now play on the same field, which will complicate scheduling and rescheduling games, according to Mathews.

“You can see [the change] already affecting schedules,” Mathews said. “We are only playing five regular season games and one preseason for Powderpuff instead of seven regular season and one short preseason game like we did last year.”

According to Taylor Scott, a Baker College junior, it will be difficult for students to play both Powderpuff and coed flag despite the alternating schedule.

“I’m personally not a huge fan of the change,” Scott said. “Along with playing quarterback for Baker’s Powderpuff team, I usually like to play coed flag as well. With both Powderpuff and coed seasons in the fall, I don’t think I’ll be able to commit the time I would like to both teams. I also won’t have the chance in the spring to work on my skills in live gameplay.”

The number of intramural sports offered now is greater than last year, according to Watkins. New additions include a three-on-three basketball league and a four-on-four flag football league, both of which will be offered during the spring semester.

“We are always open to listening to student feedback,” Watkins said. “We love to answer any questions you might have. I have heard a lot of students who want spikeball. We might even consider adding pickleball.”