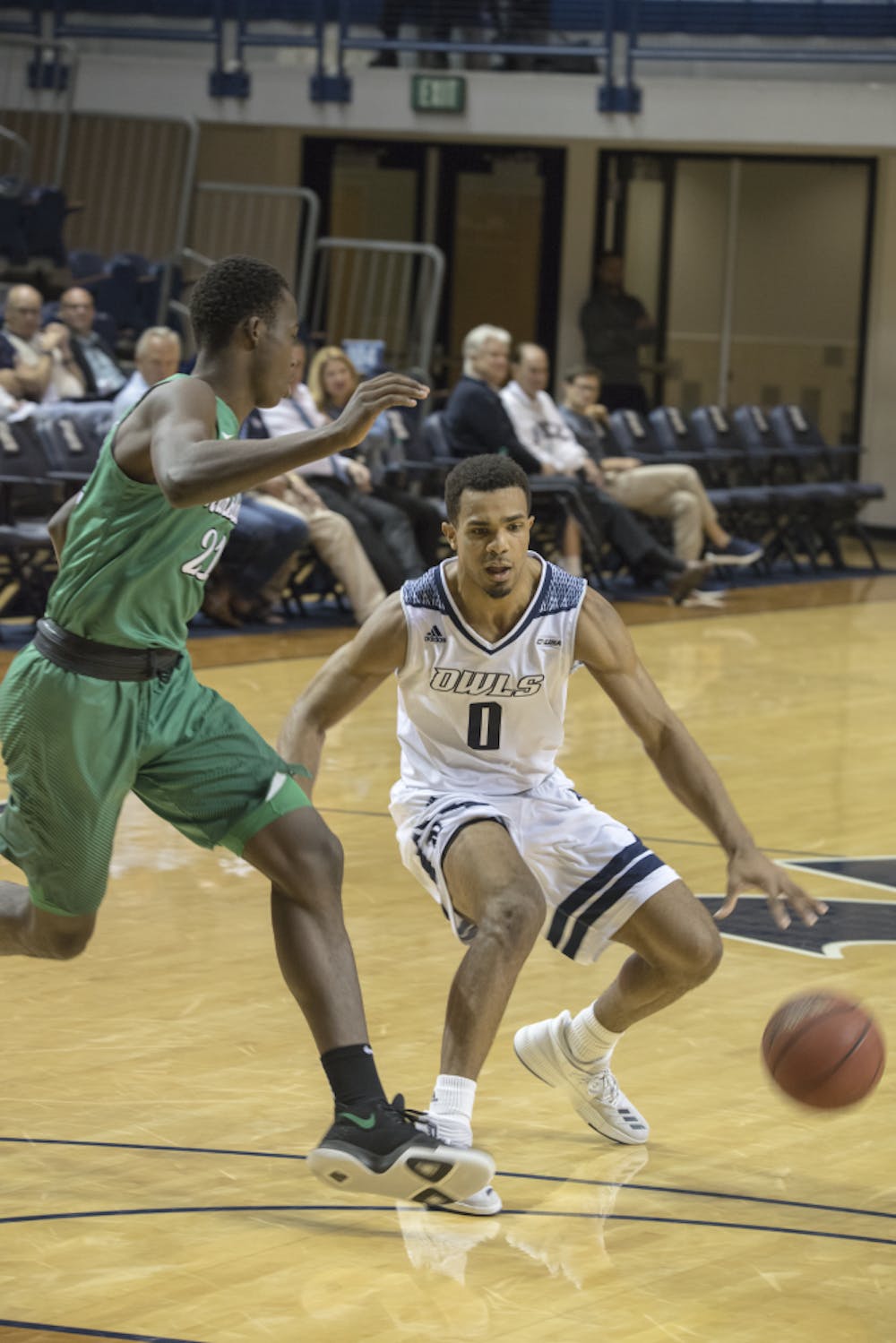 Two of the men’s basketball team’s top contributors, Connor Cashaw and Najja Hunter, confirmed this week that they will transfer out of Rice, bringing the total number of departing players after this season to six. Cashaw, who was a junior last season, will graduate early and transfer to Creighton University as first reported by Jon Rothstein of CBS Sports and later confirmed by the Thresher. The Thresher received confirmation from rising sophomore Najja Hunter of his decision to transfer, although he said he has not yet decided which school he will attend next year. Hunter’s departure means all three of the freshmen from last season’s team will not return.

Cashaw, who was named to this year’s Conference USA All-Academic Team, was the Owls’ leader in points per game (15.5) and rebounds per game (7.1), two figures which rank among the top 15 in the conference. In his three years at Rice, the Illinois native started 82 games for the Owls and logged over 1,000 points and 500 rebounds. This year, Cashaw was also the only returning starter from the 2016-2017 team to win 23 games.

“Rice has impacted me socially, academically and athletically,” Cashaw said. “My experience at Rice has allowed me to grow as a person and develop new skills. I am fortunate to have met my best friends at Rice.”

Because he will graduate after finishing his degree this summer, Cashaw will be eligible to play starting next season for Creighton. The Creighton Bluejays play in the Big East Conference and finished this past season with a 21-10 record, earning an NCAA tournament berth as a No. 8 seed. According to Cashaw, when deciding on a school, Creighton was an easy choice.

“This opportunity will allow me to continue to build on the strong education that I received here at Rice,” Cashaw said. “Additionally, it will strengthen my leadership skills and prepare me for the future.”

Hunter, originally from New York City, came on strong late in his freshman season. He started 10 games, averaging 6.4 points per game, and ended the year on a high note, averaging 19.3 points in his last four games. For his success in the latter portion of the season, Hunter was voted as the C-USA Freshman of the Week in late February. According to sources close to Hunter, the University of Dayton, the University of Tennessee, Chattanooga and the University of Arkansas, Little Rock are interested in recruiting him. Hunter said he would miss his teammates and other friends he has made at Rice.

Head coach Scott Pera said he is still hopeful about the future of Rice men’s basketball despite Cashaw and Hunter’s decisions to transfer.

“It is unfortunate that Connor and Najja chose to leave Rice, but we will continue to put all our efforts into building a program of young men that strive to do well in the classroom and on the court,” Pera said. “I am optimistic about the direction of the program in spite of these recent departures.”

The transfers of Cashaw and Hunter add to the list of players who have transferred out or plan to transfer out of Rice this offseason, including Malik Osborne, Miles Lester, Austin Meyer and walk-on player Grant Youngkin. Osborne committed to Florida State University, Lester made the switch to Wake Forest University and Youngkin transferred to Southern Methodist University. At this time, Meyer’s plans are unknown.

This is the second consecutive year that six players have transferred from the men’s basketball team. To replace the departing players, the Owls will add an unusually large recruiting class. In addition to previously reported recruits such as Payton Moore, Chris Mullins, Trey Murphy and Quentin Millora-Brown, the Owls have added two more players: incoming freshman Drew Peterson and graduate transfer Jack Williams. The six new players--in addition to Josh Parrish, who is coming off of a redshirt year after transferring from Texas Christian University--will aim to help Rice improve going forward. Pera said he is excited to work with this year’s team.

“I cannot wait to see this group grow together and prepare for the upcoming season. We are moving forward and not looking back,” Pera said.