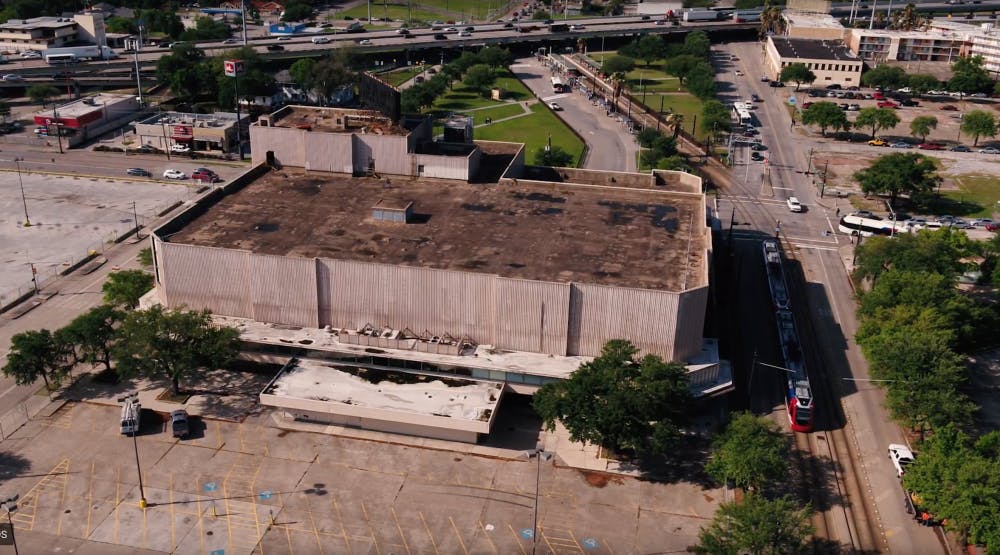 The Rice Management Company will invest up to $100 million in endowment assets to transform its Midtown Sears property into an innovation hub anchoring a larger innovation district, according to Rice University President David Leebron.

Leebron, who announced plans for the innovation district alongside Houston Mayor Sylvester Turner on April 12, said the investment aligns with Rice’s goal outlined in the Vision for the Second Century to enable Houston to become a leading hub for technology and innovation.

“We expect the successful development of this hub, along with other centers of innovation located elsewhere in the city, to drive Houston’s reputation as a center for innovation and start-up companies and provide jobs and related educational opportunities,” Leebron said.

In January, Houston failed to make the list of 20 cities Amazon will consider as the site for its second headquarters. Austin and Dallas both made the list. The Sears location, which includes the former Sears building and a 9.4-acre site, was one of several that Houston proposed to Amazon in its bid for the headquarters, according to Leebron.

The aim of the Midtown innovation district is to make Houston a world leader in data science and digital technologies focused on energy, industrial, health care and logistics industries, according to Leebron. Leebron said he worked with the Rice Management Company, which manages Rice’s $5.8 billion endowment, the mayor’s office, Station Houston, the Greater Houston Partnership, Houston Exponential and HR&A Advisors to develop plans for the innovation district.

“We aim to attract talent and support all stages of the innovation life cycle through state-of- the-art resources, incubators and accelerators, classroom and event space, technology, prototyping facilities, networking opportunities and entrepreneurship support and training,” Leebron said in a press release.

In October, Rice Management Company bought out the the remaining 28 years of Sears’ lease on Rice’s six-acre property in Midtown Houston and also acquired more than three additional acres previously owned by Sears. The six-acre property was acquired by Rice 75 years ago, Leebron said, and is a part of a portfolio of endowment investments.

According to Leebron, Rice students and new graduates will be able to secure space in the innovation hub to develop start-up projects. Leebron also said the hub will provide jobs and educational opportunities for students given its location a light-rail ride away from campus.

“Other universities are invited to participate at an accessible cost as tenants and members of the innovation hub, and to provide classes in the classroom space that will be part of the amenities of the building,” Leebron said.

Turner said the innovation district is crucial for the long-term resilience of Houston.

“It will be this city that will be the smart city of the world, and quite frankly this [innovation district] will push us forward,” Turner said. “I look forward to a brand new day.”