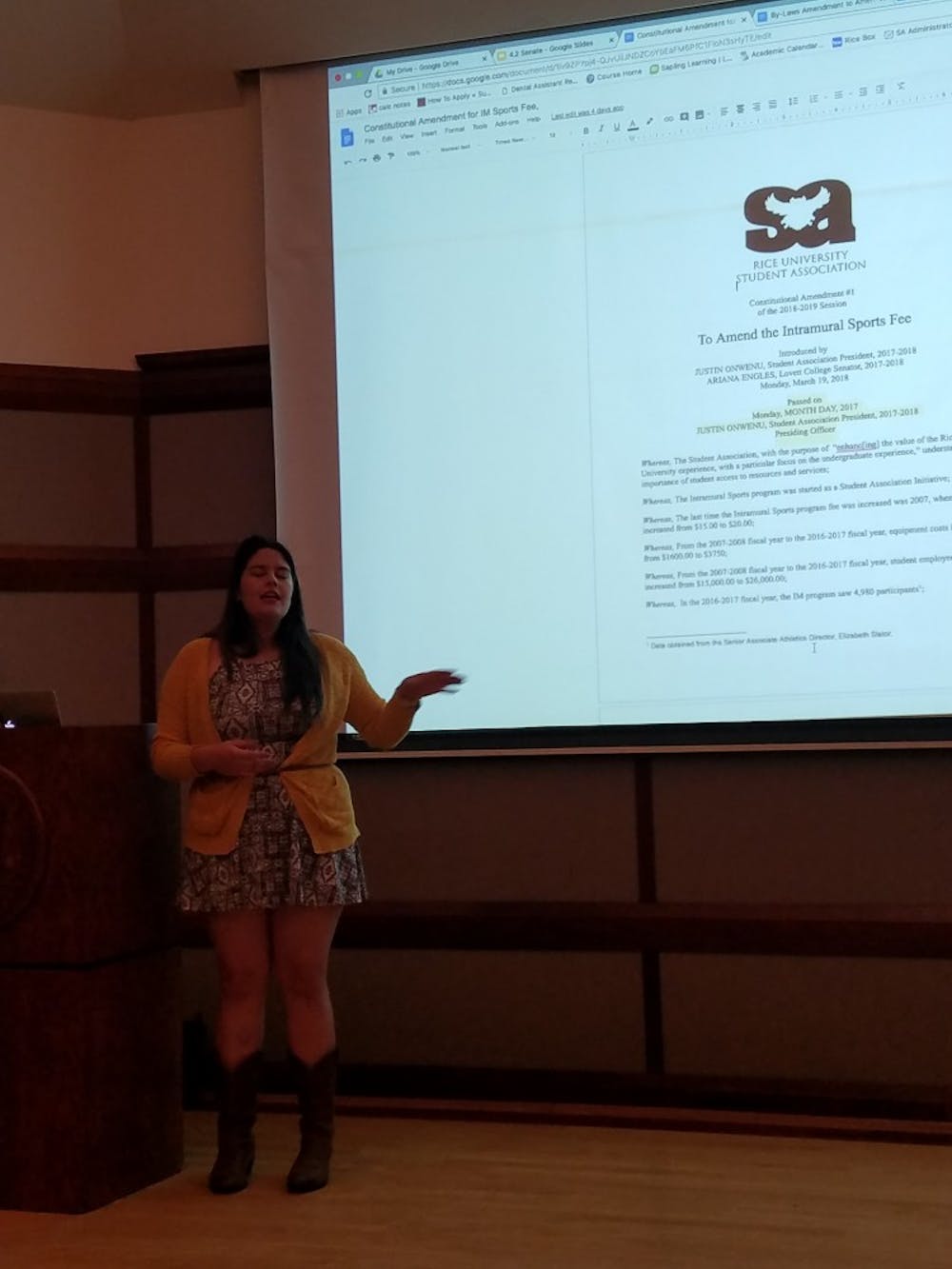 A student body referendum will decide whether to raise blanket tax fees $5 to cover intramural sports expenses, after the Student Association Senate unanimously passed a resolution supporting the increase on Monday.

The blanket tax increase will be implemented if it receives a two-thirds approval by 20 percent of the student body on a campuswide referendum in the upcoming second-round SA elections.

“[Intramural sports] is one of the most followed programs at Rice so we want to make sure it continues,” SA President Ariana Engles said at Senate when introducing the legislation two weeks ago.

Engles said the bill will increase the portion of blanket tax that goes directly to the intramural sports program at Rice from $20 to $25.

According to Engles, the increase is necessary to sustain the intramural sports program due to cost increases since the last time it was increased in 2007, from $15 to $20. Engles said that causes for the increase in cost include the construction of the new Recreation Center, a federally mandated increase in salary for staff and the increased minimum wage for IM officials.

Second round SA election voting will start on Monday, April 9, at 10 p.m.