Tuition, financial aid to increase for next academic year 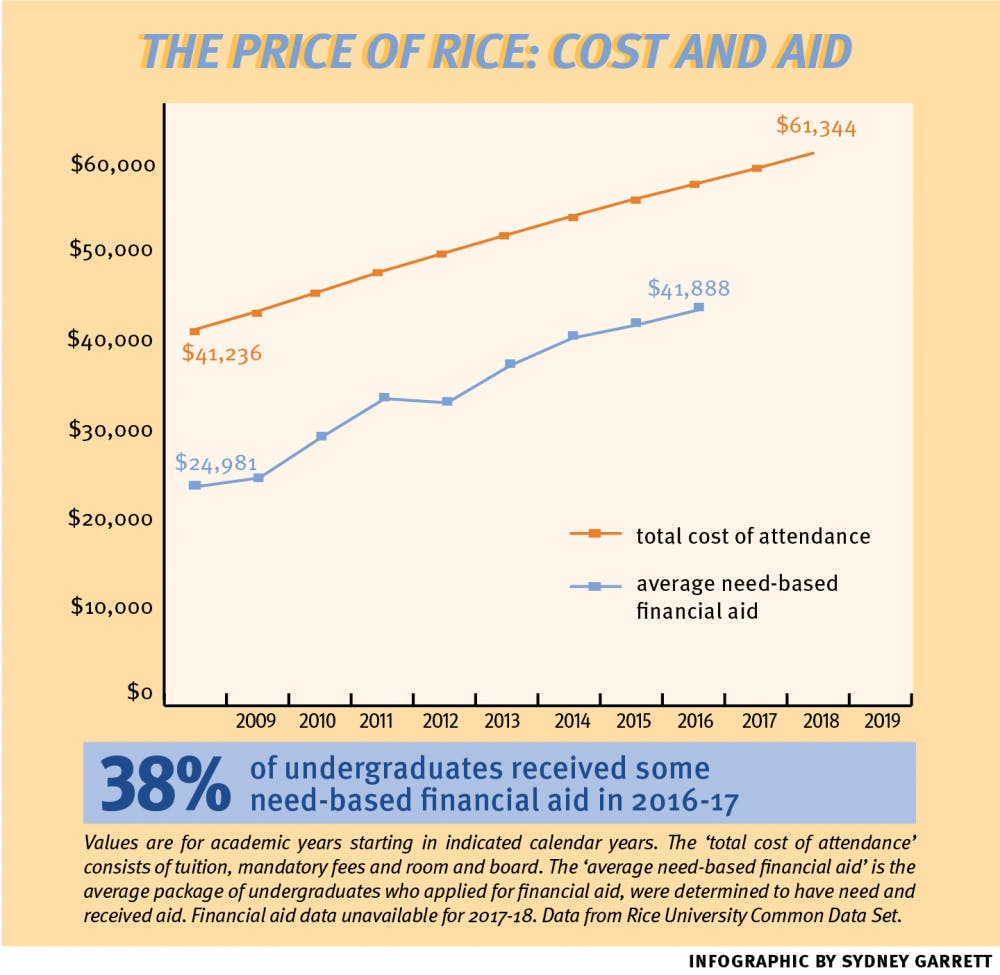 The total cost of undergraduate attendance at Rice University will increase by 3.2 percent to $61,345 for the 2018-2019 academic year, according to Vice President for Finance Kathy Collins.

The increase in tuition is slightly higher last year’s increase of 3.1 percent, which had been the lowest tuition increase Rice had implemented in over a decade. According to Collins, the annual upward trend in tuition is due to consistently increasing costs.

The financial aid budget will increase by 10 percent this year, in comparison to last year’s increase of 4 percent. Increasing affordability and accessibility among low-and-middle-income applicants is one of the stated goals of Rice’s Vision for the Second Century.

“There's always a fair amount of estimating, because we don't know exactly who's going to be here,” Collins said. “But we know that we'd like to increase the percentage of the class that is low-and-middle-income. We use Pell as a measure of that. We're hopeful that we'll have more students from Questbridge.”

Collins said that 65 percent of the operating budget goes toward compensation, including benefits, for employees and students, while another significant portion of revenue goes toward the library and operational costs.

Rice’s tuition increase for the 2018-2019 school year is consistent with several other private universities that have released projected rates ranging from 3 to 4 percent. According to Collins, however, Rice is able to maintain an overall lower attendance cost than many of its peer institutions due to its endowment spending, which comprises 40 percent of university revenue.

“It's fortunate that we have the endowment of the size that we do. We're spending it to support the operations of the university, that helps us moderate the rate of increase in tuition,” Collins said.

The original version of this article incorrectly stated that 65 percent of the operating budget goes towards faculty expenses; the article has been edited to correct the error. [4:30 p.m Mar. 23]